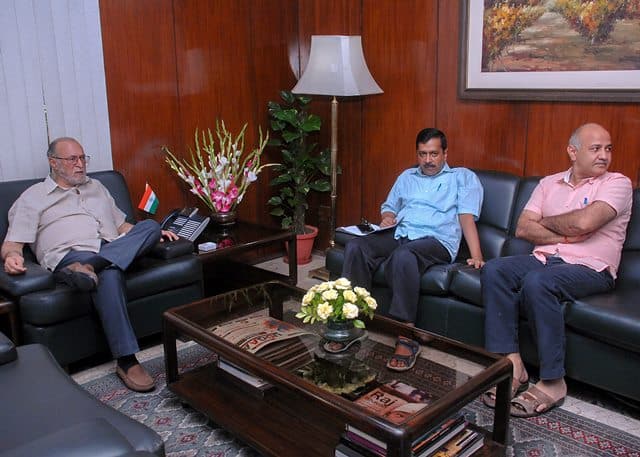 — Arvind Kejriwal (@ArvindKejriwal) July 4, 2018 The ruling vindicates Kejriwal, who has long accused Baijal of preventing him from functioning properly at the behest of the Centre. It also lays down for the first time clear guidelines for the LG’s conduct, and delineates the powers of the two branches of the executive in Delhi, which does not have the status of a full state yet elects its own MLAs and government. The Supreme Court said that except for three issues — public order, police and land — the Delhi government has the power to legislate and govern on other issues. A senior government official said that w ith the apex court’s order, services will now come under the Delhi government and the political executive will have a say in the transfer and posting of bureaucrats. Baijal did not immediately comment on the ruling. The verdict set off celebrations among Aam Admi Party supporters and workers, who danced in the streets, distributed sweets and beat drums. “A big victory for the people of Delhi … a big victory for democracy,” Kejriwal tweeted. His deputy, Manish Sisodia, termed the judgement “historic” and recalled the landmark mandate that the people of Delhi had given to AAP in the Assembly elections in February 2015 when the party won 67 of 70 seats. In three separate but concurring judgements, Justices A K Sikri, A M Khanwilkar, D Y Chandrachud and Ashok Bhushan said there is no independent authority vested with the LG to take independent decisions. The SC said all decisions of the Council of Ministers, who are elected representatives of the people of Delhi, must be communicated to the LG but that does not mean his concurrence is required. It was ruling on a batch of appeals filed by Kejriwal’s government challenging the Delhi High Court’s order holding the LG as the administrative head of the national capital. Disagreeing with the High Court order, the Supreme Court said the LG should not act in a mechanical manner and stall the decisions of the Council of Ministers. It said the LG has not been entrusted with independent powers and he can refer issues on difference of opinion to the President only in exceptional matters and not as a general rule. The Congress party said the BJP and the AAP should now restart the development of the national capital. “Since the apex court has clarified about the powers in Delhi, we hope that the development, which has been stalled ever since the Congress was voted out of power over four years ago, will start again,” Delhi Congress chief Ajay Maken told PTI. The Supreme Court said the LG needs to work harmoniously with the Council of Ministers and an attempt should be made to settle the difference of opinion with discussions, the apex court said. In his separate verdict, concurring with the rest of the judges, Justice Chandrachud said the real power vests with Council of Ministers and the LG must bear in mind that it is not he but the Council of Ministers that will take the decisions. The judge also said the LG must realise that the Council of Ministers is answerable to the people. “There is no independent authority vested with LG to take independent decisions,” he said. Justice Bhushan, who also penned a separate but concurring verdict, said all routine matters do not require consonance of the LG. The tussle between the LG and Kejriwal reached a peak earlier this year when Chief Secretary Anshu Prakash made it clear that he is answerable only to the LG, which resulted in a confrontation at the Secretariat and Prakash was slapped by an AAP MLA. Subsequently, Delhi bureaucrats went on a virtual strike, refusing to attend meetings called by their ministers. Kejriwal raised the stakes by staging a sit-in in the the visitors’ lounge at the LG’s residence for several days before a compromise was hammered out. The AAP government claims that the LG has repeatedly thrown “hurdles” in the way of the functioning of an elected government through a “wilful interpretation” of the Constitution. “Whether it was the issue of installation of CCTV cameras, ration scheme, transfer and posting (of officials), interference was being created,” Sisodia, the deputy chief minister, said. “What the court has said that people are supreme, elected government will be supreme, and LG has no power to act arbitrarily (‘LG ke paas manmani karne ki power nahn hai’),” he added. The “historic mandate” given to a new party was for development, welfare of the people and to facilitate resumption of long-pending works, he said. Soon after the verdict, Kejriwal tweeted he will hold a Cabinet meeting later today. “Called a meeting of all Cabinet Ministers at 4 pm at my residence to discuss critical projects of public importance which were blocked so far,” Kejriwal tweeted. (PTI)]]> 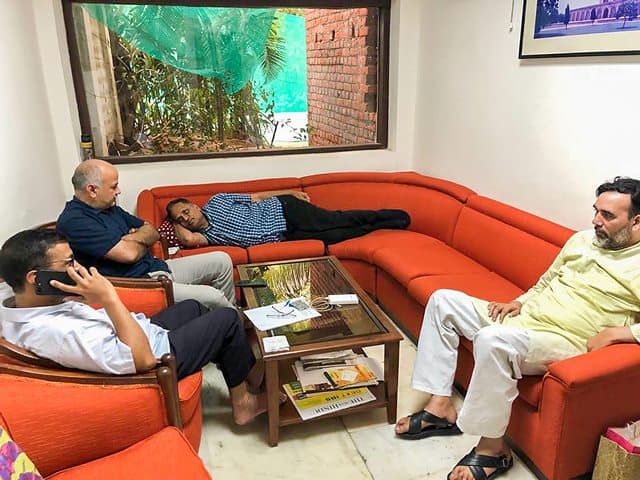