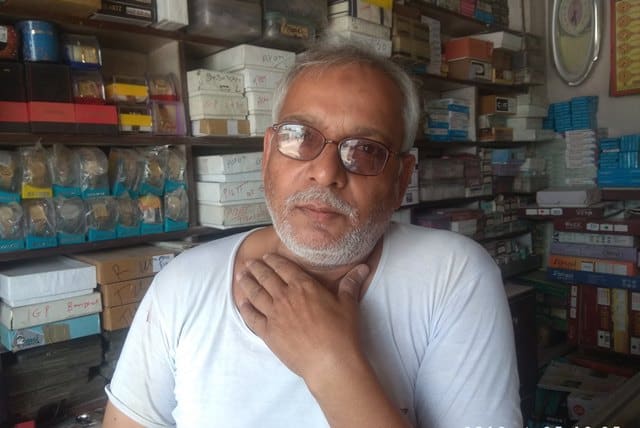 Munna, 64, a timepiece shop owner in Jayas, a small town in Amethi Lok Sabha seat, says he finds immediate recognition as a voter of Rahul Gandhi’s constituency. Jobs and development are minor worries; dignity is important, he says

Identity. This is what the people of Amethi have got from electing Rahul Gandhi as our leader for the Lok Sabha, over and over again. Yes, I agree that not much has changed in this area over the last many years.

But Amethi waalon ko ek pehchaan toh mili hai (Amethi voter has a distinct identity these days). Whenever I travel to other parts of the country, I identify myself as a resident of Amethi. People immediately respond by saying, “Arrrey, Rahul Gandhi ki Amethi.” This gives me – and of course the same must be true for other citizens of this constituency – a sense of pride. If Rahul ji goes away, what will Amethi be remembered for?

Development will happen at its own pace. If Congress forms government at the Centre, it will be easy for them to set up industrial projects here, improve the basic infrastructure. Already, the power situation has completely transformed in last one decade.

Jobs remain a worry for the youth here. This is not a fertile belt. So people for ages used to migrate in search of work to big cities nearby like Lucknow; my own two sons work there. Many have migrated to Gulf countries as skilled labour and send petro dollars home. Lord has provided livelihood to all of us, and with dignity.

There was a time when riots would occur in response to communal tension in other parts of the state. But law and order has improved. And I believe the reason for this is that if something happens in Amethi, it will be flashed on TV news channels immediately. You know why? Because this is Rahul Gandhi’s constituency.

Smriti Irani in Amethi has no chance of toppling Rahul ji. She may get a fraction of votes from Brahmin voters here and there. Also there are RSS and a couple of new Hindu outfits who will support Modi. Rest of the people will cast their vote in favour of Congress president. Rahul ji raja aadmi hain (Rahul Gandhi is a royal personality). Even during Modi wave in 2014, he had remained deeply entrenched in Amethi. This time the margin of his victory will be bigger, you watch.