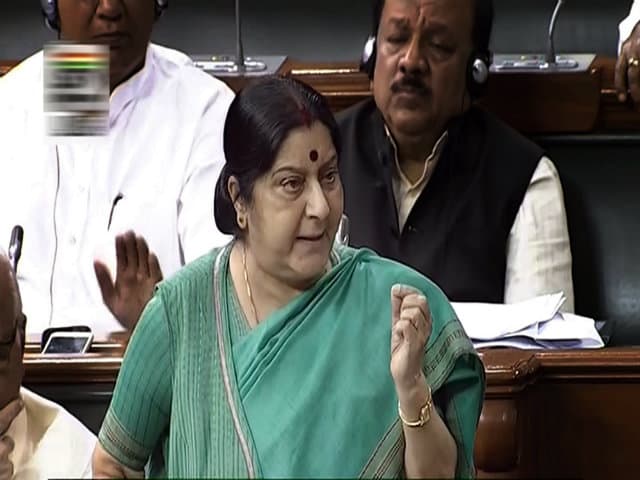 Amazing how a lady like Sushma ji has buckled and prostrated herself in front of Chinese power. Absolute subservience to the leader means our brave jawan has been betrayed on the border. #Doklamhttps://t.co/UALkmH0jZ1

— Rahul Gandhi (@RahulGandhi) August 2, 2018 He also tagged a media report on a US Congresswoman claiming China has “quietly resumed” its activities in the Doklam area and asserting that neither Bhutan nor India sought to dissuade it. The claim, however, was denied by New Delhi. Swaraj had told the Lok Sabha that the main objective of the informal summit between Prime Minister Narendra Modi and Chinese President Xi Jinping in Wuhan was to ensure mutual comfort, mutual understanding and mutual trust between the two leaders and all the three objectives had been achieved. Congresswoman Ann Wagner had made the claim during a Congressional hearing of the US House Foreign Affairs Sub-Committee for Asia and the Pacific last week. (PTI)]]> Prime Minister Narendra Modi on Monday hit back at Rahul Gandhi over his ‘hugplomacy’ jibe saying, it was the Congress leader who hugged the Chinese Ambassador when the Indian Army was in a stand off with Chinese troops in Doklam earlier this year.

“When the Indian Army was standing eye-to-eye with Chinese in Doklam for 70 days, you were hugging the Ambassador of China. When the Indian soldier stood for the country, you were hugging the Chinese Ambassador. For whom? I am asking you a question,” he said addressing a public meeting resuming his election campaign in north Gujarat after a break. “This is Modi. He has been nurtured in this land of Sardar Patel…The people who have looted the country will have to give it back,” he said, reminding his audience of the surgical strikes carried out last year by his government after the Uri attack. “I asked a Congressman to write down the names of all the Presidents of Congress. The people who do not know the names of Congress leaders, how will they develop our nation?” Modi asked.

On reaching Gujarat tomorrow, I will first go to Mata no Madh in Kutch and seek the blessings of Ashapura Mata.

Tomorrow I begin my rallies across Gujarat. My first rally will be in Bhuj, Kutch. This district is close to my heart. Its spirit of resilience after the 2001 quake was seen by the world. Since then, Kutch has seen record progress, which has benefitted all sections of society.

He said the Congress cannot think beyond one family. “How many people remember Kamaraj or Debharbhai (U.N. Dhebar), who were presidents of Congress nationally. Many in the party would not even know that Debharbhai was a Gujarati. The party that does not go beyond one family, what do you expect from them?” he added. Modi expressed his confidence that the BJP in Gujarat will win 151 seats in the 182-member assembly. On Saturday, Gandhi had in a sarcastic tweet raised questions over Indian diplomacy after a Pakistani court allowed release of Mumbai terror attack mastermind Hafiz Sayeed from jail. “Narendrabhai, baat nahi bani (this is not done). Terror mastermind is free. President Trump just delinked Pak military funding from LeT. Hugplomacy fail. More hugs urgently needed,” Gandhi tweeted on Saturday morning.


Once upon a time a bunch of young jackals roamed the jungle imitating a roar, terrifying squirrels and pretending to be the new kings of the jungle. Then the lion roared! -This is a story from Panchatantra, no connection with Gujarat!

Friends, I m contesting from Vadgam-11 seat of Banaskantha district of Gujarat as an independent candidate. We shall fight, we shall win.

Mega push by BJP in Gujarat. The party, except the PM himself, fields 26 ministers in the campaign to counter what it says a “nobody” called Rahul Gandhi! #GameOfGujarat

It was only the close-confrontation that was resolved at Doklam. The Chinese claims were not rescinded. We r dealing w/a stubborn adversary. https://t.co/pMfMYpmM6d

— Nirupama Menon Rao (@NMenonRao) October 27, 2017 “I would like to reiterate that there are no new developments at the face-off site and its vicinity since the August 28 disengagement. The status quo prevails in this area,” he stated adding that any suggestion to the contrary was “incorrect and mischievous”.

Has ‘Doklam Agreement’ been breached ? What is the threat assessment made by Modi Govt viz-a-viz presence of Chinese troops? 3/

Indian and Chinese troops were locked in an over two-month standoff at Doklam. The crisis, which erupted in June over Chinese moves to build a road in an area claimed by Bhutan, ended in August, with both sides deciding to “disengage” from the face-off point. (IANS) // ]]> 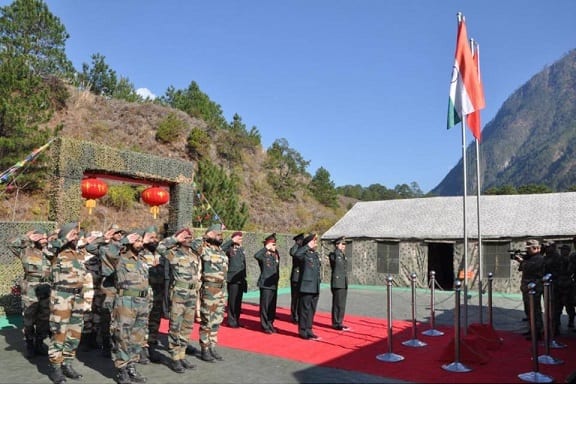