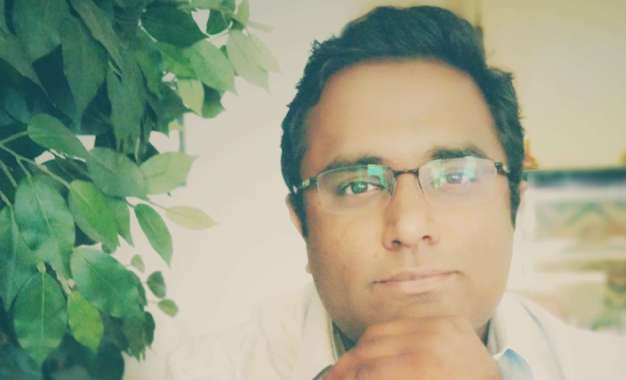 For 33-year-old journalist Shashank, shifting to Delhi 12 years ago was a good career move. The dust that hangs over the Capital’s roads, however, gave this young man permanent eye damage. He’s had to almost quit biking, one of his loves. His story:

It has been 12 years since I shifted to the national capital. Having completed my graduation from Kolkata, I shifted base to Delhi in July 2006. And the city became my home. Sadly, however, the city that gave me a new life and a new perspective also took away part of the vision in my left eye. But then it’s not the city which is to be blamed but its ever-increasing, toxin-rich pollution that left its mark on me in the shape of a permanent scar on the cornea of my left eye. The problem was first detected two years back when both my eyes began to remain watery and red. I was advised some eye-drops but to no relief. My vision was blurred and I was unable to open my eye in bright light. An advanced scan led to the discovery of two damaged layers in my left eye. Now I permanently wear glasses and have a -2.7 correction in my left eye. It’s impossible to step outside without sunglasses as my eye is now too sensitive for bright sunlight. How this problem started is the real shocker. It’s right in front of us but nobody never taken it seriously. If you drive in Delhi, you are well aware of the dust or sand that is encountered on the road, especially Ring Road. These dust particles are the main components of Particulate Matter (PM10) in the immediate environment. I’m an avid biker, and I have always made sure of using a good quality helmet and other protective gear. The dust was getting through all the time, even though I had started splashing water in my eyes as a rule after every ride. Rubbing my eyes, a spontaneous reaction,  made the situation worse. Over a period of time, I developed a permanent scar in one eye, and there it will remain for life. I have to be a part of this city — my family, friends and career are here. So I wear glasses all the time and have cut down on biking. Delhi’s pollution is silently killing us all every day and it’s high time we sit up, take note and act.

More from the Gas Chamber

‘Delhi’s air is killing us all’