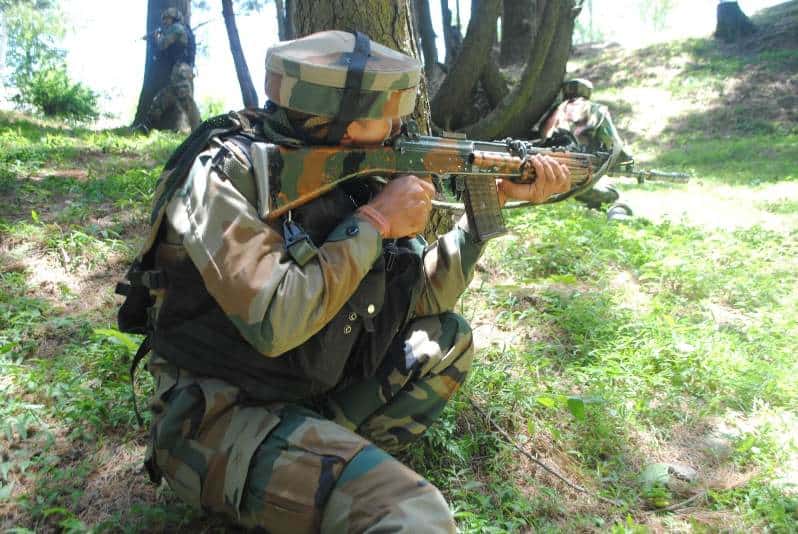 Infiltration by terrorists is a fact of life on the LoC. Most of those who cross over to execute specific terror missions are hardened, trained and ready to die. This makes them deadly opponents indeed. Infantrymen along or near the LoC are often tasked to hunt down and eliminate such infiltrators. This is one such story, an operation I led almost two decades ago close to the LoC in the Valley, and was later honoured with a gallantry award for.

One of our informers told us of a group of four Lashkar-e-Toiba men holed up in a small village in our operational area. These men had moved from village to village deeper into Indian territory every night since infiltrating three or four days ago, we were reliably told. Despite what one hears on the TV, the Indian Army takes all the care it can to keep civilians out of such encounters.

We cordoned off the house and its adjacent dwelling units first with a small number of soldiers. I was leading and had with me a Quick Reaction Team, or QRT, lightly armed—assault rifles and grenades—and highly mobile troops. The entire village, some 300 people living in 70-odd houses were moved out of the area.

An outer wider cordon of the rest of the company was then put in place to intercept any terrorist if the first cordon was breached. By then the four fidayeen in the target house had realised they were surrounded and they began pouring fire at us from the windows. The way they controlled their fire indicated they were no amateurs.

Most of these Pakistan-trained terrorists don’t use flash eliminators on their AKs, and their firing has a distinctly different sound that every soldier who has experienced their fire can tell. First, we ‘softened’ them up with a barrage of small arms fire and shoulder-fired rockets. Their firing continued, though it had become markedly sporadic, indicating one or more of the terrorists had been wounded or, hopefully, got ‘taken out’.

We seized the opportunity during one such lull in the firing from the house and ran quickly the few open yards to one of the windows that appeared to be the source of much fire. Time seemed to have slowed as I along with my buddy reached the window unscathed even though I could hear firing continue. Without a moment’s delay I broke the window pane with the butt of my rifle and lobbed in a couple of grenades.

Seconds later the house shook with twin explosions. Both of us stood up and our eyes focussed on two moving shapes in the gloomy interior of the house. Our reaction was immediate: We blazed away at the terrorists, spraying them both with long bursts from our AK-47s, whose rounds cause much damage to the human body from short ranges because they tend to splinter on impact.

Before remaining terrorists could react, I reorganised my group and charged into the house. My team members were very quick; our hearts were calm and our feet pounding on the floor, and both fidayeens were flushed out and eliminated with crisp action.

Killing these terrorists saved an incalculable number of lives as they were planning to carry out multiple attacks on security forces which we discovered from documents recovered in the house. The mission was completed in 12 hours without any casualty in my troops or the civilian population.