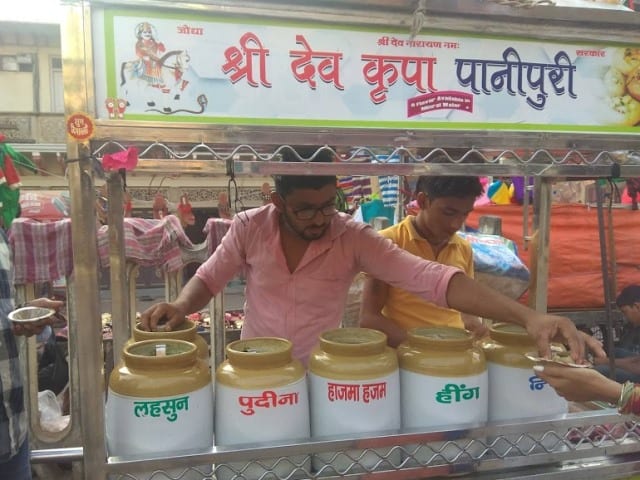 Surya, 25, a pani-poori vendor in Morena town, Madhya Pradesh, believes that the country needs a leader of Narendra Modi’s stature if it has to stay on course toward a developed nation

I belong to a small village in Bharatpur, Rajasthan. There were few work opportunities for a youth there. About seven-eight years back, I migrated to Gujarat where my elder brother was working. The difference between the two states was a revelation to me. During my stay in Gujarat, I learned a lot about the value of education and technology. If you want a vendor permit or a shop licence there, you do not need to pay the touts; it can be done with the help of a computer. The facilities were readily available and affordable, be it water, electricity, roads, transport or housing.

Two years ago, after I lost my job in Gujarat, I shifted to Morena (Madhya Pradesh). MP is no match to Gujarat in terms of prosperity but it is way ahead of Rajasthan. Government administration and police are not lethargic as they are in Rajasthan. It is therefore a pity that I cannot vote here this time since I am registered as a voter in native Bharatpur.

Yet, if I were allowed to vote, I will support the BJP. This is because of the tallest leader of our times, Narendra Modi. Before one talks about development, you should see it from your own eyes in Gujarat. And this was made possible, most of my Gujarati friends swear, under Narendra Modi. Gujarati bhai bole meetha, kaam kare ghana (Gujaratis speak softly but act with great resilience). Their self-belief can be contagious.

Till about a few years ago, I could not bear the thought of setting a street side rehri (push cart) and sell gol-gappas but I learned the value of entrepreneurship in Gujarat. No work is big or small. It is your attitude to the vocation that makes it respectable. Today, I find it more fulfilling to have my own humble setup than having to work as a labour for others.

The personality of Narendra Modi is set in true Gujarati cast. I have unflinching belief in him. From what I see in TV channels every day, our country is on way to become a great power. Give Modi ji five more years, and I am sure there will be electricity and water in all the villages; better rural road connectivity; more jobs and prosperity in each states.

Yes, communal tension is an issue. Even here, whenever a BJP rally is held, many of my Muslim friends who own street vends like me, choose to stay indoors. This is not a good thing. Every poor man must have the right to earn and run his business without fear. However, it always takes two to start a fight. If Hindus are to blame for communal tension, Muslims are equally to blame. And the bigger blame must rest with the Police force, which is entrusted to ensure law and order. Media is also to blame which fans flames.