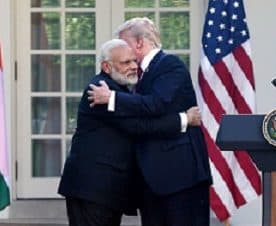 th now. China has reduced its poverty  to single figures. India’s real poverty is above 40% India has done well but not so well. It is a power, but still struggling to assert regional dominance. It has a tremendous diplomatic reach but it still lacks the awe and respect that China holds within world whether the democratic world or the non democratic one. While India can and may reach economic parity, and it may be the ‘fastest’ growth region of the world, it lacks intellectual capital. India is not the crucible of ideas or political philosophies. It does not command respect in standing aloof with its own cultural image as China does or even countries like Iran do. It prides on having western form of democracy, western form of legal  system, western instituted administration and western concept of ‘nationalism’. With these mission statements, the most India can do in the field of ideas and intellectual genius is to reach the stages of a western power and say, ‘what you can do, we can do better’. While Modi’s strategy of bear hugging and remaining silent on key issues may have been an Indian approach to a challenging situation, at the dinner table, Modi or India does not have much to offer in addressing regional tensions, international issues, world economy and so on. Why would a United States president look up to an Indian PM. The Chinese president draws respect not just because of the power that China has become, but their unique approach to many international issues, their inner calm that they exude and their indifference to dismiss criticism as irrelevant to their civilisation. Now wouldn’t it be great if it was Trump trying to please Modi, than the other way around. India  needs a debate on this. Will it ever attract world attention and respect as US, China and Europe does? // ]]>