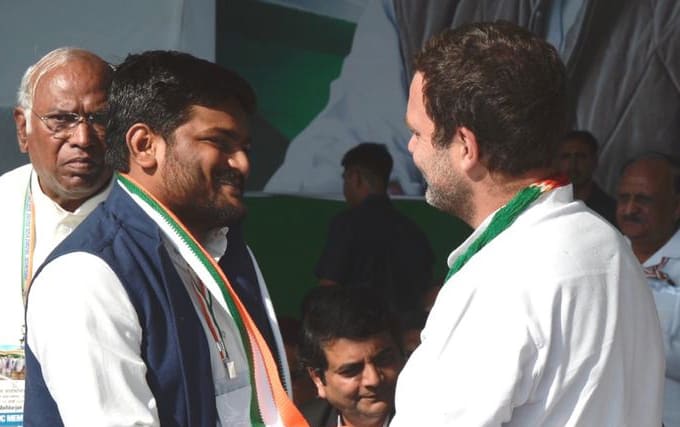 Patidar Agitation leader Hardik Patel officially joined Congress party on Tuesday during a party rally in Ahmedabad that was organised after the Congress Working Committee meeting held in the city.

Patel was inducted into the party in the presence of Congress president Rahul Gandhi, senior Congress leader Mallikarjun Kharge and other leaders.

Earlier today, Hardik had said he would help strengthen the ideology of Congress party and take it to the villages.

“Mahatma Gandhi started Dandi March this day and said he (Mahatma Gandhi) will overthrow the British. I am joining the same Congress party which, in the past, has been led by Subhash Chandra Bose, Pandit Nehru, Sardar Patel, Indira Gandhi, Rajiv Gandhi, the people who worked to strengthen our country,” he had said.

However, Patel said the party would decide the seat from where he would contest polls.

Patel emerged as the leader of the agitation demanding reservation for the Patidar community in Gujarat in 2015. The people from this community were considered to be bedrock supporters of the BJP. (ANI) 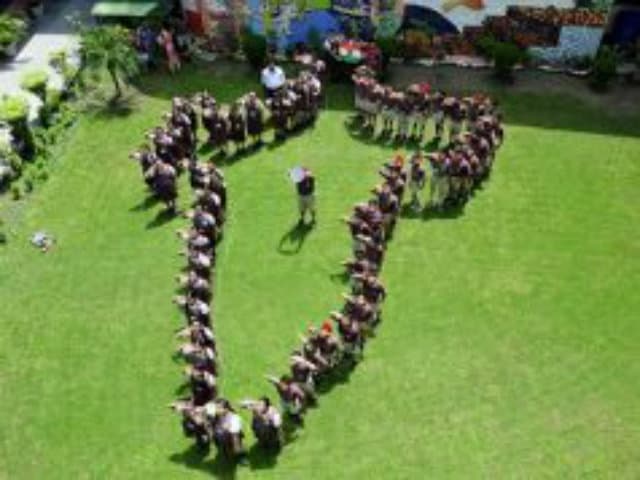 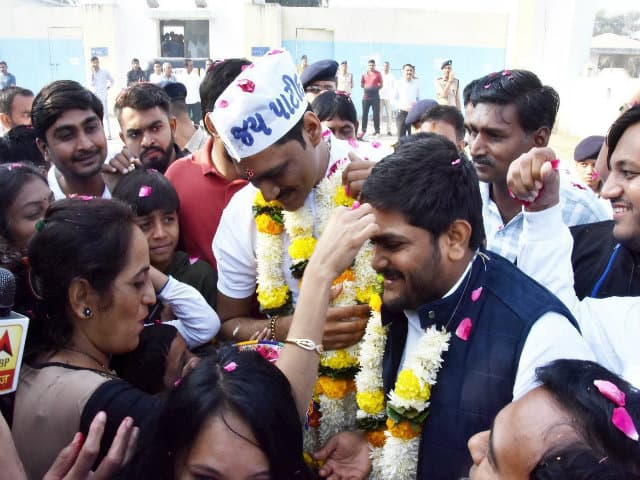 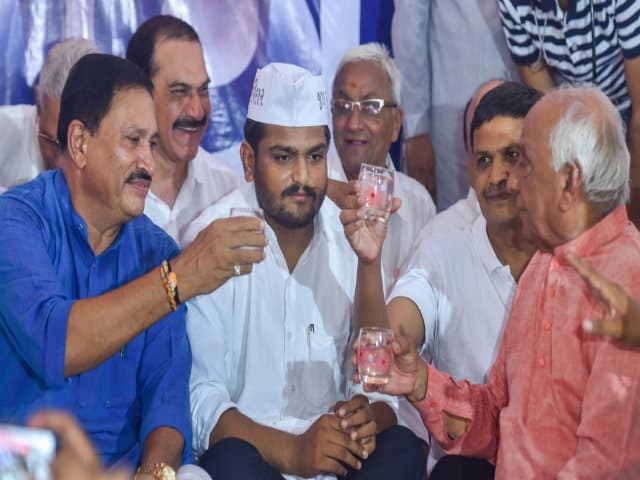 Patidar Anamat Andolan Samiti (PAAS) leader Hardik Patel on Tuesday said the Indian Constitution did not limit reservation in employment and education for certain categories to 50 per cent. “Only the Supreme Court has capped the reservation at 50 per cent through its judgment. Nowhere is it written in the Constitution that there can be no reservation beyond 50 per cent,” he said at an India TV conclave here. The Congress and the PAAS have reached an understanding on a formula for extending quota benefit to Patidars without disturbing the present 49 per cent quota for Scheduled Castes, Scheduled Tribes and Other Backward Classes. The BJP has been mocking it, saying the agreement amounts to “deceiving each other” because quotas cannot exceed a constitutional ceiling of 50 per cent. The PAAS leader accused the Bharatiya Janata Party of doing nothing to extend reservation to the Patidars and alleged that it had “committed atrocities on the Patidars”. “The BJP committed atrocities on the Patidar community. I am fighting for its ouster from power,” he said. The PAAS leader accused the then Gujarat Chief Minister Anandiben Patel of ordering police firing on demonstrators that led to the death of 14 persons during the agitation by the community in 2015. “We took out nearly 200 rallies and there was not a single incident of violence. At the GMDC ground, nearly 30 lakhs people came, and at 2 a.m., there were four lakh people in our meeting. Nothing happened. But then those in power decided to do something. They switched off power and police resorted to action. Fourteen youths were killed. They were innocent people and not demonstrators,” he said. Responding to a query, Hardik Patel said his outfit had two objectives: First, to ensure reservation to the Patidar community; and second, to ensure the defeat of the BJP. “If BJP is defeated and the Congress comes to power, it will help our agitation. We can then agitate freely for our case, and force both the state and the Centre to accept our demand for reservation.” The Patidar leader reiterated that none of the PAAS members sought tickets from the Congress to contest the polls. Hardik Patel denied Prime Minister Narendra Modi’s charge that the Congress had insulted Sardar Vallabhbhai Patel. “The Congress never insulted the Sardar; his daughter Maniben was twice made a member of Parliament. Had Sardar Patel been alive, he would have opposed the erection of his statue.” Hardik Patel, however, said Sardar Patel’s ‘samadhi’ should have been built in Delhi and named “Rashtra Ghat”.