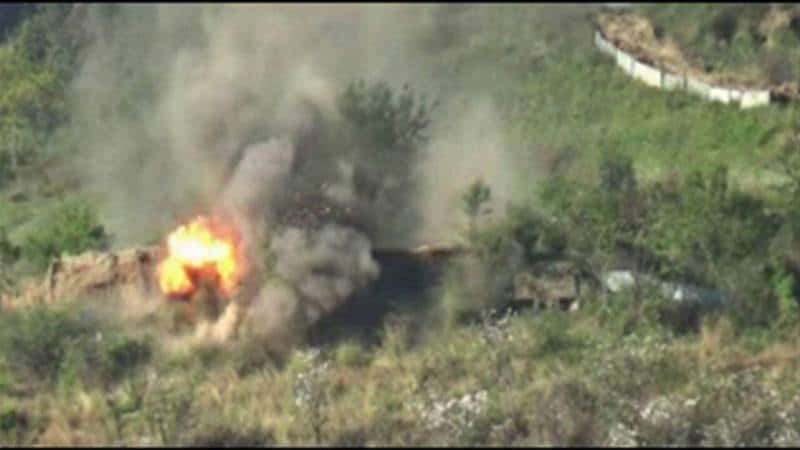 The Line of Control runs through mostly mountainous terrain, following natural features where it can. All that is good on a map, but on the ground it’s a living line over and around slivers of land—a ridge, a spur, a valley, a stream bed—where sudden death is a constant possibility. Indian and Pakistani troops face each other from crude but hardened sandbagged bunkers; somewhere they have the advantage of a superior firing position, and in other places it is us.

On the whole, it balances out.   Among the kind of battles fought on the LoC is what we men in Olive Green call a fire assault. A fire assault means bringing great firepower to bear for a pre-ordained span of time on a particular target to attain dominance. This story is about one such operation. I commanded a company somewhere in the northern part of the LoC in the late 90s.

A company of any infantry battalion of the Indian Army usually has a hundred-odd fighting men divided into sub-units. The usual rank of a company commander is Major. My company was in charge of a handful of bunkers at an average elevation of 10,000 feet. Opposite, about 800 to 1000 yards away and slightly higher than us were Pakistani bunkers and an adjacent supply dump, a situation that allowed them to shoot down on us, including a devastating cone of fire from company-level weapons like medium machine guns.

This would not do, so we devised a plan to launch a fire assault on the Pakistani position which we believed held up to a sizable number of troops. To cause maximum damage a 75 mm heavy gun, an old faithful, was the weapon of choice. Using this gun for such operations was a unique concept; this had never done before at such a high altitude. For this requirement, this gun can be broken down into parts and re-assembled quickly.

The shell it fires is of large calibre and causes great damage—it can easily blow up an ordinary house with a few well-placed shots. Besides, we had High Explosive (HE) shells. The heavy gun was broken down by a couple of engineering technicians commandeered specifically for this operation. Special mules that the Indian army uses for exactly this kind of work were not used in order to keep things quiet and maintain surprise.

We got the non-combatants from our rear administrative location—cooks, laundrymen and assorted others—to carry the pieces of the gun during dark hours to a ridge at 13,000 feet that looked down on the Pakistani position. Big gun assembled, HE ammo stacked, we waited for dusk because that’s when there was a lull in the Pakistani fire and because it would be difficult for them to pinpoint us and retaliate.

That group of bunkers took a lot of punishment; a dead silence reigned through the night. The silence lasted two weeks; the Pakistanis didn’t fire at us. Our fire assault had worked: devastating firepower had cowed them down into a temporary peace.