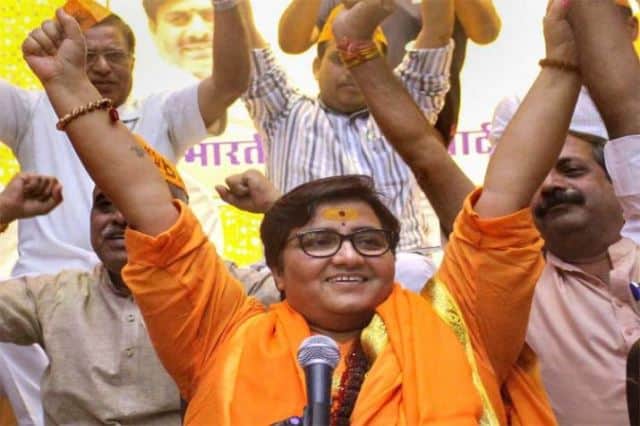 Cradle of at least three and home of many more, India is what it is because of the multiplicity of faiths. Religion and religiosity are integral to its culture that has had a continuity few others have.

Call it mutual ‘tolerance’ or ‘acceptance’, Indians professing different faiths live together despite past foreign military invasions followed by conversions, whether they were forced by the sword, coerced through temptations or voluntary. There is assimilation even as people are sought to be divided on religious lines.

What is ‘secular’ in modern-day parlance has evolved with Indian connotations and convenience, just as what is ‘communal’ has to explain what is not ‘secular’. And ‘secular’ itself has undergone transformation from being anti-faith and irreligious to treating all faiths with equal respect.

For two millennia-plus, India has remained pluralist and yet, in terms of numbers, overwhelmingly (79.8 percent) Hindu.

And yet, the current election is witnessing an aggressive discourse on Hindu ‘victimhood’ that requires to be repaired with attempts to enforce its supremacy over others. Hindutva, the ploy used to give political turn to the majority faith, gives new twists to the very understanding of the terms ‘tolerance’ and ‘acceptance’. Secular is spelt ‘sick-ular’.

Three top members of Prime Minister Narendra Modi’s Bharatiya Janata Party (BJP) including an estranged member of the Gandhi ‘dynasty’ courted controversy last week for appearing to threaten people to vote for them.

A video showed women and child welfare minister Maneka Gandhi warning a Muslims’ gathering to vote for her or be shunned if she returns to power. “I am winning with the help of the people. But if my victory comes without the support of Muslims, then I will not feel good… “It will leave a bitter taste. And then when a Muslim comes for any work, then I will think let it be.”

The other new incident involved Sakshi Maharaj, a Hindu monk, who told a gathering in Kanpur that he would “curse” those who do not vote for him. “When a saint comes to beg and isn’t given what he asks for, he takes away all the happiness of the family and in turn gives curse to the family,” Maharaj said, adding he was quoting from sacred Hindu scriptures. He is facing 34 criminal charges, including alleged murder, robbery and cheating.

These offenders are from the ruling alliance. But in a growing list, politicians from other parties and alliances, like Navjot Singh Sidhu, Mayawati and Azam Khan, have also used religious ploys, sexist remarks, hate and intimidation to win support of the electorate even though soliciting votes on religious lines or threatening voters is prohibited.

The Election Commission, while struggling to maintain its authority and a semblance of fairness, has admitted before the country’s highest court that it is ‘toothless’ and ‘helpless’ before the offenders.

For the first time, the statutory body conducting the world’s largest democratic exercise has slapped token punishments of exclusion from public speaking, using its limited powers, to some of these offenders for violating the EC-set norms by appealing to religion or employing religion-related issues. But the punishment has been ridiculed by some who play to the public gallery and some others have repeated their offences.

Besides Sakshi Maharaj, ‘curse’ has become the new cussword. It is astounding that what one read in fairy tales and mythology is used today to damn opponents.

The most controversial curse has come from Pragya Singh Thakur, a lady monk connected with a Hindu extremist body, nominated by the BJP to contest. Unique and complicated, her case needs elaboration. She is on trial for offences ranging from conspiracy to murder and transporting explosives. For want of evidence, a special court recently exonerated her for the 2007 blast on Samjhauta Express, the train that links India and Pakistan. Seventy Pakistanis returning home and Indians visiting their relations in Pakistan died.

The court passed severe strictures against the investigators who first probed a Muslim group and then switched to “Hindu terror”, allegedly on political orders. In effect, none has been convicted and punished, even as India demands of Pakistan to try and punish those involved in the 2008 Mumbai terror attacks.

Thakur said she had ‘cursed’ the Anti-Terrorism Squad (ATS) chief, Hemant Karkare who she alleges tortured her. The police officer died fighting the Pakistani militants in Mumbai. Honoured posthumously, Karkare had also led the investigations against Thakur in other cases including one pertaining to blasts at a mosque. Thakur now declares that he died “within five weeks” of her ‘curse’. She later regretted her remark, but wants everyone who implicated her in terror attacks to apologise.

Modi has defended her nomination, declaring that there is “nothing called Hindu terrorism.” Legalities apart, her nomination, while she is out on bail on health grounds, allows her to convert herself from a terror suspect and a victim of her investigators and the judiciary who were ostensibly doing their job, to a heroine upholding her faith.

Admittedly, Thakur is not convicted. She is among the many contesting this election, like others with criminal cases. But in nominating her, Modi and BJP that routinely hand out certificates of nationalism and tag anyone who disagrees with their dominant narrative as a traitor, are rooting for an accused in a terrorism case.

Individuals apart, how faith determines the fate of friends and adversaries is clear from BJP’s official Twitter account. It quotes party chief Amit Shah’s speech that explicitly declared that if re-elected, it would implement the Citizenship bill for the entire country and would act against all infiltrators who were not Hindu, Sikh or Buddhist.

The party’s stand on different communities is no secret. The important thing is the fear that this position elicits among potential voters.

Those obviously excluded are Muslims — invaders who stayed on to rule — and Christians, although those who came as traders and turned colonizers hardly exist in present-day India. The targets could be members of the 24 million community that accounts for 2.3 percent of the totally population.  But they are ‘outsiders’.

The most telling exclusion – one hopes it’s inadvertent — is that of Parsis, the Zoroastrian migrants from Iran who made India their home 14 centuries ago — in Gujarat, the home-state of Modi and Shah.

The opposition has no answer to this campaign. By not countering the BJP on lynching and numerous other issues that pertain to the minorities and depressed sections of the society, the opposition parties by and large, but the Congress especially, have conceded to the BJP’s ideological narrative.

Sadly, Shah’s viewing the electorate as Ali-versus-Bajrangbali is finding tacit acceptance from rising urban middle classes. Unlikely to end with these elections, it is now a reality of our times, unlikely to go away.

One is sticking the neck out mid-way through the voting process, with its outcome barely three weeks away. Forget arguing over Modi’s development plank and his many achievements and failures, he could get a fresh mandate by dividing people on religious lines, instilling fear in them. But if he fails, it will be because a resilient society that has lived in plurality for long has its own silent, even if opaque, way of dealing with such attempts.