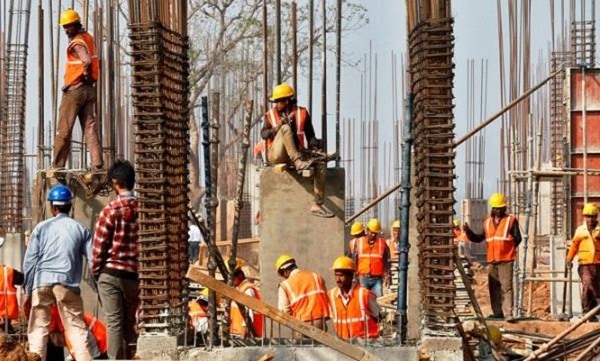 India’s favourite bugbear is China. So when India fares a little better on growth statistics or other metrics than China does, the jubilation is exuberant. Sometimes it is also misplaced. Such as when some Indian politicians exult over things that they certainly should not. A few years back when it was declared that by 2022 India’s population (now more than 1.32 billion) could surpass China’s (now 1.37 billion), quite a few totally uncalled-for cheers were heard as if having the world’s largest cohort of people was a good thing for a nation that is already heaving under the burden of a massive population.

At other times, the jubilation is over-exuberant. The most recent rousing cheers were heard when the International Monetary Fund (IMF) estimated that India’s Gross Domestic Product (GDP) would grow this year at 7.3% and next year at 7.4%, making India the fastest growing big economy in the world once again. The fact that IMF’s estimates for China for this year is 6.6% and for next year, a lower 6.2% quite likely cranked up the decibel levels for those cheers among political leaders. But percentages matter only in the context of the base levels that they relate to. China’s GDP in 2016 was USD 11.2 trillion; and India’s only USD 2.26 trillion. Do the math to see which country adds what to its GDP if those growth estimates are correct. The answer is a no-brainer; and it is about time India stopped comparing itself to an economic superpower.

Instead, it should look at more compelling issues. Such as whether GDP growth rate should be the appropriate measure of the well being of majority of Indians. The IMF’s growth survey lauds India’s government for implementing the contentious Goods and Services Tax, which in theory is supposed to have removed multiple layers of taxation and replaced it with a national tax. And it praises it for a new Insolvency and Bankruptcy Code, which ostensibly would make it easier to do business in India and enable quicker recovery of loans. Both these are still ‘works in progress’ and their efficacy would have to be tested by time. But those structural reforms (welcome, as they may be) apart, it is time to assess whether a higher GDP growth rate alone is enough for improving the economic well-being of Indians, more than 300 million of whom live on less than USD 1.25 a day.

GDP is an aggregate that when simply divided by the number of Indians to arrive at a per capita figure does not take into account the inequality and wide disparities in socio-economic levels among the population. Wide inequalities usually mean that when it comes to GDP growth, the benefits accrue in a highly skewed manner. Only a very small minority at the upper reaches of the income pyramid end up receiving most of the increases. Sample this: according to the Barclays Hurun India Rich List for 2018, in one city, Delhi, just 163 super rich people are estimated to have cumulative wealth of Rs 6,78,400 crore. That list is a compilation of Indians with a net worth of Rs 1000 crore or more. For the record, besides Delhi’s 163 super rich, there are 233 in Mumbai and 69 in Bangalore.

Even as those statistics boggle the mind, let’s shift the focus to jobs and job creation and the Indian economy’s record on that. In the first two years after the Modi government took charge in 2014, a research report, which was backed by India’s central bank, Reserve Bank of India, found that employment in at least 27 sectors fell by 0.2% (in the first year) and 0.1% (in the second year). That means it wasn’t that jobs were not created but actually the number of jobs shrank. These were years when GDP actually grew at an impressive pace: in 2014-15, it grew at 7.4%, and in 2015-16 it grew at 8.2%.

Government officials, including Prime Minister Narendra Modi, often harp on about how jobs are actually being created and employment is on the rise and how official figures are unable to capture that because much of it is in the informal sector. They tout the rise in employee provident fund accounts as evidence but this has been variously contested as not being an authentic method of counting jobs. More recently, there have been media reports of moves to stymie the government’s own labour ministry’s exercise of compiling data on job creation, ostensibly because the findings could be embarrassing.

Several surveys, including one summed up by the RBI’s consumer confidence index, show that the majority of Indians are not elated with their current economic well being, nor of what they expect in the near future. The rupee’s value has slid perilously, and fuel prices have shot up. Add to that continuing distress on India’s farms and frustration among its jobless youth.

But more important, India’s rankings on several other measures and indices are a cause for concern. On the Human Development Index, a statistic composite index of  life expectancy, education and per capita income, India ranks 130 among 189 countries. On the World Bank’s Human Capital Index, which attempts to measure the human capital (stock of knowledge, habits, social and personality attributes, including creativity, embodied in the ability to perform labour so as to produce economic value) that a child born today can hope to achieve by the age of 18, India is at 115 out of 157 countries. On the World Hunger Index, India languishes at 103 among 119 countries; and on the inequality index, it is ranked at 147 our of 157 countries.

India’s official response to these measures has been to question the methodology and find flaws with the surveys and data that are used to compile them. But instead of splitting such hairs, it may be time for those in charge of policies and governance to address other issues—such as the runaway growth in population; the widening inequality in income; and other skewed socio-economic indicators. As for the IMF’s optimistic estimates for GDP growth, it would be best not to exult over them or gloat about how we’re growing faster than a superpower neighbour.