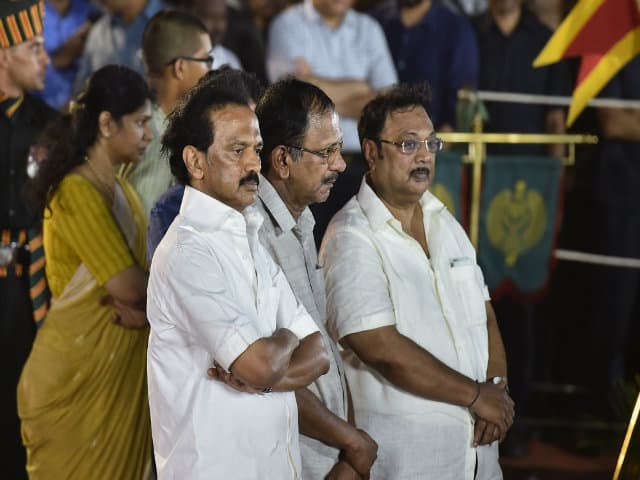 Namakku Naame Vidiyal Meetpu Payanam” (We for ourselves, journey to retrieve the dawn), Alagiri called it a “comedy show.” Recently, Alagiri asserted true party workers were only with him and taunted Stalin and his supporters. He had even questioned Stalin’s leadership in the wake of the DMK’s drubbing in last year’s RK Nagar assembly bypoll in Chennai where the party candidate forfeited his deposit against winner AMMK’s TTV Dhinakaran. Alagiri had claimed after the defeat that the DMK cannot win any election under Stalin. “Not just the RK Nagar bypoll, the DMK will not henceforth win any election. There is no chance of that as long as this working president (Stalin) is there,” he had said. (PTI)]]> 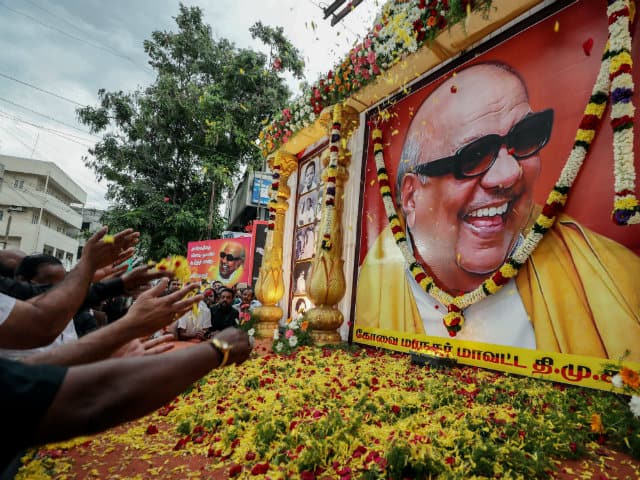 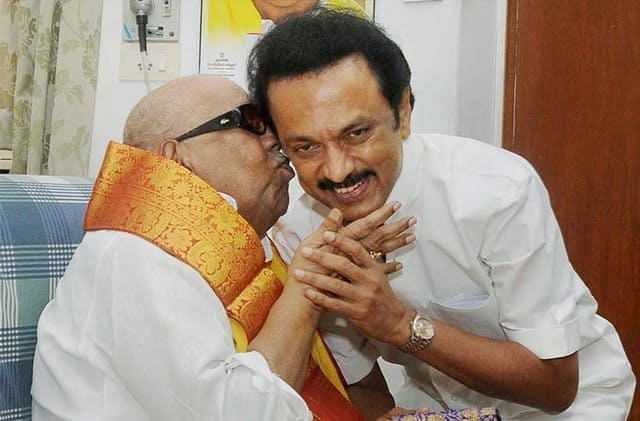 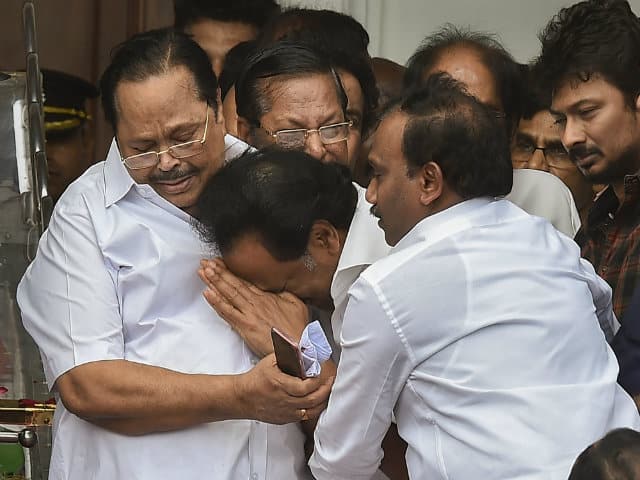 DMK leader MK Stalin breaks down after Madras High Court’s verdict allowing the burial of his father and former chief minister M Karunanidhi at Marina Beach in Chennai on Wednesday. 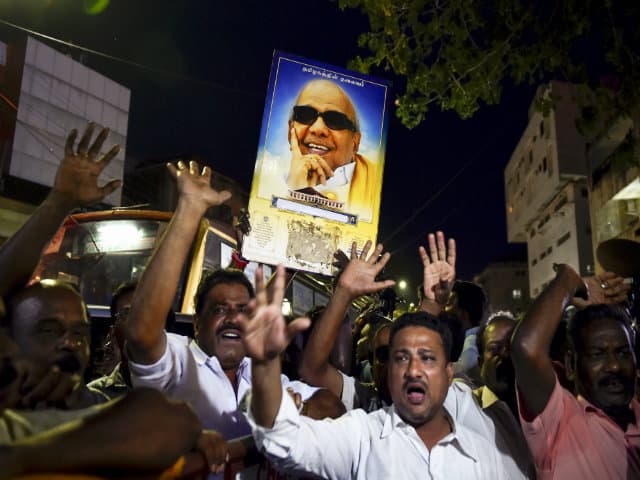