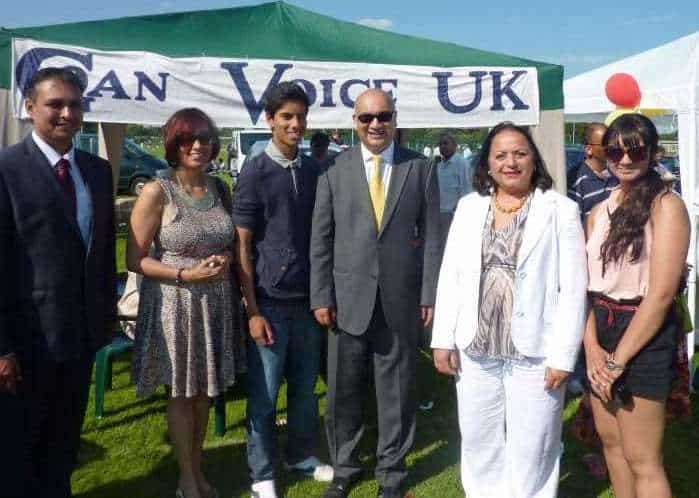 By Deepak Pant Visit Hounslow, Southall, Heathrow or Swindon near London and chances are that you will be served in a restaurant or at a shop counter by a Konkani-speaking person recently arrived from Goa. London and the United Kingdom have been one of the favourite destinations of emigrating Indians; Goans are the latest layer in the history of Southall and Hounslow that have hosted large numbers of people from Punjab and elsewhere from the Indian sub-continent over the decades. The Goan presence is increasingly visible in parts of London, not least in churches, where dwindling attendance has been boosted, with some churches in Southall and Hounslow holding prayers in Konkani, at times led by visiting priests from Goa. The annual Goa Festival in Hounslow reflects their growing presence: from hundreds participating some years ago, it now attracts tens of thousands of people enjoying a day of Goan food, music, prayers and conviviality – or ‘Goenkarponn’ (Goan-ness) – for which the sylvan state is known. People from Goa have been migrating for centuries, excelling in professions in various countries, but the more recent migration to the UK is unique. If the history of colonialism and post-colonialism has much to do with the migration of Indians to the UK, the more recent arrival of Goans in the UK reflects the rare phenomenon of the ‘double post-colonial’: Portugal was the first western country to colonise parts of India — Goa from 1510 — and the last to leave in 1961. India gained independence from the British in 1947, but Goa remained under Portuguese rule until December 19, 1961, when it was ‘liberated’ by India under Operation Vijay. Portuguese nationality law allows those born in Goa before December 19, 1961, and two generations, to acquire Portuguese citizenship. Thousands of Goans have used the provision in recent decades. Portuguese citizenship makes them citizens of the European Union, which allows them to move, work and settle in any of the 28 countries in the group, and also access state’s financial and other benefits. Many new Goan-Portuguese citizens do not have links with Portugal, do not know the language, never visited the country of their passport, but travel to the more familiar London and United Kingdom. Swindon got its first Goan-origin councillor during the May elections (Imtiaz Shaikh from Vasco). There have also been earlier Goa-origin migrants to the UK, via east Africa, reflected in three MPs in the House of Commons: Keith Vaz, Valerie Vaz and Suella Fernandes. The recent migration from Goa has raised hackles in the perennially tense discourse of immigration in the UK, which was a major reason for the Brexit vote in the 2016 referendum on the UK’s membership of the European Union. Campaign group Migration Watch UK wants the government to stop the ‘loophole’ of Indians (Goans) acquiring Portuguese passports and moving to the UK. The continuing uncertainty over Brexit poses now questions about the future of the Goan-Portuguese who are already in the UK and those considering to move in future, but the fact remains that several localities and villages in Goa have emptied out. Families and neighbours have taken the Portuguese passport-route to the UK, mainly for economic reasons, but ostensibly due to lack of jobs in Goa and the prospect of a better life. In turn, there is concern in Goa over large numbers of non-Goans taking up jobs that the locals cannot or will not do in the state (even if those who have migrated do similar jobs in the UK). The story of ‘autochthones and the other’ is a familiar one. The script has played out in various parts of India and elsewhere (including in the UK), where population groups considered indigenous cannot or will not do jobs in various sectors, and tensions arise when the gap is filled by the foreigner or the ‘other’. Due to Brexit, lesser number of EU applicants for jobs in the UK has already created a situation for various sectors, including health. In India, the skills crisis in Goa and the tensions it has thrown up may be the latest, but few can forget Assam, which saw prolonged agitation and the killing of thousands of people in the 1980s. Tensions along the ‘insider-outsider’ or ‘citizen-foreigner’ dimension continue to boil over in the north-eastern state: plus ca change, plus c’est la meme chose. Most migration has roots in global, national and regional economic imbalances. Unless these are addressed beyond platitudes, grants and international agreements, the images of thousands of people trying to cross dangerous seas or trekking through forests and hazardous routes for days and months to Europe and other developed parts of the world will continue to make news. In Goa’s case, unless the Manohar Parrikar government delivers on its election promises, the sense of frustration, ennui and despondency among many over corruption and lack of jobs will continue to drive them to take the Portuguese passport-route, eventually reaching the UK.]]>