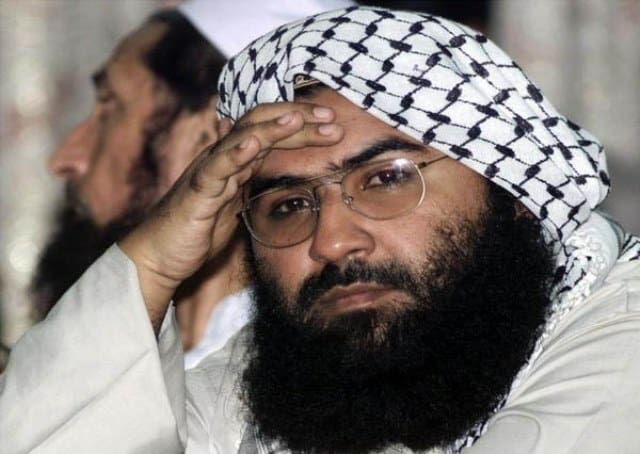 In a major diplomatic victory for India, the United Nations on Wednesday designated Mumbai attack mastermind and Jaish-e-Mohammed (JeM) chief Masood Azhar as a global terrorist after China also apparently joined efforts to blacklist him.

The news about UN action was broken by India’s Ambassador to the world body, Syed Akbaruddin, who tweeted, “Big, small, all join together. Masood Azhar designated as a terrorist in @UN Sanctions list.”

Though Akbaruddin did not mention China specifically, it is understood that Beijing did not stand in the way of the UN action like it did in the past.

The UN action comes a day after China called for “political consultation within the framework of 1267 Committee” to “properly resolve” the issue pertaining to the listing of Azhar as a global terrorist by the UN.

China also underlined that “positive progress” has been made in the issue so far.

Later, Akbaruddin thanked various countries including the US, UK and said it was a good day for all those who support zero tolerance against terrorism.

“This is a significant outcome for us because we have been at it for several years. The first effort we made in this regard was in 2009. More recently, we had been persistent and diligent. We have been making efforts towards this goal. Today that goal stands achieved,” India’s Permanent Representative to the UN, Syed Akbaruddin said, reacting to the development.

“I am grateful to many countries, including the US, UK and France, who have been supportive in designating Azhar as a terrorist. Many within the organisation and outside the UNSC supported this announcement of not tolerating a terrorist,” he added.

Akbaruddin also thanked the permanent representative of Indonesia, who ensured that the process moved smoothly and in accordance with India’s agreed understandings.

“It is a good day for all those who are in support of zero tolerance against terrorism,” he said.

The JeM took the responsibility for the February 14 Pulwama terror attack in south Kashmir in which 40 CRPF personnel were killed.

For many years now, French diplomacy has been relentlessly pleading for sanctioning Azhar, head of the terrorist group responsible, notably, for the Pulwama attack last February.

In the application of its Monetary and Financial Code, France had adopted national sanctions against Masood Azhar on March 15, the Ministry of Europe and Foreign Affairs of France said in a statement.

“This decision taken at the United Nations Security Council signals the successful realisation of our efforts,” the statement read.

“France remains mobilised at all levels and all fora to take effective measures against terrorism,” it added.

In addition, Indian government sources had said that Azhar was put under house arrest at Markaz Subhan Allah in Bahawalpur, post ‘Balakot Attack’ of February 26, and has been recently shifted to a Safe House in Islamabad.

A global terrorist tag under the UN’s 1267 committee would lead to a freeze on Azhar’s assets and a ban on his travel and constraints on possessing weapons.

On March 13, China, for the fourth time, had blocked a proposal by the US, the UK, and France, among others, to enlist Azhar as a global terrorist before the UNSC committee.

Beijing had defended its technical block on Azhar’s listing, saying it needed “more time” as it is “conducting a comprehensive and in-depth review” on the listing request put forth by the countries.

Following this, India had expressed its disappointment with China’s move to put a hold, and the United States had also said that the failure to designate Azhar as a global terrorist “runs counter” to Washington and Beijing’s goal of regional stability and peace.

An official statement issued by the Pakistan Ministry of Foreign Affairs following Xi-Khan meeting on Sunday said that the Chinese President had expressed hope that Pakistan and India can meet each other halfway and improve their relations, especially after the general elections end in India.

]]>
Reiterating its stand, China on Tuesday called for “political consultation within the framework of 1267 Committee” to resolve the issue of listing Jaish-e-Mohammed (JeM) chief Masood Azhar as a global terrorist by the UN.

China also underlined that “positive progress” has been made in the issue so far.

“Support issue of the listing (of Masood Azhar), which should be resolved through political consultation within the framework of 1267 Committee. We think that is also the consensus of the overwhelming majority of the members of the Council,” said Chinese foreign ministry, in a statement.

“At present, the relevant consultations are underway in the 1267 Committee. Within the framework. And positive progress has been made. Thirdly, we believe in the joint efforts of all parties. This problem can be properly solved,” it added.

The statement also follows Foreign Secretary Vijay Gokhale visit to China on April 20 to discuss the listing of Azhar, on which Beijing emerged as the sole hurdle so far.

On March 13, China, for the fourth time, had blocked a proposal by the US, the UK and France, among others, to enlist Azhar as a global terrorist before the UNSC committee.

A day after, Beijing had defended its technical block on the proposal, saying it needed “more time” as it is “conducting a comprehensive and in-depth review” on the listing request put forth by the countries.

Chinese Foreign Ministry spokesperson Lu Kang had told reporters at a regular briefing that China will continue “coordinating” with all the relevant parties to find a “lasting solution” to the issue if it is to be resolved in a “responsible and sustainable way”.

India had expressed disappointment over China’s move but vowed to continue to pursue “all available avenues to ensure that terrorist leaders who are involved in heinous attacks on our citizens” are brought to justice.

The United States had also said that the failure to designate Azhar as a global terrorist “runs counter” to Washington and Beijing’s goal of regional stability and peace.

A global terrorist tag under the UN’s 1267 committee would have led to a freeze on Azhar’s assets and a ban on travel and keeping weapons. (ANI)