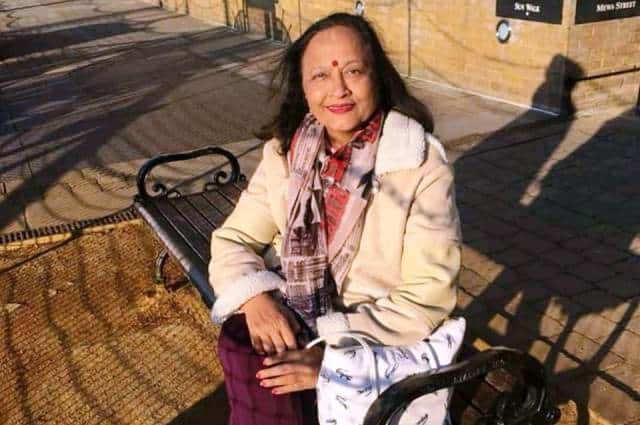 Manju Garg Dhingra, 65, a retired banker in Ghaziabad, Uttar Pradesh, says Congress’ proposed Nyuntam Aay (NYAY) Scheme, which promises ₹6,000 a month to the poorest of the poor, may not work. She would prefer MNREGA scheme over NYAY so that people work for money and not live on dole.

I have been a banker with a nationalised bank and understand money pretty well. To my understanding the Nyuntam Aay (NYAY) Scheme plans to give ₹6,000 every month to the poorest families in India which is about five crore families or 25 crore individuals, constituting 20 percent of India’s population.

I feel such schemes ultimately don’t work in the long run in a democracy like India. In my many years of working as a banker I have realised that many of the poor people have what you call a ‘poverty mindset’. Yes, poverty is brought upon by terrible circumstances. But there are many people who are rather lazy and if you pay them say ₹6,000 per month, they would try and fit all their monthly expenses in that amount rather than use it as an investment to earn more money.

What we need is financial literacy in our country. People should be taught how to manage money. Earning money is often not that hard, managing money is. Remember the urban poor story that created quite an uproar in 2016?

This plan is different than what the Universal Basic Income (UBI) Schemes that are already in place in the United Kingdom, the United States and Canada. As per UBI, a small amount of money is paid every month to every citizen of a country, without any terms and conditions. This  basic income varies with age, but with no other conditions, so everyone of the same age would receive the same Basic Income, whatever their gender, employment status, family structure, contribution to society, housing costs, or anything else.

In 2014, when Narendra Modi said he would bring back black money from overseas and ₹15 lakh would be transferred into every individual’s account, I was less circumspect. The money would not have come from the taxpayer’s pocket, but schemes like NYAY will put the burden on the taxpayers. Many people would not want to go to work if money came easy. At the starting of my career, I often saw very poor women get peanuts in the name of pension. Out of empathy, I started giving them cash from my own pocket. Later those old women started behaving as if I owed them money and they were entitled to the extra cash I gave them. This is human nature, so I have my doubts about the NYAY scheme.

Rahul Gandhi has suggested that the money will be transferred to the account of women so that the chances of men drinking or gambling away the money is minimized. However, I think it would be better if the money was directly spent on improving the women’s lives directly by training them to earn money. Give me MNREGA (Mahatma Gandhi National Rural Employment Guarantee Act) any day over NYAY scheme. It is more important to teach people to fish.

Even if the NYAY scheme were to be implemented, it should be bound by a fixed tenure, say only one year, so that the women don’t become completely dependent on the money. The money anyway doesn’t reach the intended beneficiaries without middlemen eating away the money (as Rajiv Gandhi had famously mentioned in 1985 that only 15 paise of a rupee reaches the intended beneficiaries, while the rest is eaten away by middlemen).

As far as my vote is concerned, I would like to reinvest my faith in Narendra Modi. I live in Ghaziabad and for us true nyay (justice) lies in the fact that the crime rate has reduced, cleanliness and waste management are being taken very seriously and most importantly NH-24 is being maintained pretty well. Now evenings feel safer in Ghaziabad. I don’t find Rahul Gandhi as effective a leader as Modiji. Power commands respect. And sadly I don’t feel that respect for Rahul Gandhi. In the next five years, I would want Narendra Modi to do away with the many subsidies and schemes. He should let the respective state governments and then local area MLAs and MPs and ward members and councillors decide on the best way to bring out groups of people out of poverty. Let the grassroots leaders help the grassroots people. Delegation of duties and powers to local leaders and trusting them is very important if we really want to help the poor.