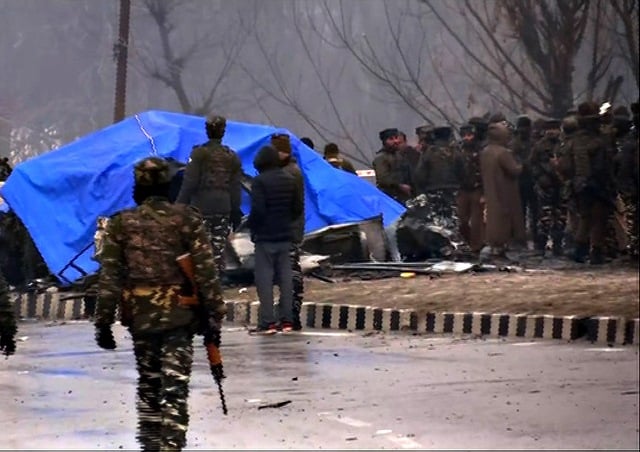 One of the two Jaish-e-Mohammed (JeM) terrorists killed in an encounter in Tral on Sunday in Jammu and Kashmir has been identified as the ‘key conspirator’ behind the February 14 Pulwama terror attack that killed 40 CRPF personnel, J&K Police said on Monday.

Mudasir Ahmad Khan was revealed as one of the key conspirators of the recent Pulwama attack, state police said.

From the incriminating material recovered from the site of encounter, police said, “it is understood that the other killed terrorist was a Pakistani national codenamed Khalid.”

“According to the police records, both the killed terrorists were affiliated with proscribed terror outfit JeM and were wanted by law for their complicity in a series of terror crimes including attack on security establishments and civilian atrocities. Many terror crime cases were registered against them,”  a police statement said.

Both the terrorists were involved in “planning and executing several terror attacks in the area.”

Mudasir Khan, in particular, was involved in attack on CRPF camp in Lethpora last year.

“Pertinently the investigation so far conducted revealed that Mudasir was one of the key conspirators of the recent Pulwama attack,” police said.

“Arms and ammunition including assault rifles were recovered from the site of encounter. All these materials have been taken in the case records for further investigation and to probe their complicity in other terror cases,” the statement added.

The police has requested citizens “not to venture inside the encounter zone since such an area can prove dangerous due to stray explosive materials. People are requested to cooperate with police till the area is completely sanitized and cleared of all the explosives materials if any.” (ANI)