The government on Friday extended the deadline for linking Aadhaar with PAN by three more months, till March 31, 2018.

The earlier deadline was December 31, 2017. “It has come to notice that some of the taxpayers have not yet completed the linking of PAN with Aadhaar. Therefore, to facilitate the process of linking, it has been decided to further extend the time for linking of Aadhaar with PAN till March 31, 2018,” a statement from the Finance Ministry said. The government had made it mandatory to link Aadhaar number with Permanent Account Number (PAN) till July 1. In view of the difficulties faced by some taxpayers, the Central Board of Direct Taxes (CBDT) extended the deadline initially till August 31, which was further extended upto December 31 this year. A // ]]> 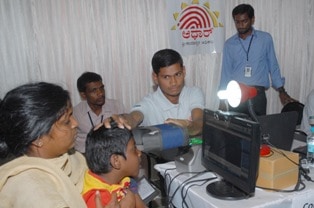 On August 30, the bench of Chief Justice Misra, Justice Amitava Roy and Justice A.M. Khanwilkar had said that the challenge to the constitutional validity of the Aadhaar scheme would be heard in the first week of November. The court had fixed the hearing in the first week of November after the government told the court on August 30 that September 30 deadline for linking Aadhaar with bank accounts, PAN, mobile numbers and other schemes has been extended till December 31.

The hearing on the challenge to the validity of Aadhaar was the next step after top court by its August 24 verdict had declared that the right to privacy was a fundamental right. The challengers contended that the state could not insist on the citizens to part with their personal data including iris scan and finger prints. Justice Rohinton Fali Nariman, who was on the bench of nine judges, had in his judgment said that the challenge to the validity of Aadhaar on the grounds of its being violative of right to privacy would be adjudicated by the original bench of three judges in the light of the decision elevating right to privacy as a fundamental right. (IANS) // ]]>