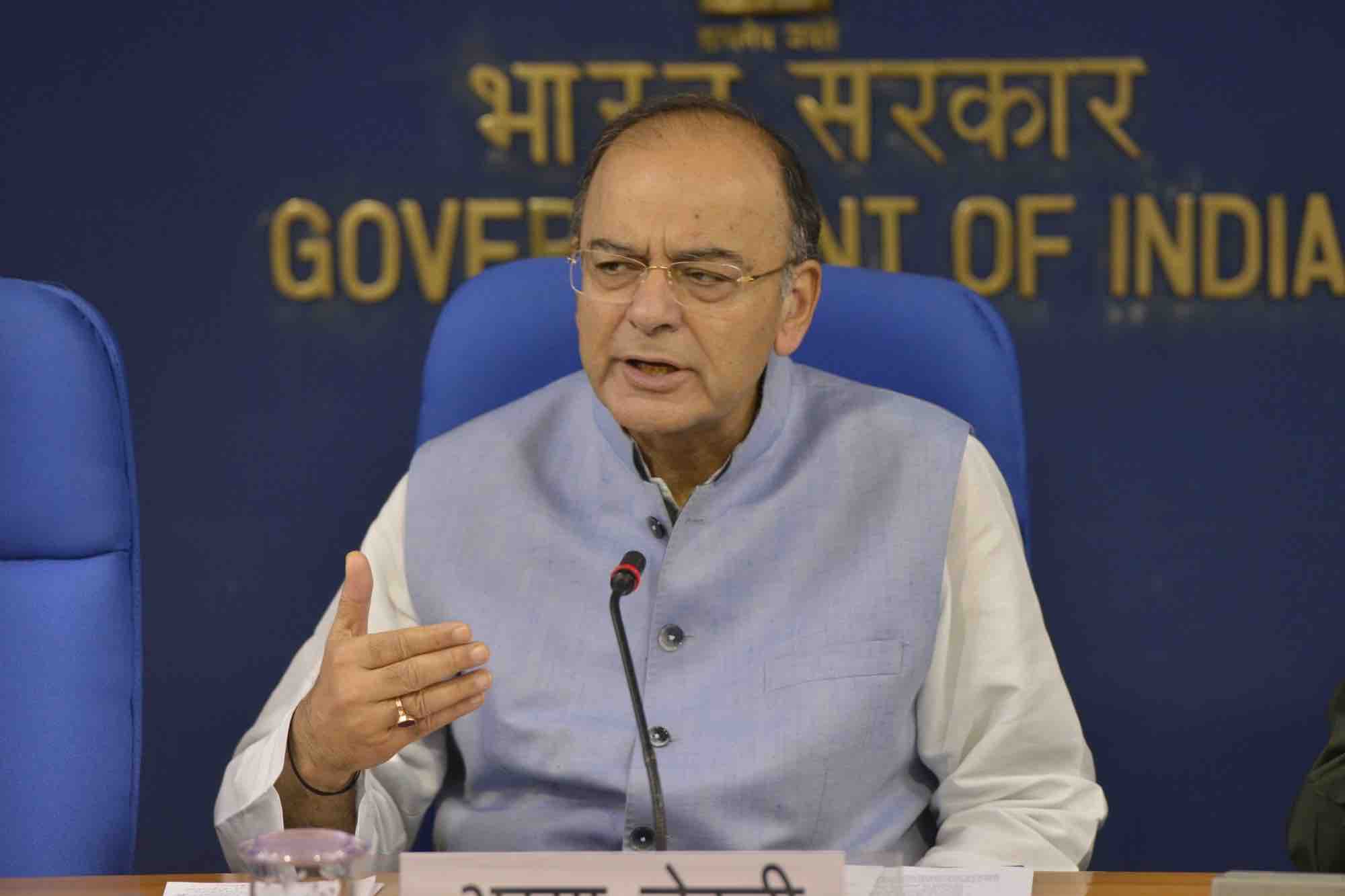 “Shoddy attempt of a desperate finance minister to defend the decimation of economy has failed to impress either the Indian industry or common people… Time has come to travel from empty jumlas to meaningful governance.”

“Borrowing money (Rs 1.35 lakh crore bonds + part of Rs 76,000 crore from the market) to recapitalise banks would obviously mean breaching the fiscal deficit target. This is a desperate move by a Finance Minister groping in the dark as demonetisation and GST failed to bring in the promised Rs 4-5 lakh crore.”

Congress spokesperson Randeep Singh Surjewala on the government’s move to infuse capital into banks The Finance Minister said the banks would get Rs 18,000 crore under the Indradhanush plan. Under the Indradhanush roadmap introduced in 2015, the government had announced infusion of Rs 70,000 crore in state-run banks over four years to meet their capital requirement in line with global banking risk norms, known as Basel-III. In line with the plan, public sector banks were given Rs 25,000 crore in 2015-16, and a similar amount has been earmarked for the following years. Besides, Rs 10,000 crore each would be infused in 2017-18 and 2018-19. This stimulus package comes after data from various sources showed India’s GDP growth flagging under the twin impact of demonetisation and GST.

Finance Minister Arun Jaitley on the Opposition plan to observe November 8, the first anniversary of demonetisation of Rs 500 and Rs 1000 notes, as a black day The IMF said in its latest World Economic Outlook that India’s economic growth for 2017 and 2018 will be slower than earlier projections. The report cited the “lingering impact” of demonetisation and the Goods and Services Tax (GST) for the expected slowdown during the current and the next year. The IMF projected India to grow at 6.7 per cent in 2017 and 7.4 per cent in 2018, which are 0.5 and 0.3 percentage points less than the projections earlier this year, respectively.

Finance Minister Arun Jaitley hit back at Congress Vice President Rahul Gandhi for mocking the Goods and Services Tax (GST) as “Gabbar Singh Tax”, saying those “habituated” to scams would object to legitimate tax. “Those habitual of 2G and coal block scams, will have objections to legitimate tax,” Jaitley said in response to a question on Rahul Gandhi’s jibe at GST. At a public rally in Gujarat, Gandhi had described GST as Gabbar Singh Tax and again took a dig at the government on Tuesday over the pan-India tax regime, saying it was designed to grab peoples’ earnings. “Congress GST = Genuine Simple Tax. Modiji’s GST = Gabbar Singh Tax = Ye kamai mujhe de do (Give me these earnings),” Gandhi mocked in a tweet.

The government decision to infuse Rs 2.11 lakh crore in public sector banks and spend Rs 14 lakh crore on infrastructure projects has received the thumbs up from India Inc. “The decision to invest in PSU (public sector undertaking) bank recapitalisation should result in increased lending, especially to the MSME (micro small and medium enterprises) sector,” said Pankaj Patel, President, Federation of Indian Chamber of Commerce and Industry (Ficci). He said Ficci hoped that the Reserve Bank of India will also pro-actively seek to boost investment and consumer demand through an easing of the repo rate. Bank recapitalisation should also encourage banks to pass on the benefits of a lower rate of interest to investors and consumers. Welcoming the emphasis placed by the Finance Minister on increasing public spending, Patel said the government can afford to ease the fiscal deficit to GDP ratio from the stated 3.2 per cent to 3.5 per cent without any serious negative macro-economic consequences. Announcement of recapitalisation of public sector banks (PSBs) to the tune of Rs 2.11 lakh crore along with a booster dose of Rs 14 lakh crore expenditure will prove to be a mega turnaround point for Indian economy which was tackling issues out of GST and demonetisation, said D.S. Rawat, Secretary General, Assocham. “The bank recapitalisation would lead to a massive sentiment turnaround as the decision by the Union Cabinet … is a great enabler for PSBs to resume lending, especially to small and medium enterprises (SMEs) which are in immediate need for funding,” he said. A whole lot of infra industries like cement and steel would get a boost. Besides, it would also generate jobs at informal levels of the economy and generate demand at the bottom of the pyramid. “These measures would surely set the stage for revival of the private sector investment,” said Rawat.

Also on Tuesday, the government said  that a universal affordable housing scheme will give a big boost to the construction industry as 1.2 crore dwellings will be built in three years under PMAY’s urban component and another 1.02 crore units under its rural component by March 2019.

“The universal affordable housing for all will give a big boost to the construction industry,” Finance Secretary Ashok Lavasa told the media in the presence of Finance Minister Arun Jaitley after a Union Cabinet meeting here. Lavasa said 1.2 crore units under the Pradhan Mantri Awas Yojana or PMAY (Urban) would entail an expenditure of Rs 1,85,069 crore in three years. He said under PMAY (Gramin) 1.02 crore units would be built at a cost of Rs 1,26,795 crore by the Centre and states by March 2019. Lavasa said 51 lakh units will be built this year. The government last month announced a new PPP (Private Public Partnership) Policy for Affordable Housing that allows extending central assistance of up to Rs 2.50 lakh per house to be built by private builders even on private land, besides opening up immense potential for private investments in affordable housing projects on government land in urban areas. The government had launched “Housing for All” in rural areas in November 2016 under which the government proposes to provide an environment friendly and secure house to every rural household by 2022. The government had in June 2015 given its approval for “Housing for All by 2022” for urban areas which provided for rehabilitation of slum dwellers, promotion of affordable housing for weaker sections through credit-linked subsidy and subsidy for beneficiary-led individual house construction or enhancement. (IANS) // ]]>