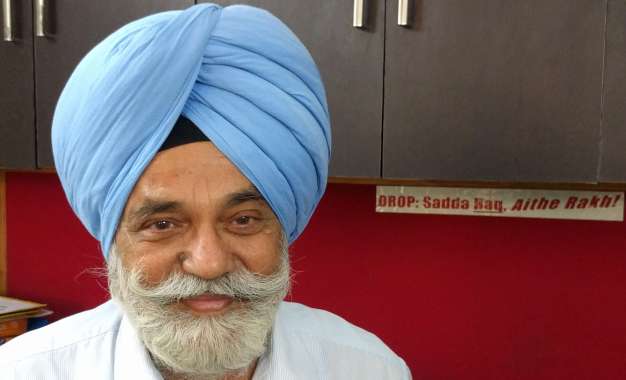 Four years into the Modi government, and some promises remain unfulfilled. The equalisation of pensions of soldiers of same rank and same length of service, or OROP, remains one, according to a section of ex-servicemen who have been protesting against the NDA government’s version of its own campaign promise. Lokmarg met Major General Satbir Singh, SM (Retd) to find out what these soldiers are so upset about:  Major General Satbir Singh is a disappointed man. But he is far from being dispirited. “We have been betrayed by the Modi government,” the 73-year-old thunders, moustache bristling as his usually gentle voice turbocharges instantly to an intensity that could reverberate across a parade ground. Or a battlefield. Because battle has been joined. The motto of the Indian Army’s Artillery arm that the general was commissioned into is ‘Sarvatra Izzat o Iqbal’—Everywhere Honour and Glory. That is the objective. “We have been thoroughly let down by the people we trusted and supported,” the retired officer reiterates in the office at his home in one of Gurgaon’s tony residential sectors. There’s a heatwave on, and his part of the millennium city is experiencing yet another power cut, but there’s no stifling this man, now the leader of the Indian Ex-Servicemen Movement (IESM). The general has cause, for he was there, on stage at a massive rally in Rewari with the great challenger Narendra Modi. This was on September 15, 2013. Three hundred thousand ex-servicemen were there too, cheering, as the man who would be Prime Minister promised to sort out their pension mess. OROP—One Rank, One Pension— was the catchword that made it to the headlines and the national consciousness in that campaign.

Almost five years later and four years of Modi government after, there’s been an OROP, but not in the way it was sought, and not in the way it was incorporated into the covenant of achhe din that the Bharatiya Janata Party made again and again with crores of citizens. What did happen was, first, an inordinate delay in announcement of OROP by the Modi government. The government was sworn in on May 26, 2014 and approved OROP in the budget that followed that July. As late as December that year, Rao Inderjit Singh, junior minister of defence, reiterated the accepted definition of OROP in reply to a question in the Rajya Sabha. Despite this, the government continued hemming and hawing, and ex-servicemen began their protest at Jantar Mantar on June 15, 2015. On August 14, a day before Independence Day, Delhi Police cited security reasons and tried to evict the protesters, including old retirees and ex-servicemen’s widows. The action generated severe criticism from ex-servicemen countrywide, including a letter to the President from four former service chiefs who called it a “dismal spectacle”. The next day, Modi spoke from Red Fort, saying in his speech that the OROP issue was “pending”. It still took the government till November that year to implement its OROP scheme that was unacceptable to the retired soldiers — simply because it did not conform with the government’s own stated definition. “We have been systematically degraded and ill-treated, starting with the action of the Indira Gandhi government in 1973 to drastically reduce pensions of retired soldiers. Since then, the men who have served their country in the best possible way have been given the worst treatment and denigrated vis-a-vis their civilian counterparts who continue to keep their nests well-lined,” says the general. The movement continued to prick the government. In October last year, there was another attempt to clear the ex-servicemen from Jantar Mantar, a National Green Tribunal order prohibiting protests at the monument the pretext this time. Lathis were used freely; many of the women were pushed around. Senior officers like Major General Singh—who called the action a “surgical strike” at the time— were among those manhandled. In what could have been the ultimate insult to such a proud Sikh, his turban almost got dislodged in the melee unleashed on the peacefully protesting ex-servicemen and their kin. It’s not just about pensions, the veteran points out. “OROP is only one of our four basic demands. The other three are establishment of a commission for ex-servicemen, creation of options for a second career because soldiers retire much earlier than civilians, and a war memorial at India Gate.” The OROP protest may have gone missing from the mainstream media and excitement-craving TV channels. But it’s not over. “Our struggle for honour and our rights will continue. If I die, there are others who will step into my place. We have second, third, fourth ranks,” declares Major General Singh, who’s added the recent decision of opening up cantonment roads for civilian transit to his campaign for honour. Considering the number of ex-servicemen across the country and the local impact they have, these are ominous words indeed for the BJP-led government one year before the next general elections.]]>