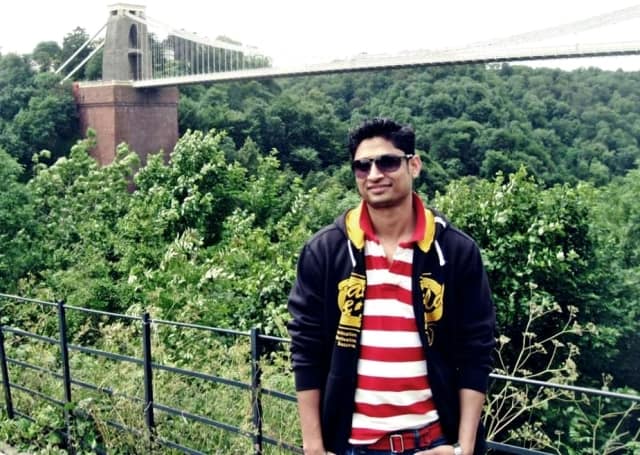 Arup Chatterjee, 34, a business development consultant from Bhopal, who worked in the UK for four years, believes India can learn from the British social security schemes. He warns that handing out freebies like NYAY will only make them dependent on the state; the solution lies in creating more jobs.

I lived and worked for almost four years in the United Kingdom and came back in 2015. In these few years, I have been able to observe how both the countries help their poor. Unlike the UK, India took a long time to cope with the after-effects of colonization. As a result, both socially and financially, India remains backwards. However, now it is time to put an end to this, and that can be brought about only through a change in mindset.

In case of populist schemes like Congress’ Nyuntam Aay (NYAY), I feel they are a way of giving handouts to people, which in turn, makes them lazy. India has a huge population of beggars, who would remain beggars and will have no motivation to work if they get money from the government. Thus, I don’t have high hopes from the as of now.

The people who could benefit from such a scheme are the ones who work in India’s unorganised sector. Demonetization dealt a severe blow to these people and rendered them jobless. But I guess they won’t be covered under the NYAY scheme as they don’t belong to the poorest 20% of the population. Rahul Gandhi should look at addressing the problem of the unorganised sector as a whole. I have heard that he has talked about filling up 22 lakh government job vacancies within a year, if voted to power.

Social security schemes for all sections of society in the UK are well-structured and India can learn a lot from it. However, I have seen many people turn lazy in the UK because the government supports them so well. We Indians generally don’t follow discipline, for e.g. standing in lines, but when it comes to freebies, ‘mamla air bigad jata hai aur log uspe toot padte hain’ (things get worse and people will go up to any extent to avail them). We need a social change where people understand that the government is there to help you only after you have tried to help yourself — himmat-e-mard madadan khuda (God helps those who help themselves).

Whichever government comes to power, it must think about job creation and addressing unemployment. Women are more financially astute and they should more involved in such policy that would require large sums of money to be taken out from the exchequer.

The BJP government had also launched the PM-KISAN Samman Nidhi Scheme, which gives ₹2,000 every quarter to farmers owning agricultural land of less than two hectares. This is quite low in comparison to ₹6,000 per month, but BJP knows how to advertise its schemes better, while Congress/Opposition doesn’t.

I also read that NYAY is expected to cost the exchequer ₹3.6 trillion or around 1.7% of the forecasted gross domestic product (GDP) for 2019-20. However, former Finance Minister P. Chidambaram has said that the cost will never cross 2% of the GDP.

To put less burden on taxpayers, Congress is thinking about doing away with some subsidies as well as sharing the cost with state governments. Let’s see if it works, though I don’t have high hopes.

Last time if I had got the chance to vote (because I was in the UK then) I would have voted for the BJP. However, this time despite seeing the tremendous infrastructural development around me, I am still to make up my mind whether to vote for it or not.

I am doing a lot of research before casting my precious vote and taking note of all facts and figures related to socio-economic development. Our city, Bhopal is known for communal harmony, but BJP is known for its divisive tactics and that is disturbing. I have seen people from all cultures coexisting peacefully during my stint in the UK and we need to bring back the thought of ‘unity in diversity’ in the mainstream to be happy as a country.