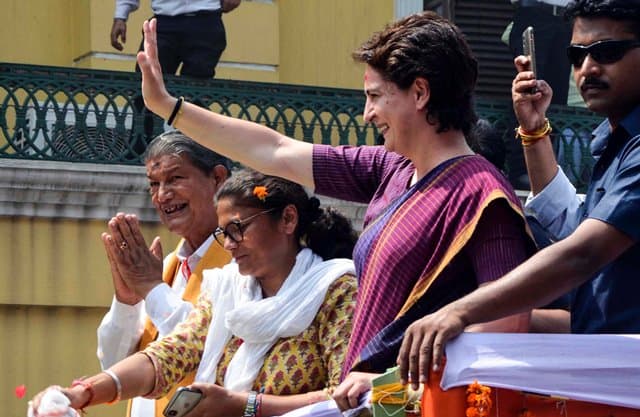 General Secretary of the All India Congress Committee, in charge of eastern Uttar Pradesh, Priyanka Gandhi Vadra waves at party supporters during a roadshow for the upcoming Lok Sabha elections at the district collector’s office in Silchar, Assam on Sunday. She was campaigning in support of Mahila Congress president and party candidate from Silcher Sushmita Dev. ]]>