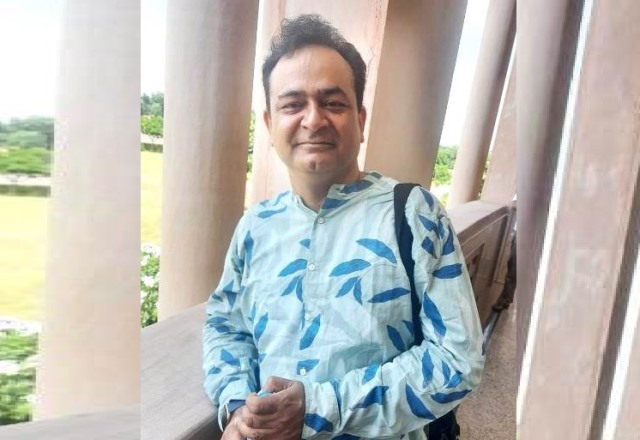 Mandeep Singh, an Advocate in Punjab High Court, says Bhagwant Mann Govt has lost much of its sheen after six months in office

The Aam Aadmi Party won Punjab assembly elections with a brute majority but it was the result of negative voting. Fed up with the alternate rule of Congress and Akali Dal, people of Punjab saw hope in the AAP as a new entrant. However, in just three months the credibility of AAP came to a ridiculous jolt when they lost the Sangrur Lok Sabha by-elections. This was a huge setback to AAP because Sangrur was considered as the party’s bastion. The seat was considered Chief Minister Bhagwant Mann’s is home turf.

I personally feel that the six-month old ruling party in Punjab indulges more in tom-tomming and show-off and has little to do with any change at the grassroots. Whatever they have done till date is cosmetic in nature. They are addressing the symptoms, not the cause.

AAP had promised to implement the Delhi Model in Punjab. What they do not know is that Punjab is a very complex state and nothing can be replicated here. Punjab is much larger than Delhi too and it has distinct issues that people take very sentimentally. For example, Arvind Kejriwal has compared Manish Sisodia and Satyendra Jain with Bhagat Singh. Now this may have repercussions here as people are not happy with the comparison.

CM Mann keeps photos of Dr. Ambedkar and Bhagat Singh in his office but he does not follow their thoughts. This is only for public posturing and a sort of defence. Otherwise he has completely surrendered to Arvind Kejriwal.

ALSO READ: ‘Punjab Will Not Forgive AAP if it Failed to Deliver’

Already the youth have started protesting against the AAP government as they did in previous governments. The CM’s house is gheraoed by protestors on various issues almost daily. The government has lost its credibility in just six months. But I don’t think there is any problem to Bhagwant Mann personally as long as he plays to Delhi’s tune.

One major threat to Punjab in my opinion is the emergence of communal fault lines. AAP is already playing on the communal divisions like Sikh versus Hindu, Dalit Sikh versus Jatt Sikh, Dalit vs Christians. Remember Kejriwal’s statement ahead of elections in Punjab that “Hindus and traders in Punjab are worried. They have fears about internal security”. Now we have more than 40 per cent Hindu population and 33 per cent Dalits too. If some sort of communal polarisation takes place in future, it would certainly benefit the BJP.

Although they have kept a few pre-election promises like free power up to 300 units, there is a catch to it. I discovered the other day that I have not been getting power bills since April. When I enquired about it I was handed over a bill that showed far less units than my household usually consume. When I mentioned this to power officials, there was no response. So I presume they are generating random bills. I am worried if I will get a huge bill in near future.

Since AAP has fulfilled a few promises so people are largely of the opinion to give them more time; basically wait and watch. Punjab electorate is politically aware. It neither voted by heart for AAP not is disheartened by its betrayals. It is keeping a close eye on political developments.