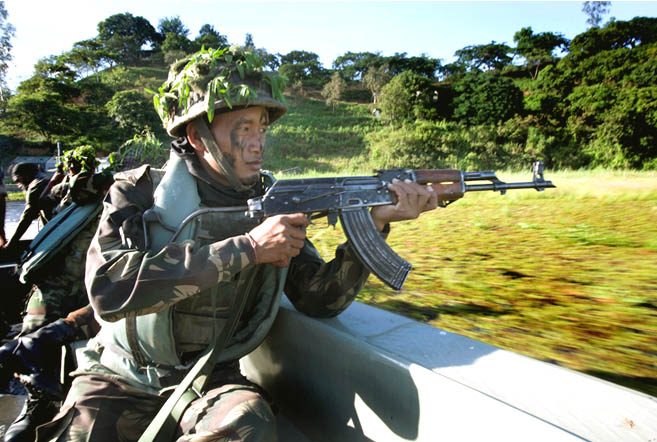 The recent case of December 5, 2021 where the security forces in Mon, Nagaland killed 13 innocent civilians in an ambush and subsequent unrest and resulting in death of a soldier, has renewed the demand for repeal of Armed Forces (Special Powers) Act -1958 or AFSPA. As per the presumably draconian act, Security Forces (including the para military forces of Assam Rifles and Rashtriya Rifles) and Central Police Organisations (CPOs) including BSF and CRPF, are given sweeping powers to search and seizure in civilian inhabited areas and arrest suspects without warrant for a limited period. Armed Forces can also open effective fire on terrorists or militants under this act.

AFSPA can only be applied by the Union Government where law and order has broken down and a defined area, district or the entire state has been declared disturbed, under the Disturbed Area Act, by the State Government. While the AFSPA gives special powers to the security forces and CPOs, the principle of minimum force and restraint is always exercised by commanders and troops at all levels. ‘One off’ actions like the incident at Mon happen due to the lack of judgment, scanty knowledge of the ground, and inept training at the junior level, and the actions by erring members of security forces never go unpunished.

Most of the areas where the Disturbed Area Act has been applied, fall in border areas wherein trans-border or trans-Line of Control (LoC) movement takes place with connivance of security forces of Pakistan, China and Myanmar. Immunity for acts of murder, rape, kidnapping, arson, looting or drug trafficking is not given under this Act to any security forces under the AFSPA; as is widely misunderstood by a section of the society. Because the security forces in these border areas have to intercept armed infiltrating and exfiltrating groups in real time, immunity to take action against such groups is covered under AFSPA.

In practice, invariably, the security forces are accompanied by local civil police who are handed over the captured terrorists, militants, suspects, weapons, ammunition and dead bodies after the encounters. Utmost care is taken to use minimum force against such terrorist or militant in order to avoid collateral damage. However, if some unfortunate collateral damage takes place in conduct of bona fide duty, then the security forces who had operated in good faith are immune from being apprehended by the civil police and tried by civil court. However, the actions of troops are scrutinised under the Army Act and departmental disciplinary action is taken against defaulting service persons without delay; in pursuit of justice for the innocents, as per the law of the land.

The AFSPA is required to defeat the machinations of the adversaries who sponsor proxy war on our borders in a bid to destabilise the Indian state. AFSPA has also been applied in counter insurgency operations in hinterland in our Northern and North Eastern States of J&K (now Union Territory), Punjab, Nagaland, Manipur, Assam, Tripura, Mizoram and Arunachal Pradesh. Without the legal shield provided by AFSPA, the security forces would be hesitant to take offensive actions against the armed insurgents and those groups may continue to operate with impunity.

However, utmost care has to be taken to ensure fire is not opened on innocent civilians and warning and restraint need to be exercised. Normally, the security forces only open fire in self defence when the terrorists open fire on to them from the opposite direction or from a flank. This restraining action also ensures that innocent civilians are not targeted. The life of an active terrorist or militant is not more than an year after he starts indulging in violent actions against the population, civil police or security forces. Therefore, if the information about the movement of terrorists is not confirmed, they are given the benefit of the doubt with the hope that they will fall in the hands of the security forces if they continued perpetuating violence in the society.

An issue related to continuity of AFSPA in some border states is the state and quality of the civil police in that state. Due to coercion or sympathy for the terrorist groups, who may be seen as freedom fighters by a section of the local population, a portion of the civil police invariably gets compromised and may not be acting in the interest of the Indian State. There is a dire need for police reforms in the country wherein politicians are stripped from the powers of employing the civil police as per their whims and fancy resulting in employment of overwhelming strength of the police force only on protection of the VVIPs leaving a small portion of the force to do the extended police duties for the common man.

Whereas the need to have AFSPA is paramount for security forces operating in difficult terrain against armed groups in border areas, its continuation in hinterland in less disturbed areas needs to be constantly reviewed and the act should be lifted wherever semblance of normalcy start showing up. The Act was lifted from Punjab after about ten years of its imposition once the state dramatically returned to normalcy in 1995. Similarly, in the North East, the law has been lifted from Tripura and Meghalaya but continues to be applied in Nagaland from 1958 onwards. There is a case for identifying less threatened areas of Nagaland and Manipur and lift the Disturbed Area Act and AFSPA from those areas. The state governments and security forces need to be dynamically reviewing the situation every three to six months to decide if a particular area needs to be removed from the listed Disturbed area so that AFSPA is no more applicable in that area.