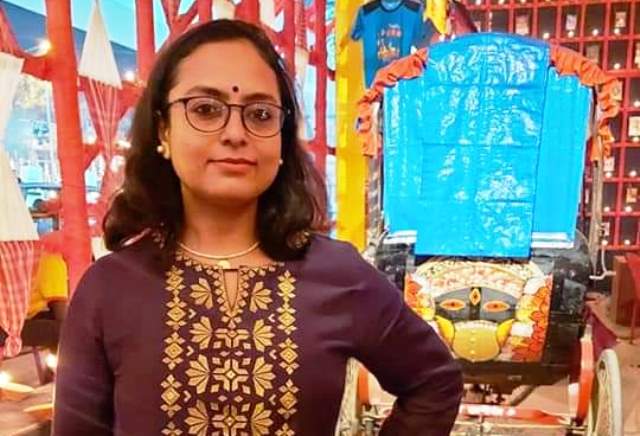 Banani Mukherjee Das (35), a PR professional from Kolkata, says India can take a lesson or two from its neighbours to make the minority communities feel safe

I have been watching the events unfolding in Bangladesh ever since the controversy erupted during Durga Puja this year beginning from Comilla. Many people have lost their lives and many a Hindu homes and businesses have been attacked. Be it any religion at the receiving end, I feel sad that people continue to fight and even hurt and kill one another over religious beliefs. More so because my family has its roots in Bangladesh. We belonged to Dhaka before my grandfather shifted to India.

It seems we haven’t learnt any lessons from the pandemic? In raging Covid days, people across the world had transcended barriers of caste, creed, religion etc. to help each other in the name of empathy and humanity. All that camaraderie looks frayed now.

There are reports that Hosain Iqbal, the main perpetrator was of an unsound mind and didn’t realise the consequences his actions would carry. But couldn’t the security have been strengthened, given it is such a huge festival, in fact the biggest festival for Bengali Hindus? And even if one person placed the Quran and then spread rumours about it, why were others so quick to believe and get enraged? The undercurrents of discomfort between communities are there in most parts of the world, they come to the surface only occasionally though.

I must add that the spirit of syncretism is alive and thriving in Kolkata and will continue to be so. According to me, Mamata Banerjee has ensured that the seeds of hatred cannot be sown in Bengal, especially Kolkata. Like Didi, I feel that the Bangladeshi Prime Minister, Sheikh Hasina or in other words, most women leaders often try to douse the fire of hatred rather than fan the flames.

People across the world are unequivocally praising Bangladesh’s handling of the whole incident, and condemnation from the civil society as a singular voice. I also like how she handled the whole Rohingya crisis which could have been avoided by another woman leader, Aung San Suu Kyi.

ALSO READ: Attacks On Hindus In Bangladesh Amid Pujo Is Shocking

Recently there was this case in Pakistan also when a Hindu temple was attacked and the Pakistani government also acted swiftly. Perhaps India could learn a lesson or two about how to handle the rights of minorities and that they should not be scared of being who they are. There have been reports that Bangladesh has overtaken India in GDP per capita, and has better employment opportunities, especially for women. India is below Bangladesh in the Hunger Index as well. I believe Bangladesh has learnt its lesson that hatred doesn’t help a country and its people thrive, only a few people benefit from spreading hatred.

When minorities are respected and feel safe, they feel freer to contribute to their maximum potential and it benefits the country at large. I loved how Sheikh Hasina said that Hindus had contributed equally in Bangladesh’s freedom fight and the same goes for India’ s freedom struggle.

I hope we can sustain the lessons we have learnt from the pandemic and not give in to hatred. We should not lend weight to rumours either. If the pandemic has taught us anything it is that we all survive when we help each other survive. There is always a place for love.