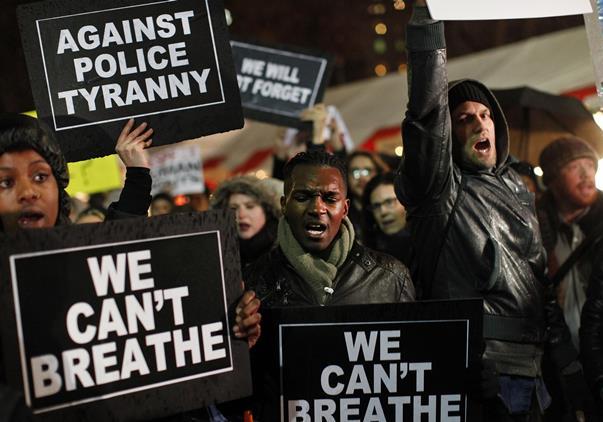 White people in this country will have quite enough to do in learning how to accept and love themselves and each other, and when they have achieved this — which will not be tomorrow and may very well be never — the Negro problem will no longer exist, for it will no longer be needed.
– James Baldwin in Newyorker, November, 1962

Between Minneapolis police officer and his three colleagues who backed him, Derrick Chavuin, and Afro-American citizen George Floyd, it took just about 8 minutes and 46 seconds, to resurrect the jackboot of White supremacy and Ku Klux Klan racism yet again, in full public view, as a public spectacle for the whole world to see.

Pinned down by his knee on the ground for the alleged crime of using a $20 counterfeit currency note (like another White man who was let out easily and predictably), the knee is yet again becoming a bad faith/good faith metaphor in the United States of America, certainly not the ‘greatest nation’ in the world, as it routinely claims. Indeed, the cops in Miami, one knee bent, have proved the visual and symbolic value of this gesture – followed by protestors hugging them warmly, some with tears in their eyes.

Remember the infamous ‘Wounded Knee Massacre’, and all the other massacres of  the indigenous native tribes of the Americas by the ‘White migrants, immigrants and outsiders’ to capture their land, bodies, natural resources, and brutally ravage their souls, civilizations, memories, folk traditions and history? The massacre on December 29, 1890 and later, of more than 300 Lakota Indians by the US Army in the Wounded Knee Creek somewhere in the southwest South Dakota has been movingly recorded in that heart-breaking book: Bury my Heart at Wounded Knee by Dee Brown.

Indeed, not only Black Lives Matter, the lives of the original inhabitants of these vast lands, killed by small pox, starvation, brute atrocities and genocides, too matters, though most of the last remaining native tribes, malnourished, ghettoised and degraded, have been pushed into invisible  forests and no-man’s land as third class citizens, outside the gaze of the so-called ‘greatest nation’.

George Floyd kept saying something which too has become a bad faith metaphor for the whole American society, White and Black, immigrants, Latinos, dissenters, intellectuals, journalists, homemakers, professional and students. Like that famous painting called ‘Scream’ by Edvard Munch, his last words reflect the suffocating reality of oppression which the largely marginanlised Afro-American communities, among other oppressed groups, face in affluent America.

“I can’t breathe,” he said. “Please help.” As he was pinned down, finally, calling out for his mother in his last moments. Murdered on the street by a White cop for no rhyme or reason, as is mostly the case with Black people in scores of similar situations all across the White supremacist landscape of this advanced capitalist democracy.

In recent times, this sinister and open legacy of murder has continued unabated, especially under the leadership of President Donald Trump. Some weeks earlier, Ahmoud Arbery was killed by White vigilantes in a suburb in Georgia; the video footage showed he was peacefully jogging. On March 13, an African-American woman, Breonna Taylor, was killed by the cops. Later, it transpired that they had botched it up again – they were searching an alleged suspect at a wrong address.

Indeed, the homeless streets of New York, perhaps one of the most democratic and expensive cities in the world, are a testimony of the destiny of the Black population in America. Even in the bitter, freezing cold, with temperatures falling below minus 40, they are out on the windy streets, in the night and during the day, poorly clothed, looking for the idea of fake warmth from the heating system’s steam which comes out from the streets and gutters. Capitalism in America is cold and cold-blooded – even a beggar has to get a coffee from a Starbucks café!

The prison system is yet another example, including those run by private parties, including the highly exploitative prisons, as reports say. Till about 2017, majority of the prisoners were either Blacks or Latinos/Hispanics, and the quantum of punishment they get is often disproportionate to the crime committed by them, it is reported.

According to a report by the Pew Research Centre, Blacks have long outnumbered Whites in American prisons. However, there has been a decline in the number of Black prisoners, according to new data from the Bureau of Justice Statistics (BJS).

ALSO READ: Donald Trump: What Is There To Not Like

Trump decisively botched up the pandemic aftermath, in initial and total denial. Consequently, more than 100,000 Americans have died, a large number in New York, something perhaps which never happened even while putting the death toll together in the civil war, the first and second World War. Anyway, since it is geographically so distant in the map, America has had the illustrious history of inflicting death and destruction across the continent, but remains aloof and safe, facing no consequences for its actions, unlike, for instance, what Europe faced, and Soviet Russia, during the war against fascism.

Indeed, the thousands killed in the middle-east due to American policies and ‘blood for oil’, remains a fact of bitter realism. While Germany under Angela Merkel can give shelter to one million refugees from the Middle East, much of America can only suffer vicarious guilt and detached anxiety.

Even the pandemic seems to have killed more Blacks than Whites; in the manner that the poorest workers and migrants in India have suffered the most after a botched up lockdown announced by the Indian prime minister. Even a pandemic is prejudiced when translated in different geographical and social circumstances. Indeed, the unemployment figures among African American in a routine scenario is 25 per cent – almost three times the national average. In recent times, post pandemic, reports point out that of those arrested, 68 per cent are Black and 24 per cent are Latinos.

Among the White supremacists, like those who backed apartheid in South Africa for decades, the summering longing in the political unconscious is for a ‘back-to-slavery’ syndrome. ‘Make America Great Again’, the Trump slogan, in many ways reflected that – Make the Whites Call the Shots. They call the shots anyway.  Loosely translated, it means give more power to the powerful.

Every gesture and word of the militarist and narcissist US president, including holding the Bible outside  an Episcopal Church in Washington DC, after using rubber bullets and tear gas against peaceful protesters, and ‘kettling’ them, is reflective of this perverse ‘White American Nostalgia’. Not surprisingly, the bishop of the church, and other Church authorities, have expressed outrage and anger at his gesture amidst police violence, and has strongly condemned it.

The silver lining in this American explosion is that both Blacks and Whites, along with other communities, across the class and social spectrum, have collectively taken racism by the horn. It is reflected not only by the Miami cops, or the Houston police chief telling Trump to “Shut up”.

It is mostly reflected by the great gesture of the White protestors, including women, who line up as peaceful vanguard, in front, protecting the Blacks, telling the armed cops, “Come, get us first, will you?”