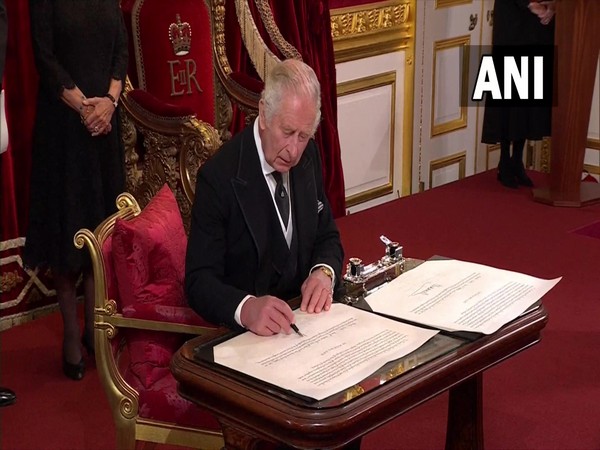 King Charles-III was proclaimed as the new monarch of England on Saturday after his mother Queen Elizabeth II passed away on Thursday.

Dressed in a formal black tuxedo, Charles, 73, has been proclaimed the new King of England. With the new development, his wife Camillas Parker Bowles will now be England’s Queen consort.

On Friday, Charles, the longest heir to the throne, Camilla arrived at Buckingham Palace in London and met mourners, following the death of Queen Elizabeth II.

Buckingham Palace was swarmed with waves of mourners held back by barriers as Charles met the crowds.

The royal dignitary received a warm reception as he passed the crowds gathered outside Buckingham Palace.

Charles was offered bouquets of flowers and even a kiss on the cheek as he shook hands with those who had gathered to see him arrive.

He was by his mother’s side at her beloved Scottish Highlands home as her health deteriorated, and returned to the capital to hold his first audience with Prime Minister Liz Truss.

He married Lady Diana Spencer on July 29, 1981, and became the first royal heir since 1660 to marry an English woman.

In August 1996, Diana and Charles went their separate ways and got legally divorced.

After Diana’s demise in a car accident, Charles remarried Camilla Parker Bowles in April 2005. Soon, the couple got the royal title of Duke and Duchess of Cornwall. (ANI) 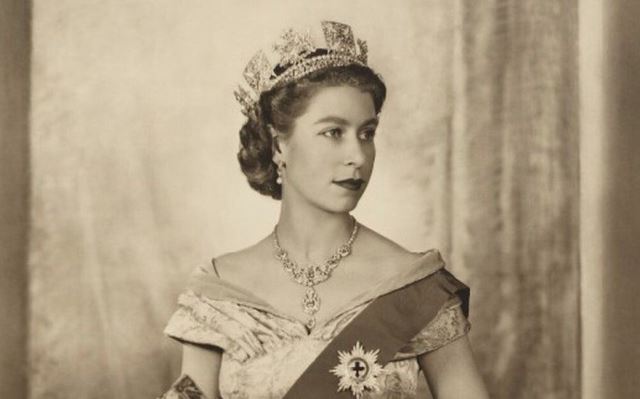 After the passing away of Queen Elizabeth on Thursday, King Charles will be officially proclaimed as Britain’s new monarch at a meeting of the Accession Council at St James’s Palace on Saturday.

The 73-year-old King Charles has boarded a plane to London and will be proclaimed at Accession Council tomorrow at 10 am tomorrow in the State Apartments of St James’s Palace, said Buckingham Palace.
King Charles was by his mother’s side at her beloved Scottish Highlands home as her health deteriorated, will return to the capital to hold his first audience with Prime Minister Liz Truss as king, before he addresses the nation on television at 6 pm, reported Sky News.

Dressed in a black suit and tie, the grieving King, left Balmoral this afternoon seated in the back of a car, with his wife Camilla, the Queen Consort, in the front passenger seat, as they were driven in convoy to the airport.

He stepped out carrying a bundle of papers and stopped to shake hands and spend time chatting to staff in the rain, before leaving on a plane bound for London, reported Sky News.

The couple spent the night at Balmoral following the death of the 96-year-old monarch, who he described as a “cherished sovereign and a much-loved mother”.

Following news that the Queen’s health was deteriorating, other senior royals also rushed to be by her side, including the next in line to the throne, Prince William.

His brother Prince Harry, was the first to leave the Royal Family’s Scottish residence this morning and boarded a British Airways flight from Aberdeen to London after he had travelled to Scotland alone.

Prince William did not join his father, as it is a royal protocol that the monarch and heir to the throne do not travel together, reported Sky News.

He, Princess Royal, the Earl and Countess of Wessex and Prince Andrew remain in Scotland.

Senior royals will have duties to perform in Scotland in the coming days when the Queen’s coffin begins its journey back to the capital.

King Charles III acceded to the throne immediately following the death of Elizabeth II on Thursday, and described losing his mother as “a moment of the greatest sadness for me and all members of my family”.

During this mourning period, he said he and his family would be “comforted and sustained by our knowledge of the respect and deep affection in which the Queen was so widely held”.

The new monarch – born Charles Philip Arthur George – became heir to the throne at the age of three, a title he would hold for 70 years.

He has been preparing to be King his entire life and has chosen to use his Christian name for his title as monarch, just like his late beloved mother, Queen Elizabeth II.

The formal process of proclaiming him King will be carried out by the Accession Council – a group made up of Privy Counsellors, Great Officers of State, the Lord Mayor of London, Realm High Commissioners and senior civil servants.

It is split into two parts. The first approves various consequential orders including the arrangements, without the King present.

The second involves the King holding his first Privy Council, making his declaration and reading and signing an oath to uphold the security of the Church in Scotland (as unlike in England, Church and State are separate there) and approve orders which facilitate continuity of government. (ANI) 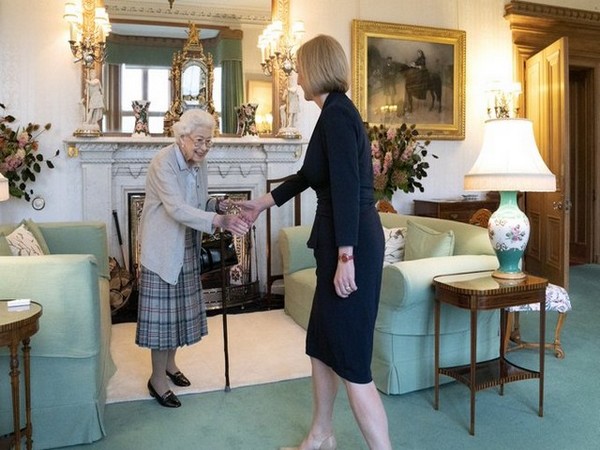 “The Queen received Liz Truss at Balmoral Castle today. Her Majesty asked her to form a new Administration. Ms. Truss accepted Her Majesty’s offer and was appointed Prime Minister and First Lord of the Treasury,” The Royal Family tweeted.

Truss was elected the head of the UK’s Conservative Party on Monday after defeating former chancellor of the exchequer Rishi Sunak.

Truss became the first prime minister to be appointed by the Queen in Scotland, and not at Buckingham Palace, as tradition requires .

After meeting the Queen, the new prime minister will return to London and speak outside the Downing Street office.

Truss defeated Rishi Sunak through a postal ballot of all Conservative members. She secured 81,326 votes while Sunak got 60,399 votes.

“I am honoured to be elected Leader of the Conservative Party. Thank you for putting your trust in me to lead and deliver for our great country. I will take bold action to get all of us through these tough times, grow our economy, and unleash the United Kingdom’s potential,” Truss wrote on Twitter. (ANI)