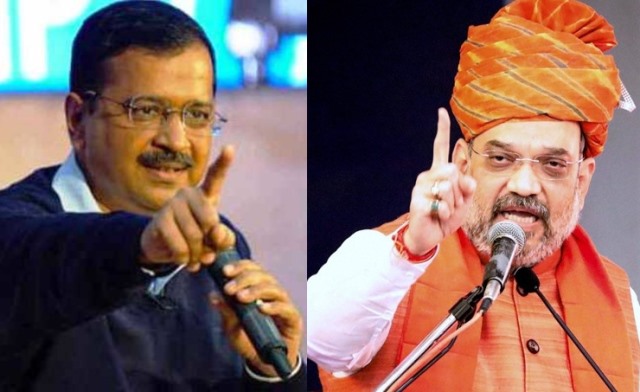 Outsmarting the heavy-handed, powerful and well-funded electoral juggernaut engine of the BJP in the coming Delhi Elections, Arvind Kejriwal is playing by his game plan, frustrating Amit Shah’s well known strategy of communal and divisive politics. The Delhi Election is only a week away. The capital has eluded the BJP for 22 years. It is desperate to ‘own’ it.

Predictably, the saffron party’s campaign, led by home minister Amit Shah, has been aimed at polarising voters along religious lines. Its infamous and well tested strategy of dividing the opposition, isolating a minority and infusing a communal agenda in the election is being thrown at full force to wrest Delhi from Arvind Kejriwal-led Aam Admi Party. But Kejriwal is avoiding a counter attack. The question on people’s mind is whether he will buckle.

ALSO READ: Why Kejriwal Still Has The Edge

The young Aam Admi Party is proving to be a tough and smart competitor. The Delhi chief minister has refused to take the BJP’s bait and deliberately steered clear of engaging with the saffron party on the ongoing Shaheen Bagh protest, a recurring theme in Shah’s speeches.

The home minister and the BJP’s army of campaigners has launched a vicious attack against the protest, describing it as an anti-national act. They have accused opposition parties of supporting the agitation who, they charge, are speaking Pakistan’s language. While inciting violence, the BJP has also gone as far as to describe Kejriwal as a terrorist.

Kejriwal’s AAP is, however, treading cautiously. Well aware that it is ill-equipped to counter the BJP’s brand of communal politics, the party is keeping the focus on its government’s achievements. Despite provocation from the other side, Kejriwal has not deviated from this carefully-crafted strategy of continuously highlighting how his government reduced power and water bills, improved the quality of education in government schools, set up mohalla clinics to provide health facilities in slums and introduced free bus travel for women.

The subtle message of his “positive” campaign is that good governance benefits all sections of society and is not aimed at appeasing any one caste or community. On its part, the BJP has attempted to discredit Kejriwal for not delivering on his promises by pointing to the poor conditions in schools and the non-functioning mohalla clinics. But this has not cut much ice with the people. The underclass is firmly with the AAP. However, it is not clear if the BJP’s polarising campaign is having an impact, especially on the middle classes which are known to be taken in easily by its majoritarian agenda.

Kejriwal has always been adept at playing the victim card. When he entered politics seven years ago, he was constantly at war with the Modi government which, he charged, was meting out step-motherly treatment to Delhi only because it was led by the AAP. He complained that his government’s proposals were deliberately kept pending by the Centre and that he was not even allowed to appoint officials of his choice. But he has changed tack over the past year. Kejriwal stopped attacking Modi and even supported the Centre’s move to abrogate Article 370. Instead, the Delhi chief minister concentrated on propagating his government’s achievements and kept himself busy, launching a slew of schemes before the declaration of elections.

As he fights to retain power for a second consecutive term, Kejriwal got another shot at playing the victim when BJP leader Parvesh Verma described him as a terrorist during the ongoing poll campaign. Instead of adopting a combative stand, which had become his trademark, Kejriwal struck an emotional note, saying he gave up his government job, sat on hunger strike in his fight against corruption and worked tirelessly to improve the education and health facilities in Delhi despite being severely diabetic. “I leave it to the people of Delhi to decide if they think of me as a son, brother or a terrorist,” he said plaintively.

This is not the first time that Kejriwal has donned a new avatar. He came into the limelight during the 2011 anti-corruption movement, demanding the immediate enactment of a Jan Lokpal Bill to scrutinize corruption cases against government officials and politicians.

But the activist-turned-politician quickly shifted his stand after the formation of the Aam Admi Party. Though he came to power on the anti-corruption plank, Kejriwal instead found merit in wooing the poor jhuggi jhopri residents and the lower middle classes by promising them cheaper power and water and better infrastructure, thus successfully hijacking the Congress support base.

The choice of a broom as his election symbol was another masterstroke as the scheduled castes immediately related to it as they believed it gave them dignity. At the same time, the broom symbolised the sweeping away of corruption and the promise of a cleaner government. Kejriwal also surprised mainstream political parties by building a strong party organization in a short span of time.  His band of soldiers kept a low profile and worked tirelessly and silently in the slums as well as tony upper-middle-class colonies. He shocked his political rivals when the AAP won 67 of the 70 Delhi assembly seats in 2015.

For the BJP, the Delhi assembly election has become a prestige issue. For fifteen years, it tried but failed to dislodge the Congress. Today, it has put its entire election machinery at work to oust Kejriwal’ AAP, its new political enemy Unable to corner Kejriwal on the issue of poor governance, the BJP decided to go back to what is its trump card: communal polarisation. Besides demonizing the Shahbeen Bagh protesters, the BJP leaders are also highlighting the abrogation of Article 370, the triple talaq bill and the new citizenship law as the Modi government’s achievements to woo voters.

Though the BJP’s strategy of focusing on national issues did not yield the desired results in the recent Haryana, Maharashtra and Jharkhand assembly polls, the party  is banking on the fact that as residents of  the country’s capital, voters in  Delhi have far greater exposure to national issues and are more influenced by them than voters in other states. It is equally true that the BJP has no choice but to highlight its ideological agenda as it is finding it difficult to corner the AAP on the issue of governance.