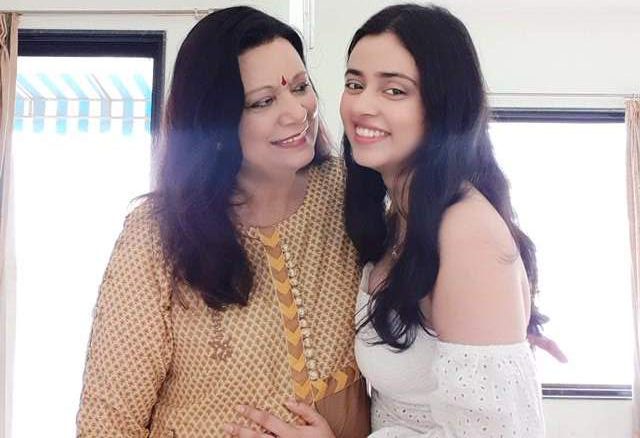 Chahat Awasthi, a journalism trainee at Cardiff University in UK, had many an anxious moment about her mother’s wellbeing as Covid-19 was wreaked havoc in India

“I’ll die if you fall sick,” said my mother two months back. I wanted to tell her the feeling is mutual. Instead, I said that I am fine and well-protected as some of my flatmates’ friends from college entered the common kitchen for a study session. In my defence, the UK has had zero Covid cases and the economy has been opening-up slowly. People are meeting each other with much abandon. I have no control over the government’s decisions.

That night the thought of losing my mother while I perish within the four walls of my student accommodation in a country that I have barely adjusted to gripped me.

It was a sleepless night but then it has been months worrying about India. My mum is a single parent and is currently living with my sister. I have been waiting for weeks to hear good news from the homeland. It did come, only later than most of us expected and later than can be forgiven or forgotten.

The country has lost too many loved ones. There looked what seemed like a lack of preparation for a situation like that. There was dearth of medical equipment. Rallies went on. Religious celebrations went on. But, sometimes life does not.

But at one point bodies were being found in Ganga, and there were lessons on positivity handed to people who blamed the government. A friend spoke of a hospital bill that was higher than it should be considering the death certificate showed time of death a day earlier. Bill included services and support not provided. I wondered if there is an end to grief and greed. Finding opportunity in adversity?

Mother is now in her 50s, a heart patient but fully vaccinated now. It happened before we entered the shortage phase. There is gratefulness but not with certain qualifications. The ‘what ifs continue.’ No one is invincible.

Meanwhile, here, I got my first shot. Mother-daughter sighed together on call that day.

But, from March to May, I have constantly stressed about the virus. There was begging involved, have asked friends to ensure she is ok, have asked them to ensure other friends are ok, have seen some lose their parents, some siblings, etc. Others battled mental health issues. I have been trenched in mine. So much guilt to wade through these as questions where does stress stand in the hierarchy of loss.

It comes as no surprise thus that the humiliation is not singular in its impact. There is the shame of not having had a loss, fear it might strike any day, and helplessness. What can I do to help? How can I make a contribution that counts? So, I made a video on how to spot fake news. I got 58 likes and 554 views. The problem persists.

Be positive, I have been told time and again, while my family back home spoke of who lost whom and I sat in my room with deadlines, thinking of unignorable inefficiency in the politics of hate and self-interest over that of the collective’s.

At least there is technology. A WhatsApp call once in the morning and once in the evening has been the order of the day. It helps my mother go by. She is counting the days for my return. I get it. Today, 23rd June is crossed in my calendar too.