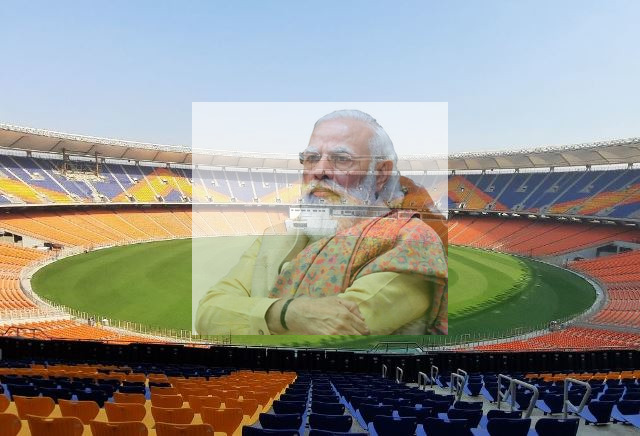 Immortality is commonplace, wrote Jorge Luis Borges, but human vanity, megalomania and narcissism has an eternally infinite quality in its self-obsession of historical greatness. In life and in death, and beyond death, thy name shall be remembered, if not in the hearts of grateful citizens and fellow human beings, then in gigantic monuments – this has been the doctrine of both dictators and democrats alike. That is why, their names adorn architecture wonders, towering buildings and institutions, railways stations, airports, universities, hospitals, streets and squares. Do they deserve it? That is the question which history must answer.

Most dictators suffer from this epidemic of immortality, though many democrats too are not far off. In other cases, their devoted followers, for vested or political reasons, choose to immortalise the names of their leaders, much after they are dead and lost in public memory. ‘Aspiring India’ is now in the midst of this ‘inspiring’ churning.

Take for instance the case of Kazakhstan, which became ‘independent’ soon after the collapse of the Soviet Union in the early 1990s, and its eternally infinite ‘former’ president and leader, Nursultan Nazarbayev, now 80.  After three decades of unilateral rule, he suddenly and surprisingly ‘resigned’ as president in March 2019. But, then, as is the case with many post-Soviet Central Asian countries, there is, predictably, a catch.

Soon after, his elder daughter, Dariga Nazarbayeva, was appointed to the number two position in the upper house of a one-dimensional Parliament with its sticky lollypop of democracy. Effectively, she, thereby, became the most powerful person in the country, even while ‘Papa’ called the shots. Inevitably, a loyalist, Kassym-Jomart Tokayev, was sworn in as president, who quickly not only promised to abide by his leader before taking all key and strategic decisions, but instantly proposed that the capital, Astana, meaning Kazakh, should be named after the Great Leader himself. Hence, Astana, since then, is called Nur-sultan – the ‘Light of the King’!

This luminescent light has been shining across many nations all over the globe. Saddam Hussein built a gymnasium in his name, why, only he knows. The ‘Great Helmsman and Dear Leader’ of North Korea, rebuilt a stadium destroyed during the Korean War in Pyongyang and renamed it in his own name: Kim Il-Sung Stadium. His illustrious son, with an infectious laughter and miscellaneous fictitious missiles targeted at various mythical cities in America, perhaps, is still not in a mood to name anything in his name, so immortal he has already become in his own lifetime!

ALSO READ: When Celebs Call Our For A Cause

Among others, Adolf Hitler was modest enough to name only one stadium in his name: Adolf Hitler Kampfbahn, Stuttgart. Why only one stadium, on a world-conquest project, remains an enigma! Perhaps, he was too busy with the Holocaust, the gas chambers and the concentration camps. And, surely, he could not name all these death camps where he killed millions of Jews across Europe in his name!

Same was the case with his best fascist buddy in Italy. Stadio Olimpico Grande Torino in Turin, constructed as a sign of the great power of the emerging supremacist races in the 1930s, was originally named Stadio Municipals Benito Mussolini, while he was in power. Stadiums apart, both Hitler and Mussolini, could never predict their unremarkable end.

In mid-Sixties India, the then education minister MC Chagla proposed to Jawaharlal Nehru that Delhi needs another university, and that it should be named after the first prime minister of India. Nehru reportedly “flared up”. He apparently said that his views about raising memorials to living persons is well-known, that it is entirely wrong and no statues or institutions should be thus named after any living person. Nehru reportedly said that Delhi has a great history and there could be many names – why not Raisina?

Years later, Chagla did what he wanted. Named JNU after Nehru. Plus, there is a statue out there now near the administrative block of a man who never really wanted it in the first instance.

One can understand unauthorised slums of the poorest and homeless migrant labourers named after politicians, like Sonia Vihar in Delhi. It gives the most impoverished and powerless living in sub-human conditions some sense of protection from the bulldozers and cops. But why parks for the happy middle and upper classes on their morning walks?

Take for instance the Sanjay Gandhi parks in Delhi. Why, for god’s sake, should parks be named after an upstart bully, a tinpot dictator and the notorious son of a dictatorial prime minister who ran amok during the Emergency?

Or, why should the Delhi airport be named after Indira Gandhi; why not, in the name of Mahatma Gandhi, or Frontier Gandhi, or, Sardar Patel and Bhagat Singh, even Ghalib, for instance? Indeed, it’s a puzzle as to why should the Hyderabad airport be called the Rajiv Gandhi International Airport! Surely, Hyderabad, Andhra and now Telangana can boast of illustrious figures of brilliant greatness from their indigenous terrain and history on whose name the airport could be named, with due respect to the late prime minister.

Consider the fact that revolutionaries like Bhagat Singh, Chandrashekhar Azad, Ram Prasad Bismil, Ashfaqullah Khan, Batukeshwar Dutt, Durga Bhabi, Kalpana Dutt, among hosts of other greats in the freedom struggle, have found no place in public memory in terms of naming or renaming architectural spaces. Why only revolutionaries, Munshi Premchand, Phanishwar Nath Renu, Sahir Ludhianvi, Mohammad Rafi, Guru Dutt, Balraj Sahni, Ismat Chugtai, among other greats, have all been ignored or dumped, suggesting a country where the powerful care two hoots about its great cultural and aesthetic legacy. The Kaifiyat Express in Uttar Pradesh is perhaps a rare departure, a tribute to Kaifi Azmi from Azamgarh in UP, among such truly rare, sensitive and precious departures in modern Indian history.

Among other states, West Bengal has named all its metro stations in Kolkata remembering the inheritance of its cultural icons, from poets and writers to actors. The state has names of its cultural icons etched across its landscape, much like Moscow or Berlin, for instance, where, despite their changing history in contemporary times, you can move from the memory of Lermentov to Tolstoy to Marx to Brecht, across its beautiful lanes and squares.

In Gwangju, South Korea, the democratic upsurge against the military dictatorship in the 1980s, is etched in the graveyard nearby remembering the dead who fought and died for freedom and democracy. It has been designed with aesthetic refinement and great sensitivity. There is a photograph, and a small epitaph. Plus, the living opera in the backdrop which is sung in a choir during the anniversary of the uprising, with tears flowing among the audience, in memory and grief, and in deep, authentic homage. Indeed, those who remember the sacrifices of their dead for a better, democratic and humane society, are always trying to create a better, democratic and humane society, despite all odds.

That is why, the current public spectacle at the Motera Stadium in Ahemdabad appears straight out of the warped text books of Nursultan, Hitler, Kim Il Sung and Mussolini. Barring Mayawati who built her own statues, and that is considered by many as a reassertion of Dalit identity submerged and oppressed by upper caste history, agree or disagree, no living politician has ever created or endorsed his own pubic monument in post-independence India.

With the two big stands in the cricket stadium named after two profiteering Gujarati industrialists, known to be the best buddies of the Dear Leader currently ruling from Delhi, the theatre of the absurd is now turning sincerely bizarre.

Hum do, Hamare do? Well, it could very well be the love, self-love, in the time of Corona!