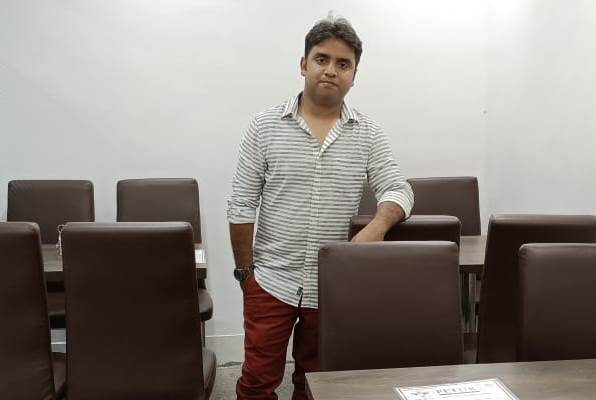 Biplob Basu, 34, a food entrepreneur, says small businesses suffered due to demonetisation, GST and there was little help during pandemic from the BJP-led government at the Centre

My story is one for the books. Both my parents are doctors but I pursued Hotel Management and chose to be a food entrepreneur. And it hasn’t been a smooth ride. The year I opened Petuk, a home-based eatery with a catering division in Kolkata was also the time when politics began over the palate. What you were eating and serving came under scanner.

People with no understanding of Bangla food, wanted to dictate what others should or should not eat. I would therefore prefer a government which is open-minded and understands plural cultures and cuisines.

There are other reasons too why I would choose Mamata Didi’s Trinamool over the BJP. My food venture had just about begun to break even in 2016 when the Centre announced demonetisation. It was taxing time as people queued before ATMs and eating out was not a priority. Just about when that phase was over, the GST (goods and services tax) was rolled out. My expenses (taxation) rose but not my earnings.

I was barely able to understand the nitty gritty of GST when rumours spread in Kolkata that many eateries were serving carcass meat. People in food business came under stress for two years (2018-19).

I waded through all this and stepping ahead of home-based catering, I opened a restaurant at Hazra (Kolkata) in 2018. A little over an year, and I managed to open another restaurant in Jadavpur in December 2019. And then the pandemic struck, strict lockdown was announced.

The new restaurant was at a rented property. I had to pay the rent, salaries of the staff, while there was no income. That broke my back. I am sure other MSMEs like me suffered a lot too, but Bengal also faced a cyclone (Amphan) during lockdown.

ALSO READ: ‘How I Turned The (Dining) Tables On Covid’

Even when the ‘Unlock’ began in phases, the business did not pick up. I was forced to shut one of the restaurant. I read about Central assistance to small and medium businesses so I went to apply for an MSME loan, only to realise that the process was lengthy and cumbersome, not beneficial for ventures like ours.

Now, with elections upon us, it is payback time. I want a party in power which understands that their decisions taken at the spur of the moment can adversely impact lives of people for years to come. I want a government that can create both a good social and business environment. I want a government that understands people as individuals and not a homogeneous groups with a single story. Clearly, my choice is the incumbent party. I am very happy with the way the Mamata government handled the pandemic.

There were strict checks at regular intervals to see if business units were following all due measures from face masks to hair masks, to regular sanitization of the premises to temperature checks. My entrepreneurship spirit is still alive and kicking and I will definitely steady myself up; all we need is a government that can put a spark into the hospitality sector again.

Former Union Finance Minister P. Chidambaram on Saturday asserted that demonetization and Goods and Services Tax (GST) have had a “sledgehammer” impact on the small and medum businesses as well as slowing down job growth in the country.

In “Samvad”, an interaction with businessmen in Gujarat Chief Minister Vijay Rupanis’ hometown, he said the twin measures had destroyed the economy completely. Questioning the description of demonetisation as “a bold step”, he said it was actually reckless and foolish. “What’s a bold step? A farmer who commits suicide is also a bold step? Do you welcome it? Committing suicide also requires courage. I call it rash, reckless and an adventurous step. Demonetisation has destroyed lives. “For two to three months, millions of people stood in queues to exchange notes. Nearly, 140 people lost their lives. Carpenter, rickshaw pullers, plumbers, who depend on daily cash earnings, went without business for two months. Demonetisation was a foolish step.” The Congress leader said the note ban had failed to achieve its much-touted objectives like ending black money and curbing terror funding, adding India did not have black money but a tax-evading “shadow economy”. “There is nothing like black money but merely income which is taxed and income that is taxable but escapes the tax net. India’s shadow economy is around 12 per cent. There are many European countries whose shadow economy is more than 12 per cent. Even the US has around eight per cent shadow economy. What is shadow economy? It is income that your tax system is not able to capture,” he said. “The answer to shadow economy is to make your tax system more efficient. If you put cruel tax rates, people will avoid it. People will say why should I pay. If you make the tax system friendly, they will pay. “The answer is not demonetisation. It’s like saying there is a mosquito in my house, so I am going to burn down my whole house,” he added On the GST, Chidambaram said it was a good move but hastily implemented, while the requirement to file three returns online every month had forced small and medium businesses to shut down. Attacking the government over lack of employment generation, he said: “There are no jobs today. Jobs will be created only if small and medium businesses grow. To help them grow, small businesses should not be required to register. Medium businesses must be given the right to self-certification.” Ridiculing the government’s claims that the economy was on a strong wicket, he asked why it had announced the Rs 5 lakh crore Bharatmala project and bank recapitalisation all of a sudden. “In your heart, you know things are not good. In the last six quarters, the growth rate has gone down from 9.1 per cent to 5.7 per cent, a drop of 3.4 per cent. “India doesn’t deserve growth rate below 5.7 per cent and it is possible to take it up by taking right steps and not taking wrong steps. But for that to happen, the government must acknowledge that they committed a mistake through demonetisation and GST. The government must hire someone from outside to correct the mistakes. Those in government can’t do it as they are the ones who have committed the mistakes.” On agricultural distress in Gujarat, he claimed that 1,326 farmers committed suicide in the state over the last four years. Taking a dig on the Modi government’s talk about “vikas”, he said, “People talk about growth. But what is the use of rozgar-mukta vikas (jobless development).” Terming the Modi government’s priorities misplaced, Chidambaram said: “They will invest Rs 1 lakh crore on bullet train between Mumbai and Ahmedabad. How many people will travel in it. Around 300 or 400? Can’t we give Rs 1 crore to each school so that new buildings are built, toilets are built, teachers are hired?” “Our priority is education, health, employment. Instead, they could have focused on making the existing rail network better, cleaner and efficient,” he argued. I (IANS) // ]]>