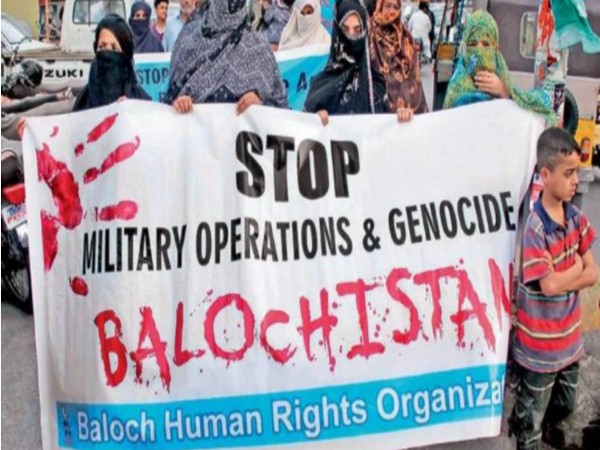 There is a long history of enforced disappearances in Pakistan occupied Balochistan. While thousands of Balochs have been abducted and disappeared since its illegal occupation, hundreds of others have been eliminated in the line of Pakistan’s “kill and dump” policy. Thousands still remain unaccounted for.

Due to the silence and numbness of the civilized world and Human rights organizations and lack of the media or other means in Balochistan, this issue has been suppressed until this day.

Enforced Disappearance has been used as a tool by the Pakistani state to silence the oppressed people of Balochistan since the very first day of its occupation. While countless Abductees have been killed, many of them are still facing inhuman torture in army secrets cells. Humanity is bleeding at the hands of the Pakistani state. Baloch people have taken to the streets. Families of the disappeared people suffer significant harm, they live with continuous uncertainty about the fate or whereabouts of their loved ones, often utterly disrupted by the disappearances.

Some of these missing persons’ relatives have passed away with the pain and suffering in their chests but their loved ones have never returned back to them and they died waiting.

United Nations, International Court of Justice, Human rights organizations may not be able to fathom the plight of the families of missing persons. Baloch mothers, sisters, widows and their children are suffering from severe spiritual mental distress.

Pakistan’s Inhuman atrocities in Balochistan are never exposed as there is a total media Blackout. Voice for Baloch missing persons or VBMP’s peaceful protest camp has been going on for more than 4050 days in Quetta, demanding Justice for Baloch missing persons. Thousands of people visit this camp on a daily basis. But the army state never understands and respects a democratic way of struggle for rights.

Enforced disappearances have been a long stain on Pakistan’s human rights record. Despite the pledges of successive governments to criminalize the practice, there has been a very slow movement on legislation which is equal to nothing, while people continue to be forcibly disappeared with impunity.

Meanwhile, Pakistan is now practising the method of enforced disappearance in abroad on the Baloch Diaspora as well. Recently, a prominent Baloch journalist and activist Sajid Hussain was disappeared from a European country Sweden on March 2, 2020. His body was later found in a river of Uppsala on May 1, 2020. Sajid Hussain was a significant voice of the Baloch in the diaspora. He used to work on Human rights issues happening in Balochistan, dedicated to documenting enforced disappearances by the Pakistani agencies.

According to a report issued by the Reporters Without Borders (RSF), in Sweden, they suspect that the Sajid Hussain might have been abducted by Pakistani ISI.

Previously, another Baloch Social activist Rashid Hussain was arrested and disappeared from Sharjah, by UAE secret agencies on 26 December 2018, Rashid had been living and working in UAE for several years.

Later on, news issued through Pakistani electronic media that Hussain was a suspect in the Chinese consulate attack in Karachi. After six months Rashid Hussain was illegally deported and handed over to Pakistani authorities by UAE.

This news was also published by Pakistani media houses, but since then Rashid has not been given access to any court. On the contrary, Pakistan’s anti-terrorism court has declared Rashid as a fugitive. Now his family is more concerned about his life. Pakistani agencies are trying to harm him in their custody.

According to a report released by the Human Rights Commission of Pakistan, there has been an increase in cases of Baloch women being targeted by security forces. Human rights observers have noted that the absence of explicit legislation criminalizing enforced disappearances in domestic law only aggravates the situation.

Baloch women and even children are being detained by forces in their local army camps, some of them get released after a few days, but before that, they are harassed and tortured. A 23 years old school teacher Zarina Marri was abducted by security forces from the Kohlu area of Balochistan, In December 2005, and her whereabouts are still unknown.

Hundreds of political leaders, activists, Engineers, doctors, lawyers are missing in Balochistan for years. Dr Deen Mohammad Baloch, an official doctor and dispenser at Ornach Khuzdar was abducted on June 28, 2009 and is still missing.

Zakir Majeed, a student leader was abducted on June 8, 2009 and still missing, While Zahid Baloch, Shabir Baloch and many such cases of disappearance are there to be practised and solved.

Baloch nation is facing the worst Human rights abuses by Pakistani forces and agencies in this modern era, where a plethora of human rights organisations exist.

World Human rights organisations and the International courts of justice must implement legislation criminalizing Pakistan over enforced disappearances without delay so that prosecutors have appropriate tools to prosecute those responsibly.

We request the civilised world, international community, international court of justice, the United Nations and other human rights organisations to take this as a matter of urgency, to end unlawful abductions and incommunicado detentions. Enforced disappearances are a tool of intimidation that grossly violates human rights laws. (ANI)