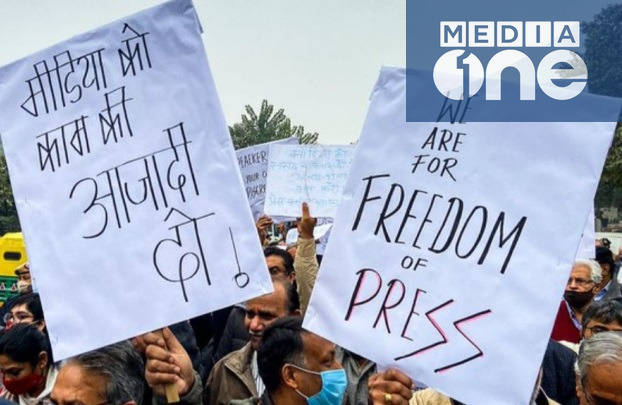 During the peak of the pandemic, Kerala and its chief minister were strikingly different, and they not only showed the way to a pluralist democracy, but also how to conduct the everyday ethics of media freedom. On the dot, at a certain fixed time, be that as it may, Pinarayi Vijayan, looking as fresh as forever, would address a press conference every day without fail, and answer a spate of questions from journalists. Not only were these daily briefings shown live, it was also played live on the social media, so that even journalists like me based in far away Delhi could access it, though language was certainly an issue. But, the intent was there for all to see, something which so terribly and tragically lacks when it comes to the current dispensation which rules Delhi and the prime minister’s office.

Undoubtedly, Kerala is a different kind of state in terms of its history, character, culture and content. Not only does it rank high in universal literacy, it is also a progressive and multi-cultural society, having been influenced since centuries by various cultures and trades across land and sea. Even during the pandemic, it was perhaps the only state which gave clear and categorical data. Hence, it was no coincidence that the number of patients would seem to be rising very high on a daily basis, something starkly absent, for instance, in a state like UP, even while the medical infrastructure in Kerala was perhaps the finest.

Indeed, even as the killer virus inflicted devastating damage in states like UP, Delhi and Gujarat, among other regions, due to the stark lack of oxygen, Kerala was already well-prepared with its own operational oxygen plants. Even till this day, when the pandemic seems to be breathing its last, be it in rural or urban areas, and even in remote forests and in the hills, everyone wears the mask in Kerala – so heightened is the idea of civil society consciousness and moral responsibility.

Indeed, when thousands of migrant workers were out on the streets and highways, helpless, hungry, emaciated and thirsty, Kerala was treating its migrant workers with great respect, providing them food and shelter, and actually calling them ‘guest workers’. So much so, most migrant workers chose to stay back in the state, when the mass exodus of the marginalized became a public spectacle for the world to see.

It is in this context that the ban on Media One struck a jarring note and seemed out of context. Not that this is not a grotesque reminder of similar unhappy trends in bad faith in the rest of the country where only the loyalist, sycophantic and cacophonic media is appreciated, it is also a sign that when it comes to regimes which do not respect democracy and freedom of expression, even a model state like Kerala will not be spared. Look at the case of journalist Siddique Kappan, languishing in prison like a common criminal, still unable to fathom the charges filed against him – even while he was on his way to report the gruesome rape and murder of a Dalit girl in Hathras, her battered and brutalized body hurriedly cremated behind police barricades, while even her heart-broken mother and father not allowed to perform the farewell, funeral rites.

In a recent visit to Kerala, this reporter found the journalist community and the civil society aghast at the ban on Media One, which has established itself as one of the credible and reliable channels in the state. In a context when the independent media, which has refused to sell out, has faced unprecedented difficulties due to the economic distress during the prolonged pandemic and lockdown, this attack on Media One, with all its employees now on a threshold, seemed rather cruel and uncanny. Surely, it reminded all lovers of freedom and democracy about certain pronounced and brazen forms of totalitarian media censorship, as currently practiced in Hong Kong, China, Myanmar, and, now, in Russia.

ALSO READ: Why State of Indian Media Is Pliable

It also brought back the fact that his Malayalam channel had to face a similar but short-term ban in 2020. During the communal riots in Delhi that year, Media One, along with some others, had to stop its transmission for two days in what seemed a blackout. Clearly, it was more than transparent that it had come under the scanner of an intolerant regime in Delhi.

It is not surprising, therefore, that across the world, including in the West, the erosion of democratic values and suffocation of dissent in what is called as the largest democracy in the world, has been sharply noticed. Even US President Joe Biden and Vice President Kamala Harris have expressed their deep faith in Indian democracy, with nuanced messages about the dark shadows of despair hovering around it. The New York Times has recently done big investigations on the Pegasus surveillance controversy, pointing fingers at the current dispensation in Delhi, even as it did an arms deal with the earlier government in Tel Aviv.

The Varieties of Democracy (V-Dem) Institute, based in Sweden, has expressed the fear that, “The world’s largest democracy has turned into an electoral autocracy.” The V-Dem report said:

“Narendra Modi led the BJP to victory in India’s 2014 elections and most of the decline occurred following BJP’s victory and their promotion of a Hindu-nationalist agenda… The Indian government, rarely, if ever, used to exercise censorship as evidenced by its score of 3.5 out of 4 before Modi became prime minister. By 2020, this score is close to 1.5, meaning that censorship efforts are becoming routine and no longer even restricted to sensitive (to the government) issues… The Modi-led government in India has used laws on sedition, defamation, and counterterrorism to silence critics. For example, over 7,000 people have been charged with sedition after the BJP assumed power and most of the accused are critics of the ruling party.”

The America-based Freedom House report has stated: The national government and some state governments used assembly bans, internet blackouts, and live ammunition between December 2019 and March 2020 to quell widespread protests against the CAA and proposals to roll out a citizens’ registration process across the country.”

The Indian government’s response was predictable. The Freedom House report is “misleading, incorrect and misplaced” – was its response. It is in this context that the removal of the ban on Media One by the apex court comes as a moment of hope in bleak times. “What you have merely said in the high court is that the Ministry of Home Affairs has denied security clearance based on intelligence inputs which are sensitive and secretive in nature… Now, their business is shut down. Surely, they are entitled to the particulars. Otherwise, how do they defend themselves? Disclose your files to them… What is the difficulty in disclosing files? It is after all a licence to run a TV channel… Disclose the files,” Justice Chandrachud told Additional Solicitor Generals SV Raju and KM Nataraj, for the government.

Earlier, senior advocate Dushyant Dave said that “heavens are not going to fall” if the channel is allowed to broadcast its daily news bulletins. “I am not going to bring the government down… How can a democratically elected government stand before a court and plead ‘national security’. Over 385 journalists are without a job. I have to pay monthly wages to the tune of ₹83 lakh and there are millions of my viewers…” he said, on behalf of Media One.

Hopefully, the end of the ban, therefore, marks a new beginning in the annals of media freedom in India. Or, is it, a signal, of more nightmares lurking in the next lane?