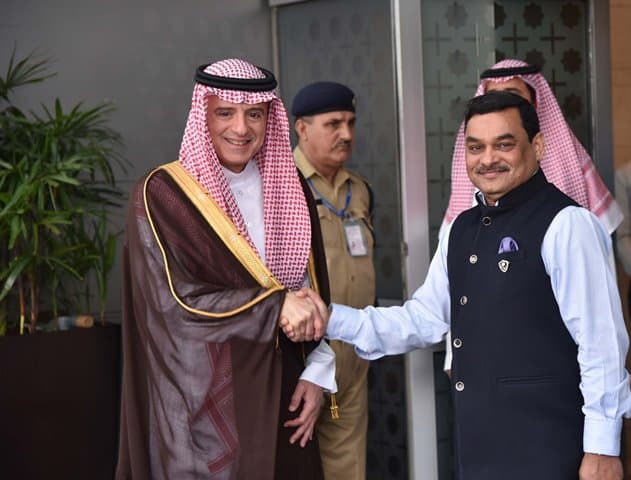 There has been heightened diplomatic activity between Saudi Arabia and India in recent weeks. Saudi Arabia’s state minister for Foreign Affairs Adel Al Jubeir was on a short visit to New Delhi, his second in less than a month. He was in the capital for just over four and a half hours during which he met Prime Minister Narendra Modi and held talks with external affairs minister Sushma Swaraj.

Officially, India described Jubeir’s visit as a follow-up meeting to the Crown Prince Mohammed Bin Salman’s trip to New Delhi in February, after the Pulwama terror attack. That trip of Salman to India and Pakistan was overshadowed by the rising tension which nearly aerial strikes and dogfight in the air between the two nuclear armed neighbours. Incidentally, during the OIC meet in the UAE, where Sushma Swaraj was a special invitee, Jubeir had a meeting with her; his third with the Indian foreign minister. Saudi Arabia’s energy minister was also in India over the weekend. Significantly, Jubeir was in Pakistan the week before his India’s visit.

These visits from Saudi officials within a short span of time are unprecedented and given rise to speculation about the Gulf nation is working at a peace deal between India and Pakistan. However, with Indian elections due to begin in April, that move will have to wait. While it is certain that India will never agree to a third party involvement, Saudi Arabia has enormous influence in Pakistan and can play a pivotal role in restraining the Pakistan Army from protecting and supporting anti-India terror outfits.

With Pakistan’s economy in dire need for funds, the Saudis have stepped in with emergency funding of $6 billion soon after Imran Khan took over as Prime Minister. Additionally, projects worth $20 billion were announced during the Crown Prince’s visit to Pakistan. All this gives the Saud kingdom an added leverage to influence the Pakistan Army, which dictates the India policy.

The Asian tour by the Crown Prince was seen as an exercise to salvage his profile, battered by allegations that he was responsible for the death of Washington Post columnist Jamal Khashoggi. MBS was once the toast of the western world for his attempts to transform Saudi Arabia into a moderate, modern Islamic kingdom.

The murder of Khashoggi has dented his image. MBS has been shunned by Western powers and his visit to Asia where nobody would question his role in Khashoggi episode would have been a relief. To his advantage, President Donald Trump regards Saudi Arabia as an important allay and MBS as a key element in his desire to bring Iran to heel. The Crown Prince is also close to Trump’s Presidential aide and son-in-law Jared Kushner.

Saudi Arabia is said to have played an important, behind-the-scenes role in lowering tension between the two nuclear armed neighbours. US National Security Adviser John Bolton and Secretary of State Mike Pompeo were also involved in the exercise and did much of the heavy lifting, though both were in Vietnam for President Donald Trump’s second summit with North Korea’s Kim Jong Un. The Saudis worked from the forefront in tune with the US for reducing tension in the subcontinent.

Riyadh is walking a tight rope between India and Pakistan in the current crisis, trying to balance its traditional close friendship with Pakistan, with growing ties with India. During the Crown Prince’s visit to Pakistan, the joint statement issued at the end mentioned that nations should avoid “politicization of the UN listing regime”, in an obvious reference to New Delhi’s attempts at declaring the Jaish-e-Mohammed chief Masood Azhar a global terrorist. India is learnt to have conveyed to Saudis that Pakistan should take “irreversible, verifiable and credible steps against all terrorists without any discrimination” sought their pressure for dismantling Pakistan’s terror infrastructure.

India’s ties to Saudi Arabia and the Gulf countries have been in place since the time when dhows from the region had thriving trade with the coastal India. The spice trade flourished and Indian traders too sailed to the Gulf region. In modern times, India and Saudi Arabia were on the opposite side of the Cold War divide. Though India had diplomatic ties with Saudi Arabia soon after independence, the relationship was at best transactional.

The oil boom led to thousands of Indians working in the region and sending back much needed foreign exchange, but the political ties remained weak. In any conflict with Pakistan, the Saudis chose to back Pakistan, which sent detachments from Pakistan Army as guards for the Royal family. However, 9/11 as well as the Arab spring changed Saudi attitude. Eleven of the 9/11 terrorists were from the kingdom, besides the key plotter Osama Bin Laden, the leader of Al Qaeda. A nervous Saudi monarchy cracked down on terrorists. Jaswant Singh as foreign minister made a landmark visit to the Kingdom in October 2000. That was an ice breaker.

The Royal visit of 2006 brought about a sea change in ties. King Abdullah became the first Saudi monarch in 51 years to visit India. Prime Minister Manmohan Singh went personally to receive the king at the airport. Since then, things have continuously brightened up. Narendra Modi visited Saudi Arabia in April 2016 and gave a further push to the relationship. India believes that ties with Saudi Arabia have developed beyond the traditional buyer and seller of oil to an all-embracing, comprehensive, strategic partnership. A strategic partnership council will be convened soon for efficient co ordination between the two countries.

Saudi Arabia has helped India get back terror suspects who often took refuge in the kingdom. In 2012, Riyadh sent back Zabiuddin Ansari alias Abu Jundal, who had taken a Pakistani passport to hide in Saudi Arabia. He is suspected to be involved in the 2008 Mumbai terror attack. Again, in December 2016, Abdul Salam involved in printing fake Indian currency notes, was deported from the Kingdom and handed over to Indian authorities. This was unthinkable before 9/11. Today, worried about the future of the monarchy, the kingdom is going all out to fight terror.

Both countries hope to expand ties to a solid economic one. The Crown Prince has assured investments up $100 billion in India. Riyadh is also committed to help building India’s strategic oil reserves and has spoken of investing in India’s infrastructure sector. Also, there has been buzz about investing in agriculture, getting farmers to grow for export exclusively to Saudi Arabia. Discussions are on.

The positive outcome in relations between India and Saudi Arabia is the growing strategic and economic co operation. However it would be foolish to assume that Saudi Arabia will not give more weightage to Pakistan. Riyadh and Islamabad have a thriving relationship. Former Pakistan army chief Raheel Sharif is the head of a Sunni military alliance, involved in Yemen. Every major Pakistani political party have close ties to Saudi Arabia’s ruling family. It is therefore left for Indian diplomats how they can turn the current India-Pakistan tension, which has led to increased Saudi interest in the region, to its advantage. How they leverage strategic and economic benefits out of Saudi Kingdom’s peace efforts will decide India’s interests and stature in Asia, as well as on the world map. 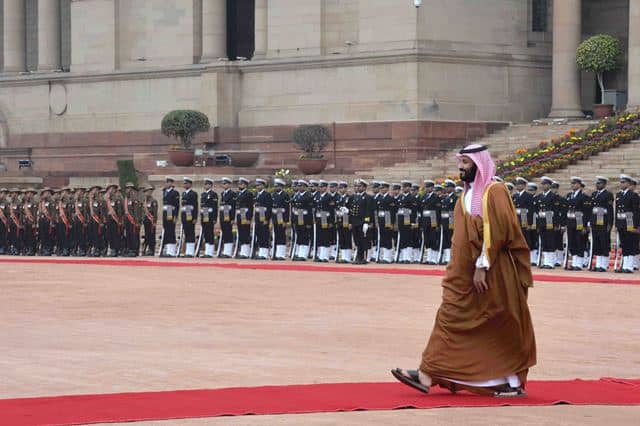