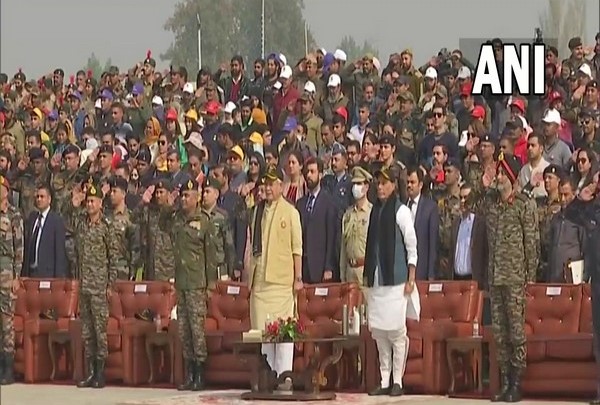 On the 76th Infantry Day, Defence Minister Rajnath Singh on Thursday attended the ‘Shaurya Diwas’ programme organized by the Indian Army in Budgam.

Jammu and Kashmir Lieutenant Governor Manoj Sinha was also present at the programme. Singh also visited an exhibition by the Indian Army on the occasion.

Infantry Day is observed as a remembrance of the first military event of independent India, when the Indian Army repelled the first attack on Indian soil on October 27, 1947, in the Kashmir valley.

The victory was accomplished by the personnel of the First Battalion of the Sikh Regiment.

On the 76th Infantry Day, the Defence Minister also extended greetings and warm wishes to the courageous infantry personnel and their families.

“On the 76th Infantry Day, greetings and warm wishes to our courageous infantry personnel and their families. Indian infantry has been associated with utmost courage and professionalism. The nation salutes their bravery, sacrifice and service,” tweeted Singh.

Rajnath Singh has been the second top Union minister to visit Jammu and Kashmir this month.

Earlier, Union Home minister Amit Shah was on a three-day visit to the Union Territory from October 4.

Later in the day, the Defence Minister will reach Leh on a two-day visit to the Union Territory of Ladakh.

The Indian Army celebrates October 27 every year as the ‘Infantry Day’, as it was on this day that the 1st Battalion of the Sikh Regiment landed at Srinagar airbase and displayed resoluteness and extraordinary courage to thwart the evil designs of the Pakistan Army, who had invaded Kashmir with the help of tribal raiders in 1947.

That is why every year on October 27, the Indian Army celebrates it as ‘Infantry Day.

This year both the Indian Army and the Air Force are going to celebrate this special day as “Shaurya Diwas” because Thursday is also the golden jubilee celebration of the Indian Air Force’s Kashmir Air Base. (ANI) 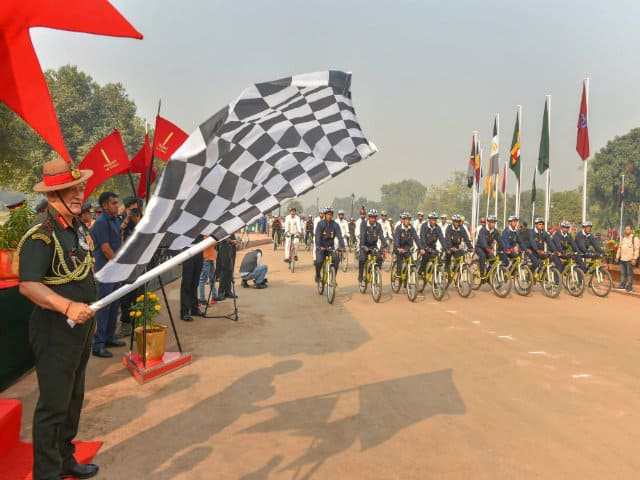