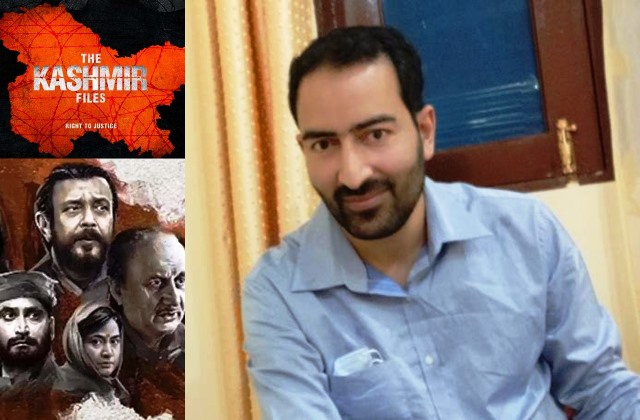 The Kashmir Files has been released at a time when Kashmir remains besieged, post August 5, 2019, following the unilateral abrogation of Article 370 by the ruling BJP government in New Delhi and further downgrading of the former state into a Union Territory. This has been followed by a six-month long lockdown and communications shutdown and world’s longest internet shutdown, which, suddenly, disconnected people from each other and the outside world for months.

Since then the Indian State, under the current regime, has tightened its grip and sought to curb all forms of independent media, civil society engagements, and political voices across the spectrum, including the local media. This has virtually compelled them to either remain silent or toe the line of the ruling dispensation.

Draconian laws like the PSA and UAPA continue to be slapped against civil society activists and journalists and anyone who dares to raise his or her voice against the many injustices normalized in the Valley are hounded, punished and put into prison.

Predictably, the film is a brazen attempt to selectively exploit the tragedies of one community – the Kashmiri Pandits of Jammu and Kashmir. This community is shown as the only victim in the state, and the other community, the Kashmiri Muslims, is further demonized and projected as the perpetrators.

ALSO READ: ‘Kashmir Files Is A Farrago Of Disinformation’

The fact is that the film was openly promoted by the ruling party and even Prime Minister Narendra Modi, and, other BJP ministers and rightwing groups.  This was a clear message to the people of India to watch the film and thereby proves the political intent behind the making of this kind of biased cinema.

The Kashmir Files is a political project to further demonize Kashmiri Muslims and Indian Muslims at a time when they are already politically dispossessed and repressed by the State. Certainly, they are being attacked ritualistically, and are being treated as second class citizens. The assault on Muslims and their religious places during the auspicious occasion of Ram Navami, especially in certain BJP-ruled states, is a transparent pointer.

Contrary to the relentless hate politics and anti-Kashmiri propaganda by certain sections of Kashmiri Pandits in public forums and media, the besieged people in Kashmir, across all communities, Hindus and Muslims, are not consumed by so-called ‘anti-KP’ hatred. They are largely sympathetic to their condition and desire their return home without their pain being politically exploited and used by the rightwing political forces.

While growing up in Kashmir, I have never heard a single Kashmiri Muslim not fervently wanting the return of Kashmiri Pandits to their homes — however, not in separate, isolated and ghettos protected by security forces. This would only sharpen the divides and disconnects among both the communities and block all forms of meaningful individual and collective engagements. Over the years, the return of the KPs has been politicized and exploited by parties like the BJP to further their political agendas, instead of making genuine efforts for their welfare and rehabilitation.

The film has intentionally fictionalized and exploited old, simmering wounds of the Pandits. The rightwing groups and parties have tried to further stoke anti-Muslim sentiments by invoking this film in their hate speeches to demonize and marginalize the Muslim community at large in India. Not surprisingly, the film has allegedly done good business at the box office, creating an easy template to replicate in future and a dangerous business and cinematic model of monetizing and marketing hate.