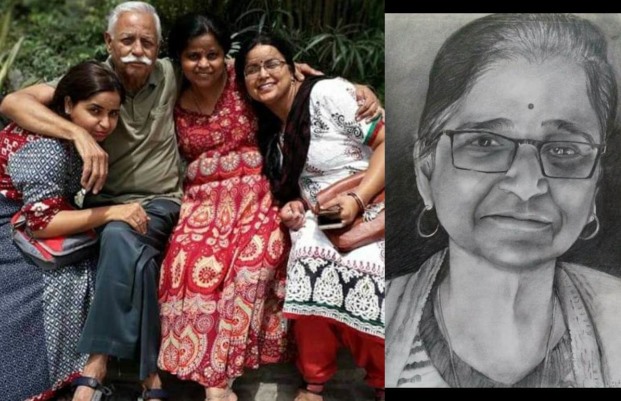 When Ajmer-based Deepika Sharma lost her mother to a heart attack in 2016, she along with her younger sisters Jyotsana and Purnima performed her last rites, a role traditionally reserved for male members. Sharma empathises with actress Mandira Bedi who was recently trolled for performing the last rites of her husband

I felt both surprised and sad to see that even today amid so much awareness about gender equality, a celebrity like Mandira Bedi was trolled for performing the last rites of her late husband Raj Kaushal and her choice of clothes during cremation. Do these troll have any idea what it means to have lost a loved one.

In December 2016, I lost my mother to an unexpected heart attack. We are three sisters and when the time came to bid a final goodbye to my mother, not once did my father or any of us sisters think that we needed a male member or relative to perform the last rites.

I am proud to say that our extended family also stood by us, supported us and shared our grief during the emotional turmoil we were going through at that time. We know that traditionally women are not approved of lighting the funeral pyre of the deceased in families; in some cases they are not even allowed to enter the cremation spot. My question is: why?

Why should women be not allowed to participate in the last rites of a family member? Who has prescribed that these ritual are the responsibility of only male members? Why can’t women perform the funeral rites and light the pyre when it is them who are the caretakers of the family, often sacrificing their career and ambitions? Women have achieved parity with men in all the fields. Why should performing last rites be any exception then?

Come to think of it, are we doing the right thing by not letting a daughter or wife witness the last rites of her lost family members? Is it fair that a male member or a distant relative is roped in to light the pyre instead of the deceased’s own daughter or wife?

When we decided to take that step, we didn’t see it as breaking the stereotype. For us, this was the only fair thing to do: that is how our beloved mother’s last journey had to be. Our mother shared with us how she had been subjected to taunts for not begetting a male child. But she never made us feel any less and made sure that each one of us became able and independent.

We owe it to our mother. She was a woman of strong grit and determination. During her time, when working women were a rarity, my mother fought against all odds to take up a job. I must mention here that my father was a big pillar of strength in the family. If one’s partner stands by your side, there is nothing one cannot achieve. She could never be bogged down for not bearing a male heir because of my father’s love and support.

I am glad to see that the times are changing, slowly but certainly. There have been many cases that we get to read about and see around us where women too lit the funeral pyre of their parents and performed funeral rites breaking the stereotype.

I do not find anything wrong in following and believing traditions that are being passed on to us from our ancestors but when it comes to this particular one, I strongly feel  every woman be it a daughter or a wife deserves to be present during the funeral of her parents/ husband if she wishes to.