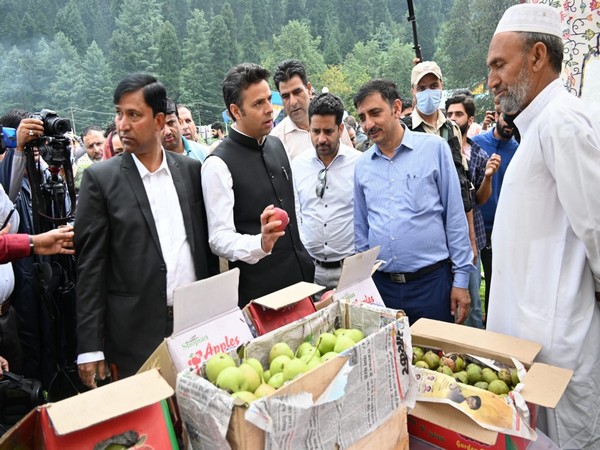 Earlier residents of areas near the Line of Control on the international border wanted bunkers to save themselves from shelling, but now with peace prevailing, they seek good roads and mobile connectivity to welcome tourists.

This successful diplomacy has its dividends for LoC residents in places like Keran, Teetwal, Uri and Gurez. Two years before the residents of these LoC areas demanded underground concrete bunkers to save themselves from daily shelling and firing between India and Pakistan armies.

For 50-year-old Mufeez Khan of Keran at the Line of Control, his only demand for years to the Jammu and Kashmir government was a concrete bunker near his house to save his family from shelling and firing during ceasefire violations by the Pakistan army.

“I am constructing a new house to make it a hotel as tourists have been flocking our area for last one year. Tourism will boost our economy and we can earn a livelihood,” said Khan who lives in Keran where all houses are perched on a hill station overlooking the gushing water of the Kishenganga river.

Khan and his relatives in this picturesque area of Keran have now converted their houses into homestays for tourists.

Abound with picturesque beauty these hilly stations area at LoC like Keran, Teetwal, Uri and Gurez offer visitors with camping, trekking, adventure, and rafting far from the maddening crowd of Pahalgam and Gulmarg.

“Tourists across the country are visiting here to see the beauty of Keran and other areas. We are reaping the dividends of the ceasefire. Even women in our homes now earn at home by cooking food for tourists,” said Khan.

On tourists thronging Kashmir, Jammu and Kashmir LG Manoj Sinha said” this is the golden period for Jammu and Kashmir in which all the records of the last 15-20 years have been broken. More than 80 lakh tourists arrived here in the last months. This has brought prosperity and is helping people establish peace.”

The residents are now demanding good roads and mobile networks in their regions to welcome tourists.

“Civil administration has neglected these areas and not building roads or setting up a mobile network here. The administration must gear up for development now,” Tariq Abrar, a young man in the Madian village of Keran said.

From camping to holding marriage functions, these LoC villages can have an economic turnaround where livelihood opportunities are scant.

Officials in Jammu and Kashmir tourism department said the peaceful LoC has borne the idea of border tourism which is turning into a boon for the local residents.

“Tourists are thronging the LoC and border destinations which gives visitors a different life experience than in Pahalgam or Gulmarg,” an official of the tourism department said. At Zero Line in the Keran sector of Kupwara district in north Kashmir, locals have erected tents on the banks of Kishenganga river for visitors.

“I was sitting idle at home for years and sliding into depression in absence of livelihood. For the last one year, I have opened a campsite by erecting tents for visitors. My livelihood concern is over now, thanks to a ceasefire” Fakhruddin Wani, who has opened a campsite in Keran on the banks of Kishenganga river.

An army official posted in Keran said that locals and non-local tourists have been visiting the area as it offers a refreshing tour for anyone.

In the Uri sector, it has now become possible for LoC residents to hold marriage functions that one could not even think of before the ceasefire.

In Silikote village of Uri sector which is just inside the LoC fence, a 32-year-old Mudasir Ahmad Khawaja become the first groom to be offered welcome by locals and the Indian Army.

“My marriage is possible because of the ceasefire agreement between India and Pakistan. We are living peacefully and hope our children also reap its dividends,” Khawaja said.

Naveed Bukhtiyar, a young social activist and lawyer from Uri, said many residents who had fled to Uri town in fear of shelling and firing are now returning homes after year. “It is a peaceful life for all of us. Marriages, festivals and celebrations are now a reality on LoC thanks to the ceasefire,” he said.

The promotion of tourism on the LoC and convert it into a peace zone has been bolstered by the efforts of the Jammu and Kashmir Lieutenant Governor administrations. From holding musical, and cultural festivals to sports activities in these LoC areas, the tourism department is making full efforts to attract visitors to these destinations. For these events, Teetwal, Suchetgarh, Turtuk in Ladakh, Keran, Uri and Gurez are registering increased footfall of tourists.

Secretary Tourism Sarmad Hafeez with the opening of LoC and border tourism, Jammu & Kashmir is now an all-season destination, resulting in record footfall of tourists this year. (ANI) 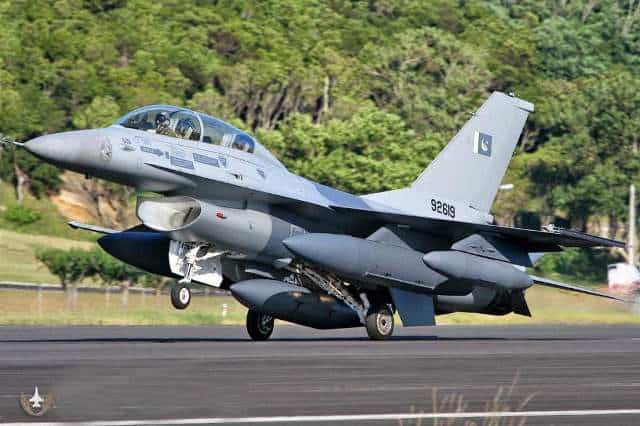 Two Pakistani fighters were detected on Tuesday night going supersonic 10 kms from the Line of Control (LoC) within the territory of Pakistan-occupied Kashmir in Poonch sector, following which India has put its air defence systems on high alert, government sources said on Wednesday.

Loud bangs were heard in the area due to the sonic booms, they said.

In the wake of the development, all Indian air defences and radar systems are on high alert, the sources said.

On February 27, Pakistani fighters had transgressed into the Indian air space in Jammu and Kashmir and tried to target Indian military positions before they were chased away.

In the dogfight, one F-16 fighter of Pakistan Air Force was shot down by the Indian Air Force, which also lost a MiG-21 Bison plane.

Subsequently, there have been a number of instances of Pakistani drones trying to engage in reconnaissance in India. 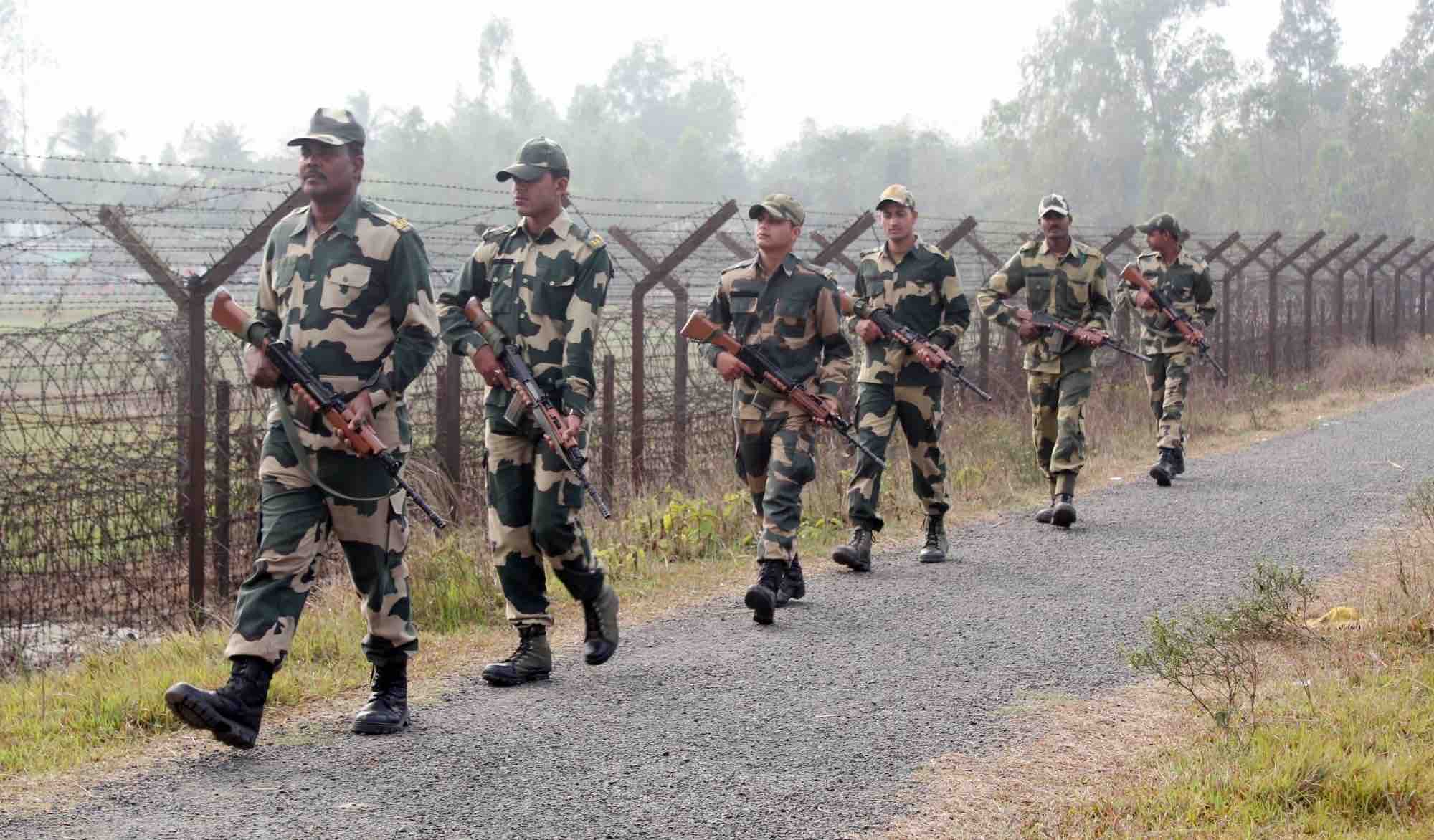 The overall situation along the Line of Control (LoC) remains “relatively calm” after the warning issued to Pakistan Army not to target civilian areas, the Indian Army said on Wednesday.

“Post our warning to the Pakistan Army ‘NOT to target civilian areas,’ the overall situation along the Line of Control remains relatively calm. In the last 24 hours, the Pakistan Army resorted to intense and unprovoked firing with heavy caliber weapons in selected areas of Krishna Ghati and Sunderbani, targeting Indian posts and civilian areas with Mortar bombs and heavy Arty Guns. The same was effectively retaliated by the Indian Army. There have been no casualties on the Indian side,” read a statement.The Indian Army is “committed to avoid civil casualties, especially along the Line of Control,”the statement added.

“All actions taken by our defence forces are targeted towards counter-terrorism and terrorist infrastructure, away from civilian areas, to avoid civilian casualties. We are maintaining strict vigil along the Line of Control and IB. Any further provocation or misadventure by Pakistan will be responded in a befitting manner with dire consequences,” the Army further said.

“Would reiterate that as a professional Army we are committed to avoid civil casualties, especially along LoC. All actions taken by our defence forces are targeted towards counter terrorism and terrorist infrastructure,away from civilian areas,to avoid civilian casualties.”

Cross-border firing intensified after India, less than two weeks after the Pulwama terror attack, carried out air strikes in Pakistan targetting terror launch pads in Balakot. A day after the aerial strikes, Pakistani jets violated Indian airspace in Rajouri sector of Jammu and Kashmir on february 27 and dropped bombs on their way out.

The February 27 dog fight between Indian Air Force pilots and Pakistanis resulted in the shooting down of an F-16 by Indian MiG-21 pilot Wing Commander Abhinandan Varthaman, who was the only pilot who fired at Pakistani aircraft from the Indian side in the engagement, sources said.

The entire operation took place over the skies of Rajouri district of Jammu and Kashmir after the Pakistanis made a failed attempt to target Indian military targets in Nowshera sector. (ANI)