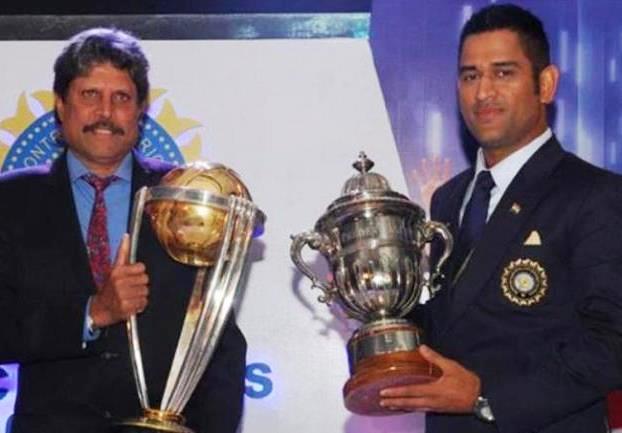 Almost ten days after bidding goodbye to international cricket, Mahendra Singh Dhoni remains in the news. His involvement with the pyjama cricket’s latest edition — the Indian Premier League — brings excitement in the air.

Dhoni still makes news. Images of the genius keep flashing. From take-off in India to touchdown last Sunday in Dubai, where IPL will be hosted, Dhoni is all over. You find him smiling at airport immigration, you see him taking a quick swab test for COVID-19. The 39-year-old man from Ranchi continues to be a rage even though Indian cricket’s hottest property is supposed to be India captain Virat Kohli.

Dhoni belongs to a generation where cricket is not just about playing daring shots and hitting powerful boundaries and huge sixes. Dhoni is also the marathon man who played 90 Tests, 350 ODIs, 98 T20 internationals and is still hungry after playing 190 matches in the taxing IPL. His boyish green, despite the grey hair are still infectious, and the glovework behind the stumps still cunning.

To use statistics to understand how Dhoni dominated the world of cricket would be foolish. His magnetic attraction is there for all to see as even during the IPL, people will be glued to TV screen for his heroics as the Chennai Super Kings captain. Indian cricket has had many inspirational captains before, but Dhoni has risen even above a certain legend known as Kapil Dev Nikhanj.

To compare the two captains of two different eras is not the most appropriate thing to do. Yet, there is so much to learn from these inspirational icons who have been outstanding role models for millions of people in our cricket crazy nation, and across the world.

Both came from humble backgrounds, and smaller towns. Even though Kapil Dev is identified closely with Chandigarh, and Dhoni hails from Ranchi, the two are loved across every city in the world. Greatness in sports is difficult to be defined and can never be quantified’ it can only be portrayed just as a painter uses his brush on a canvas to reflect beauty.

Kapil was the rustic Jat who brought swagger and pace into Indian cricket. Taking over the reins from legend Sunil Gavaskar, Kapil Dev was the first fearsome fast bowler in Indian cricket after spin had been the flavour for decades. Kapil’s pace and seam movement while bowling, his own body motion on the cricket ground had gazelle-like grace. As a fielder, he was world class and a destroyer to the core with his batting, which was bold and beautiful.

When Kapil led a bunch of energetic players in the 1983 World Cup in England, few had imagined he would be holding the trophy at the Lord’s balcony after India defeated West Indies in the final. It was a defining moment in Indian sport, where a virtually unknown team, had conquered what was a long cherished dream.

Kapil was the inspiration which Indian cricket needed. His hunger and work ethic had to be seen to be believed. He bowled with pace, scored runs with flourish and was never ever found sloppy while fielding. He led from the front even though he never had a great bowling support from the other end.

Dhoni has been fortunate to have great bowling resources at his disposal. The rise of Dhoni to stardom was at the ICC T20 World Cup in South Africa in 2007. At that time, not many seniors wanted to go to the World T20. The gauntlet was thrown to Dhoni and he led it with the swagger of an inveterate gambler playing stakes in a Las Vegas casino.

People praise Dhoni even today for how he tossed the ball to Joginder Sharma for the last over against Pakistan in the final. That final over brought instant glory for both the captain and Joginder. The rest is part of folklore. Dhoni’s side won the title and India, the underdogs in T20 format, showed they were no minnows.

It was only a matter of time before Dhoni started asserting his influence on Indian cricket, even further, brick by brick. He took over in all forms of cricket, Test, T20 and ODI plus the huge workload in IPL later. As a man who was his own master, Dhoni believed firmly in one thing, no place for super stars. Players were picked on merit. This quality of his as captain was outstanding as he had no hesitation in dropping Rahul Dravid and Sourav Ganguly as he felt their fielding was not upto the mark.

Any portrayal of Dhoni’s career minus a mention of coach Gary Kirsten would be incomplete. Their bonding and rapport was perfect. The captain and coach started plotting the big campaign for the ICC World Cup (ODI) which was held in India in 2011. The pressure was huge as the media and public built up the hype, invoking how Kapil’s Devils won the 1983 World Cup.

Dhoni, cool as a cucumber and blessed with nerves of a neuro surgeon wielding the scalpel, began the execution process. Beating Pakistan in the Mohali match was the icing on the cake before destroying Sri Lanka in the final in Mumbai on a steamy April night where Dhoni slammed the winning six to lift the title.

The journey was complete, in many ways, for Dhoni. Yet, the fire and hunger within, just like Kapil Dev, never abated. Dhoni led like a king and even though his record in Tests may not have been that enviable as Kapil Dev, he continued. He never took note of criticism and his relationship with the media was like that of a mature politician.

And, when the time came for Dhoni to hand over captaincy slowly to Virat Kohli in 2015, he did not get emotional about it. He may have not been the same great finisher as one wanted in the World Cup in 2019 in England, but did not warrant the criticism from many senior players. He never played an international match after that, which was his own decision.

In comparison, Kapil Dev’s last few ODIs (1994) were a bit of a drag as his knees could no longer take the load. Post-retirement, Kapil became a great entrepreneur and settled down with wife Romi.

Another post where Dhoni pipped Kapil, in lighter vein, is biopic. A movie on Kapil Dev, with Ranveer Singh playing the lead role, has been shot, though in times of COVID-19 one is not sure when it will be released. Dhoni has already savoured that special feeling. The biopic MS Dhoni: The Untold Story, featuring late Sushant Singh Rajput was released four years ago. It generated $16 million and was released in 61 countries and four languages.

Sushant Rajput has left, leaving many teary eyed, but if you want to see fiction on screen about the most humble Indian cricket captain, watch the movie before you see Dhoni in IPL action soon and marvel at the journey. 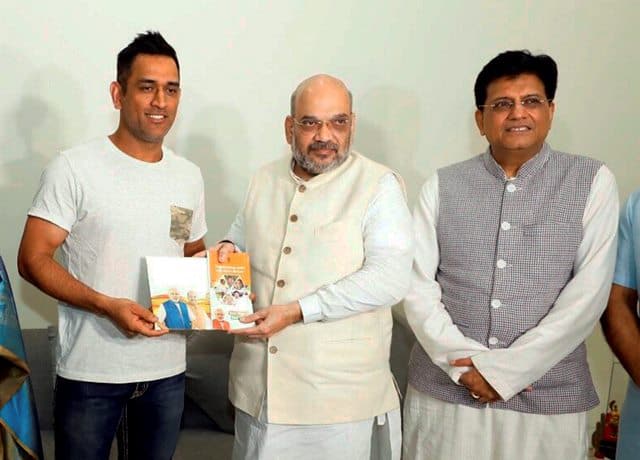