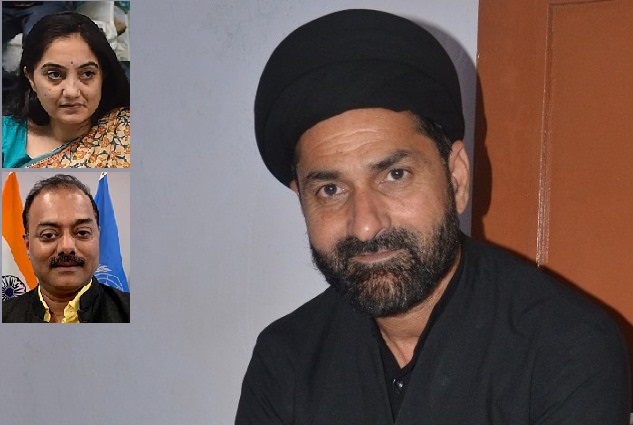 Maulana Qamar Sultan, a 52-year-old Shia cleric from Ghaziabad (UP), says the Quran did not call for violence when Prophet was called names in Mecca

Let me start with a famous story from the life of Prophet Muhammad. The story goes that an old woman in Mecca would throw garbage on the doorstep of the Prophet in defiance of his message, and one day she fell sick and could not throw the garbage. The Prophet visited her to know her wellbeing. She was so awe-struck by his character that she accepted his Prophet-hood and embraced Islam.

The moral of the story is: you do not reciprocate hateful gestures with hate. If you want a different outcome, hate should be dealt with differently.

On the contrary, when the Prophet was called names by the people of Mecca, the Quran replied with words, not with any call for violence or retribution.

When the Prophet was called ignorant, the Quran stated, “He sent among them a Messenger from themselves, reciting to them His verses and purifying them and teaching them the Book and wisdom.” ~ (3:164)

When he was called mad, the Quran said: “By the grace of your Lord, you ˹O Prophet˺ are not insane.” ~ (68:2). There are various such replies all over the Quran rebutting the insults thrown at the Prophet, but there’s not a single verse that says that Muslims should wage war against the people of Mecca for insulting him.

It is evident from history that all great personalities faced love and hate from the people they served. We have the example of Mahatma Gandhi, a personality who is revered across the world but he became the victim of hate. The opinion about Gandhi is still divided as there’s one group of people in this country who have little respect for him and heaps insults on him while worshipping his killer.

Those who insult the Prophet have hidden agendas. They want Muslims to retaliate. It is high time Muslims understood this and avoid falling into their trap. We should be cautious and not protest violently but should take a different way of protest. I strongly condemn all the killings and violence committed in the name of the Prophet.

However, I would also like to present the counterargument to the whole case through some pertinent questions. Why do we expect only Muslims to be subservient and not protest over insulting remarks made on their Prophet? Why aren’t we acknowledging the restraints shown by those crores of Muslims who didn’t vent their anger publicly but protested silently? Why are Muslims being lynched openly? The questions go on…

I realize the blame game will not solve the problem, but we have to be objective in our approach. This country belongs to everyone. Our Constitution is clear about unifying the people. It has gone to the level of respecting the sentiments of people, belonging to different castes, creeds, tribes, and religions.

We should follow the Constitution in its letter and spirit. We should stop making offensive comments about others and we should also stop reacting if such comments are made. If we want a peaceful nation everyone must show restraint.