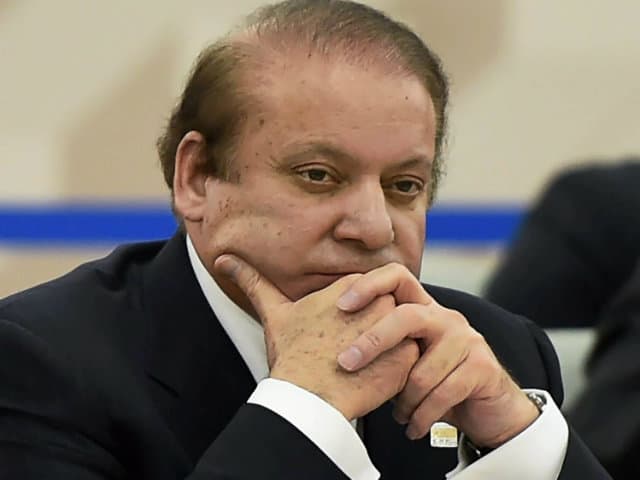 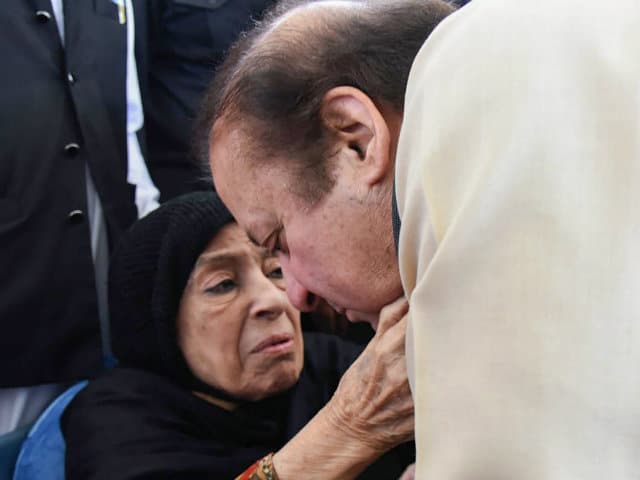 The Poet At Pokharan In this May 20, 1998, file photo, former prime minister Atal Bihari Vajpayee visits the nuclear test site in Pokhran. Vajpayee, 93, passed away on Thursday, Aug 16, 2018, at the All India Institute of Medical Sciences, New Delhi after a prolonged illness.

‘You Can Change Friends, Not Neighbours’

In this Sept 23, 1998, photo Vajpayee is seen with the then Pakistani Prime Minister Nawaz Sharif at a meeting in New York, USA. Vajpayee remained a proponent of resolving issues with neighbours through dialogue.[/caption] 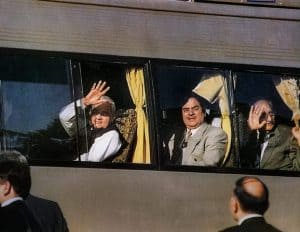 In this Feb 19, 1999, file photo former prime minister Atal Bihari Vajpayee waves from the maiden Delhi-Lahore bus service on his arrival at Lahore to attend a Summit in Pakistan. The Kargil misadventure by Pakistan Army followed soon thereafter.[/caption]

Raj Dharma: With Advani And Modi 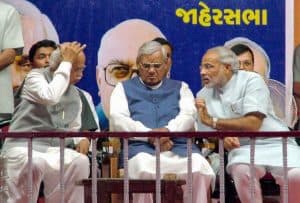 In this file photo Vajpayee is seen with senior BJP leader LK Advani and the then Gujarat chief minister Narendra Modi at a public meeting in Ahmedabad. After Godhra riots, the poet prime minister publicly reminded the chief minister of Raj Dharma to be followed by a ruler.[/caption] 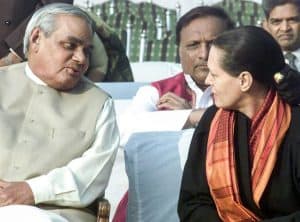 In this Dec 6, 2002 photo Vajpayee is seen with the then Congress President Sonia Gandhi at a function at Parliament House in New Delhi.[/caption]

A Light Moment With ‘Young Turk’ 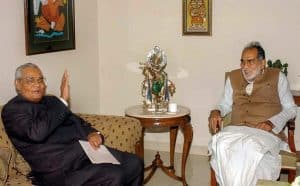 In this Dec 24, 2004, photo Vajpayee is seen with former PM Chandrashekhar in New Delhi.[/caption]

Passing On The Wisdom 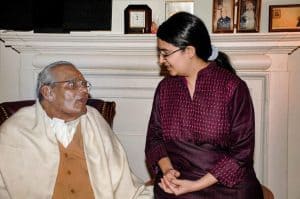 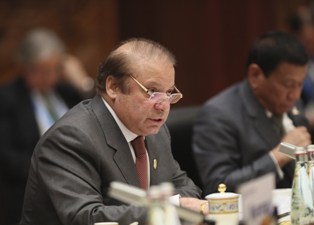 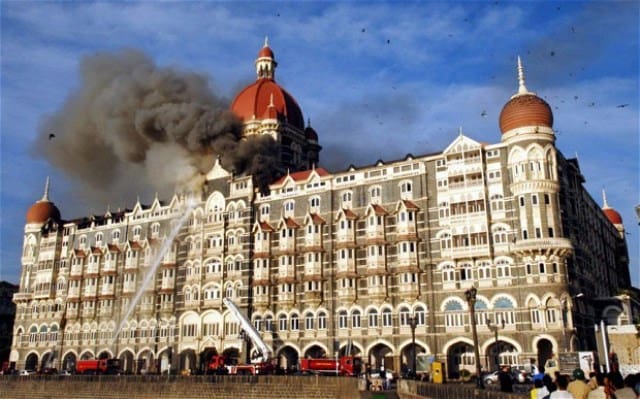 By M Zulqernain For the first time, Pakistan’s ousted prime minister Nawaz Sharif has publicly acknowledged that militant organisations are active in the country and questioned the policy to allow the “non-state actors” to cross the border and “kill” people in Mumbai, a media report said. Sharif, who has been disqualified to hold public office for life by the Supreme Court in the Panama Papers case, said Pakistan has isolated itself. “We have isolated ourselves. Despite giving sacrifices, our narrative is not being accepted. Afghanistan’s narrative is being accepted, but ours is not. We must look into it, Sharif told Dawn. Without naming Mumbai attack mastermind Hafiz Saeed and Maulana Masood Azhar’s militant organisations — Jamaat-ud-Dawah and Jaish-e-Mohammad, — operating in the country with impunity, Sharif said: Militant organisations are active in Pakistan. “Call them non-state actors, should we allow them to cross the border and kill over 150 people in Mumbai? Explain it to me. Why can’t we complete the trial.” The Mumbai attacks-related trials are stalled in a Rawalpindi anti-terrorism court. He further said: It’s absolutely unacceptable (to allow non-state actors to cross the border and commit terrorism there). President (Vladimir) Putin has said it. President Xi (Jinping) has said it.” US President Donald Trump had accused Pakistan of giving nothing to the US but “lies and deceit” and providing “safe haven” to terrorists. Sharif, 68, was disqualified by the Supreme Court for not being “honest and righteous” as he failed to declare in 2013 a salary he got from the company of his son in the UAE. In February, the apex court also disqualified Sharif as the head of the ruling Pakistan Muslim League-Nawaz (PML-N). Citing the military and judiciary establishment, Sharif further said: You can’t run a country if you have two or three parallel governments. This has to stop. There can only be one government – the constitutional one. The relations between the military and the Sharif government were at its lowest ebb in October 2016 when the latter told the former to act against home grown militant groups or face international isolation. The Mumbai attack case has entered into the 10th year but none of its suspects in Pakistan has been punished yet, showing that the case had never been in the priority list of the country that appears to be keen to put it under the carpet. A number of Pakistani witnesses both official and private testified and provided evidence against the seven accused, but the Pakistani authorities have been insisting on sending Indian witnesses for reaching a verdict in the case. Some 166 people were killed in the attack carried out by 10 LeT men. Nine of the attackers were killed by police while lone survivor Ajmal Kasab was caught and hanged after handed down death sentence. (PTI)]]>