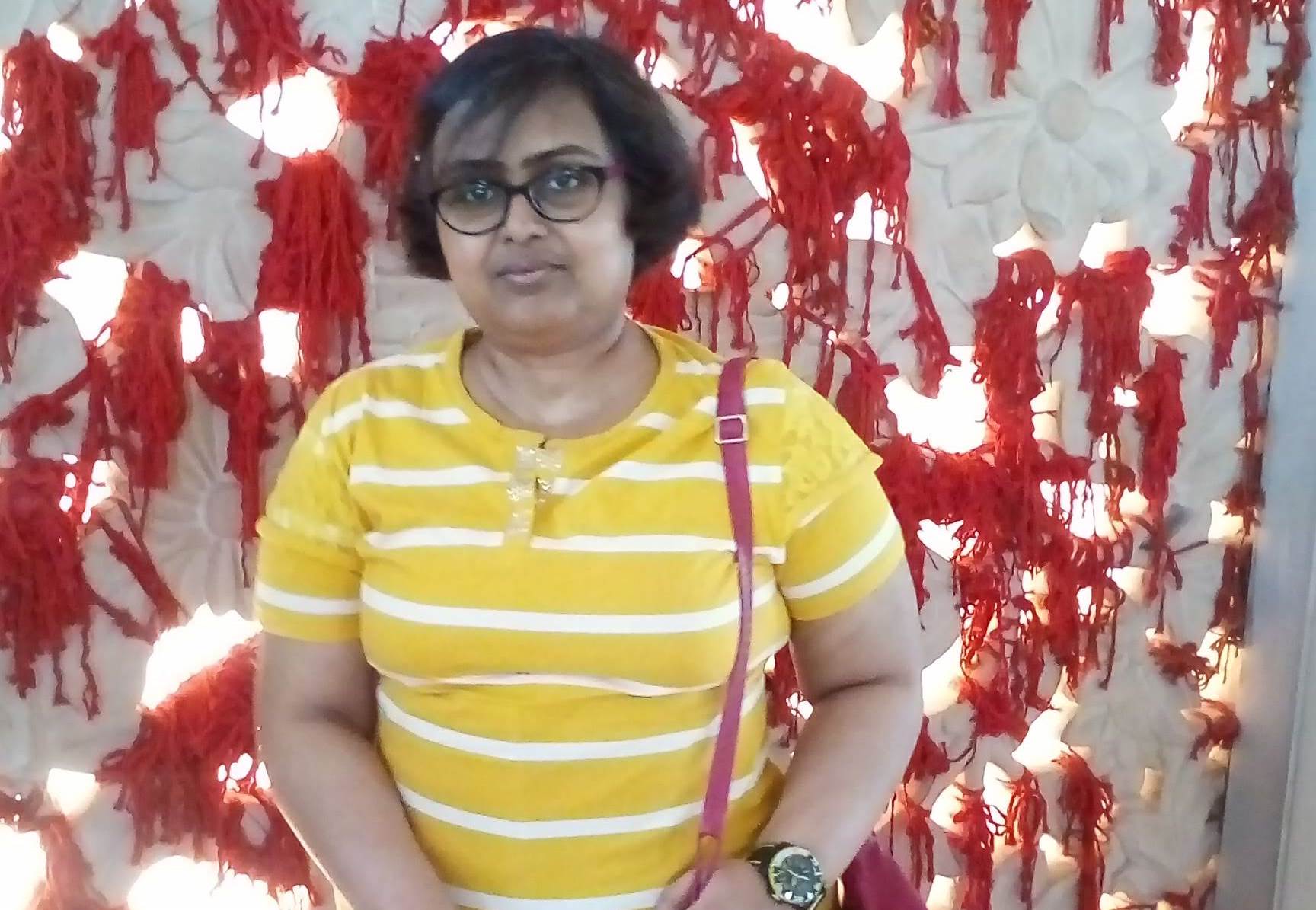 Payel Bhattacharya, 39, has been battling with Von Hippel Lindau (VHL), a rare medical condition where blood vessels form knots and develop tumours, some benign and some cancerous. She went under the knife so many times that she has now lost count. Not surprisingly her autobiography is called The Warrior Princess. Her Story:

I was born a hale and hearty infant but life changed when I was three. My mother was attending my younger brother, a new-born baby, and I was dancing in merriment. Suddenly, a twirl made my left foot swell up like a freshly-baked bread. My father went from doctor to doctor for the right diagnosis but they all differed in opinions. One of them diagnosed me with a hairline fracture and put me on plenty of antibiotics and auto-vaccines. Pumped with heavy medicines at a young age made me resistant to antibiotics later.

Another doctor suggested cosmetic surgery which would imply opening up both, my swollen left foot and the right foot, to compare the two. I was practically a guinea pig. Meanwhile, tumours appeared in different parts of my body. At 12, I was detected with benign brain tumours. The doctors let it be for some years until they started troubling me again after I passed class XII.

For Details of Her Disease And Donate, Visit This Site

I fainted while writing one of my medical entrance test exams in 1999. We travelled across the country to hospitals in Kolkata, Vellore and Chennai and finally came back to Kolkata and got operated in a nursing home. The doctors were apprehensive that my condition could send me into a coma.

In the next four months, tumours appeared in my liver, causing me, causing me extreme abdominal pain. Experts said these were hemorrhaged growths and could not be resected individually. Ten years ago, I underwent a transplantto get rid of my tumour-studded liver. And that’s when, after a series of misdiagnosis and diagnostic dilemmas, doctors in Sir Gangaram Hospital, New Delhi (now, they have shifted their institution to Medanta, Gurgaon and most of my treatment goes on there) diagnosed me with a very rare disease called Von Hippel Lindau (VHL).

Back then, the term VHL was alien to most doctors. I can still recall the faces of the radiologists checking my tumour-ridden liver with their probes and looking at my file with a weird term ‘VHL’ with deadpan faces, regarding me quizzically.

Named after German ophthalmologist Eugen von Hippel and Arvid Vilhelm Lindau, a Swedish pathologist and bacteriologist, VHL or is a genetic defect that causes capillary growth to go out of control. While the tiniest blood vessels, or capillaries, usually branch out gracefully like trees, in VHL patients knots of extra capillaries form tumours.  In certain cases, these growths turn malignant, causing cancer. VHL can affect up to ten parts of the body, including the brain, spine, ears, eyes, lung, liver, pancreas, and kidneys. Wikipedia says it affects 1 in 36,000 people but there is no proper record-keeping in India. My world came apart, when I realised the nature of my disease but I have resolved that there is no other way except fighting till the end.

My liver transplant had drained me and my family both emotionally and financially. It was an 18-hour long surgery with a team of 30 doctors that cost us Rs 30 lakh. We had no money for the surgery. Help came in from different quarters. People donated money and my transplant just happened automagically!

Soon after the transplant, my father died of heart failure. And that marked the beginning of the most difficult phase of my life, leaving me penniless and almost homeless. The transplanted liver needs the immune system to be suppressed so that it isn’t rejected by the body. The immuno-suppressants are expensive life-saving medicines, and also make the user susceptible to other diseases. I too contracted multi-drug resistant tuberculosis (MDR -TB). The moment my landlord came to know that I had TB, he wanted me out of the house.

Forget about the treatment, we were not even sure if we would get our next meal. But we have kept faith. We would live, we are meant to live — this was our mantra. Help came from unexpected quarters and we survived the worst.

I am also a kidney cancer survivor, yet another manifestation of VHL. On the last count, I had had 14 surgeries; I have now stopped keeping the count. I’d rather use my time productively. I read voraciously, write poetry and make sketches to express myself. I wrote my first long poem Warrior Princess which was later shaped into my autobiography The Warrior Princess, which was published earlier thisyear. It wasn’t easy to write as my brain tumor has claimed most of the vision of my right eye.

I also reached out to several NGOs but was turned down on the grounds that ‘VHL is a very rare disease’. Some didn’t bother to reply. Battling apathy, ignorance and stigma has turned out to be more difficult than fighting VHL. I reach out to people through social media and people with their heart in the right place have come out to help.

Ten years ago, I never thought I’d live to see this day. A doctor wrote in his prescription that I wouldn’t live beyond six weeks. I met with such deadlines a few more times but I pulled through. I have an intense will to survive, which is why I want to celebrate the past 10 years and mark the tenth anniversary of my liver transplant as ‘Survival Day’.