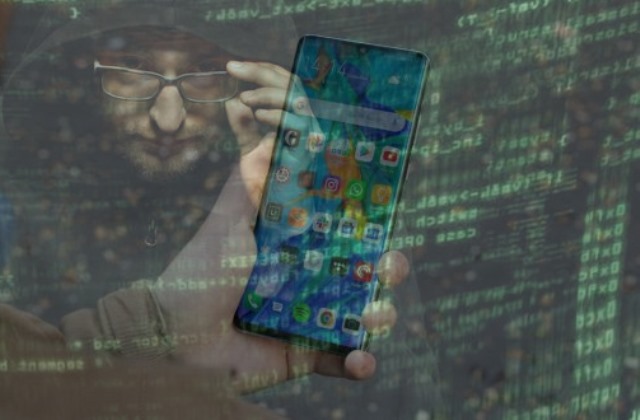 Pegasus has hit the headlines everywhere. From France’s President Macron to India’s opposition leader Rahul Gandhi, politicians and celebrities are baying for blood. But of whose? It’s not clear. The Israeli cyber-arm firm NSO? The company only made the technology and sold it to countries to use for protection against ‘terrorists’ etc. NSO is not a country and cannot monitor or control who and how it is used once it is sold. Should people attack Israel? But NSO is a private enterprise. There is no international mechanism to monitor. So who?

That technology is advanced. That Intelligence Services have the means to get into people’s heads let alone phones is suspected by almost anyone with some knowledge of technology. So what’s all the fuss about?

The United States has been snooping, hacking, stealing data and conversations etc for decades now. How else do they know where ‘terrorist’ leaders are and which Dacha Putin is in or what is the source of sausages that Angela Merkel is having for breakfast.

That leaders of Al Qaeda and Taliban try to remain one step ahead by communicating through sophisticated traditional non tech methods is also well known.  How else would Taliban have chased the Americans out. Pegasus? ‘We have lived with Pegasus or its dad and granddad for decades,’ the Taliban might say.

It will not be a surprise if France was using some similar version of Pegasus to monitor its suspected terrorists, criminals, political trouble makers and possibly even minority groups. Sometimes technology boomerangs. What French intelligence services have been doing on others, yet others have been doing on Macron. Ah La Vache! Or Ooh la la, he is furious!

Pegasus has had its eyes on some leading British politicians, journalists and public figures. Possibly even billionaires. These people are lucky they have discovered the name of at least one technology source looking at or after them, depending on who is offering the narrative. Who knows which British Intelligence agency has also been keeping a tab on them, harvesting all their data, listening to all their conversation! Intelligence officers are the proverbial snoopy old lady next door with curtains drawn, looking through a chink. It takes a certain character to become one.

British intelligence infiltrates, snoops, hacks and sucks information from anything moving in UK including organisations representing disability, LGBT, children playing high tech games and even infants saying ‘boom boom’. That’s how little kids get thrown into ‘prevent’ programme, designed to flush out potential ‘terrorists’ and rewash their brains to become good royalists. Pegasus’s big Uncle, GCHQ, has been listening to everyone on British soil without warrants or legitimate reason. This country of privacy champions, likes to own everyone’s privacy. Just look at the number of snoopy cameras in any city, town and even village in UK.

The great Sultans of Arabia have acquired Pegasus from NSO through their previously public sworn enemy, Israel.  NSO would have had to have clearance from Israel Govt to sell the programme to them. The Arab countries have been busy hacking and listening to anyone suspected of being against them. But 400 British have been on the list of UAE Pegasus. Surely these illuminati were not secretly crusading and conspiring to overthrow the ruler of UAE. Perhaps another Government asked UAE to do what it wouldn’t by law be permitted to do. Now who could that be? Three guesses and you can have your name printed here without benefit of Pegasus.

But the Craft master is always ahead of the game. The company that made Pegasus must have a little programmed bot in there to hack and spy on all the Middle East Majesties that have bought the programme. So no need to send spies, the Middle East Kingdoms are probably sending info to Israel and even paying for it. That is smart capitalism.

Pegasus, the mythical winged horse, has travelled to India too in the form of high tech. Rahul Gandhi is moaning endlessly. Despite his voice becoming hoarse, he won’t stop accusing Narendra Modi of listening to his (Rahul’s) phone anywhere and everywhere he gets a chance to say so! Simple answer, stop talking on the phone.

Perhaps he should turn to his mum for an explanation. After all Pegasus’s grandfather was brought into India by his father, Rajiv Gandhi, and then later under the watch of his mum. Some ancestor of Pegasus has been in India in the hands of intelligence services for three decades at least. And Israel helped with the technology.

Sikh insurgents, Kashmiri jihadis, and many political leaders of movements perceived by the State as ‘terrorists’ have long known that their phones are hacked, their conversations are heard, their every movement is tracked by GPS.

It has been used, as every law and means in India has been used for 200 years (since colonial rule), to listen to and stifle the opposition. In fact, Kautilya recommended it to rulers 2000 years ago before it dawned upon Pegasus and India’s IB. All this happened during the Congress rule and it should be no surprise that it is happening during BJP reign. Pegasus in India? Well what’s new Rahul Gandhi? Either the family never told him at the dinner table, or he is just trying to political point scoring out of something that every ‘with it’ Indian knows.

Many Indians know that phones, TV, and other gadgets all get hacked and Indian intelligence services have had the technology first acquired by his father, Rajiv. KPS Gill boasted of it. It was used on political opponents then and it is being used now. It was his grandmother Indira who started using the civil service to do her bidding to remain in power. The current PM is only doing what the family started in the best tradition of Indian politics. Using Pegasus to harvest info on opposition, what’s new?