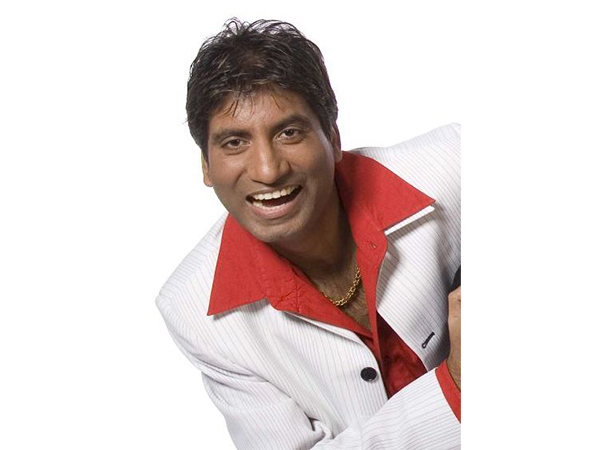 The funeral of comedian Raju Srivastav, who breathed his last on Wednesday after being in the ICU for 41 days, will be held on Thursday and the last rites will take place at Nigam Bodh Ghat here, his family confirmed.

The comedian-actor had suffered a heart attack while working out in the gym last month. After learning about the unfortunate demise of Srivastav, people across the country paid their heartfelt tributes.
Prime Minister Narendra Modi offered his condolences to the family and admirers of the late comedian and tweeted: “Raju Srivastava brightened our lives with laughter, humour and positivity. He leaves us too soon but he will continue to live in the hearts of countless people thanks to his rich work over the years. His demise is saddening.”

“Renowned comedian Raju Srivastava ji had a unique style, he impressed everyone with his amazing talent,” Home Minister Amit Shah said in a tweet.

“Our friend, Raju Srivastava, who made the whole country laugh, is no more with us! The thought that our meeting this year on May 13 would be our meeting never occurred to me,” wrote the deputy CM of Maharashtra, Devendra Fadnavis.

Srivastav was in the entertainment industry since the 1980s and shot to fame after participating in the first season of the reality stand-up comedy show ‘The Great Indian Laughter Challenge in 2005. The 58-year-old artiste is survived by his wife and two children. (ANI) 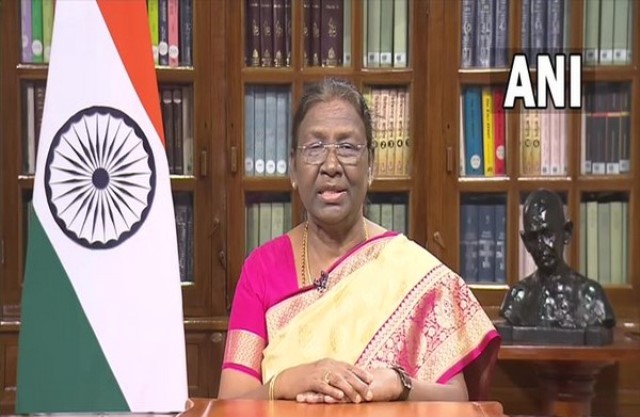 President Droupadi Murmu, on Wednesday, paid rich tributes to comedian Raju Srivastav, who breathed his last at the All Indian Institute of Medical Sciences (AIIMS) after being admitted on August 10 following a heart attack.

Taking to Twitter, Murmu tweeted in Hindi, “The untimely demise of comedian Raju Srivastav is extremely sad. He had enthralled the audience with his comical performances. He gave a new identity to the comedy scene in India. My condolences to his family and fans.”

“Saddened to hear about the demise of famous comedian Raju Srivastava Ji. May God give place to the departed soul at his feet. My condolences to his family and all his fans in this time of sorrow (sic),” AAP convenor Arvind Kejriwal wrote on his official Twitter account.

Raju Srivastav, 58, was in the entertainment industry since the 1980s and shot to fame after participating in the first season of the reality stand-up comedy show ‘The Great Indian Laughter Challenge’ in 2005. He is survived by his wife and two children.

Apart from President Murmu and Delhi’s CM Arvind Kejriwal, other political leaders such as Rajnath Singh, Amit Shah, and Akhilesh Yadav among others have also paid condolences over the demise of Raju Srivatasv. (ANI) 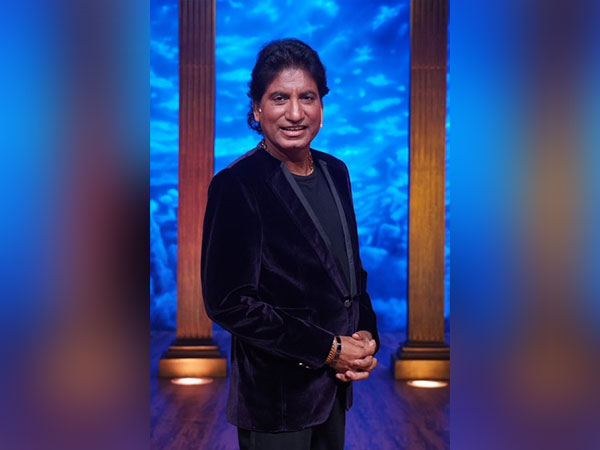 Comedian-actor Raju Srivastava breathed his last breath at the age of 58, on Wednesday at AIIMS Delhi, after being admitted there following a heart attack on August 10.

Raju, who received widespread recognition after participating in the first season of the stand-up comedy show ‘The Great Indian Laughter Challenge in 2005, was part of the Indian entertainment industry since the late 1980s.
Born Satya Prakash Srivastava on December 25, 1963, to a middle-class family in Kanpur in Uttar Pradesh, his father, Ramesh Chandra Srivastava was a poet known as Balai Kaka. Since his childhood, Raju was fond of doing mimicry, which is why he wanted to be a comedian.

After completing his early studies in Kanpur, Raju shifted to Mumbai with the dream of becoming a comedian. He started his career by doing small roles in Bollywood films.

The first part he played was in the 1998 film ‘Tezaab’, which was followed by the 1989 Salman Khan starrer ‘Maine Pyaar Kiya’ and ‘Baazigar’ in 1993. Apart from these, he also worked in ‘Aamdani Atthani Kharcha Rupaiyaa’, ‘Main Prem Ki Diwani Hoon’, ‘Big Brother’ and ‘Bombay to Goa’ among several other films.

On July 1, 1993, Raju married Shikha from Lucknow and the duo had two children, Antara and Ayushman.

Raju then decided to venture into stand-up comedy after he took part as a contestant in Star One’s show ‘The Great Indian Laughter Challenge’ in 2005, where his comedy got a new identity. He bagged the first runner-up place in the show.

During his stint on the show and even after that Raju, who was known most for his acute scrutiny and comical timing about various Indian aspects of life, became very popular for his stage character ‘Gajodhar Bhaiya’.

Subsequently, he also took part in the show’s spin-off, ‘The Great Indian Laughter Challenge – Champions’, where he won the title of ‘The King of Comedy’.

After conquering the world of comedy and making a permanent place in his audience’s heart, he also expanded his reigns in politics. For the 2014 Lok Sabha election, the Samajwadi Party fielded him from Kanpur.

However, Raju returned the ticket on March 11, 2014, stating he was not getting enough support from the party’s local units. Following this, on March 19, 2014, he joined the Bhartiya Janta Party, where Prime Minister Narendra Modi nominated him to be part of the Swachh Bharat Abhiyan.

Since then, through his events in different cities, Raju promoted cleanliness and made various music videos for the cause. He also shot various TV commercials and social service message videos for ‘Swachh Bharat Abhiyan’.

The comedian was admitted to the hospital on August 10 after a heart attack. He was experiencing chest pain and collapsed while working out at the gym. Post this, his trainer took him to the hospital.

Reportedly, the 58-year-old was running on the treadmill when he complained about chest pain. He underwent an angioplasty the same day. After staying on the ventilator for several weeks, he finally passed away on September 21.

In a world where people struggle with sorrows and disappointments on a daily basis, Raju Srivastava’s comedy brought that much-needed spark of laughter to the common Indian. Though the ace comedian will never crack a joke again, his legacy of jokes, laughter and joy will continue to live for generations to come. (ANI)