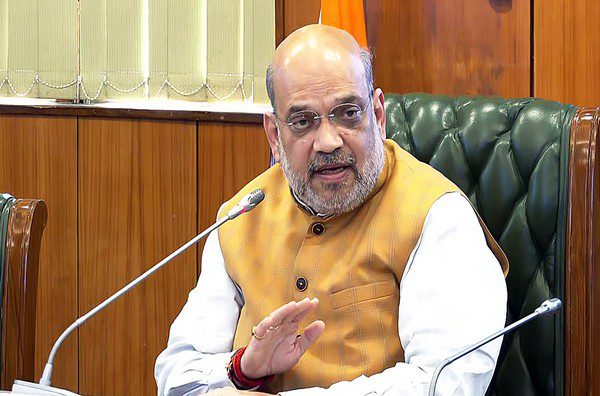 Highlighting the development push by the Bharatiya Janata Party (BJP)-led Centre in Jammu and Kashmir, Union Home Minister Amit Shah on Wednesday said the region that was a terrorist hotspot earlier has now become a tourist hotspot due to the policies of the Modi government.

Shah, who has been on a 3-day visit to J-K, inaugurated and laid the foundation stone of 240 development projects of about ₹2,000 crores in Srinagar on Wednesday.

Shah also inaugurated and laid the foundation stones of several development projects in Baramulla, Jammu, and Kashmir, and addressed a public meeting in the region.

In his address, the Union Home Minister said that the hills of Pir Panjal and Chenab and this region of Kashmir Valley are among the most beautiful areas of the world. “The development ushered in Prime Minister Narendra Modi in Jammu and Kashmir is clearly reflected through the happy faces of the people in the region. He said that earlier, the three families who used to rule in the region hardly worked for the development of the region,” Shah said.

He said PM Modi has completed a huge task of ensuring that democracy reaches every village of Jammu and Kashmir. “Earlier, the meaning of democracy in Kashmir was restricted within the three families, 87 MLAs, and 6 MPs, but after August 5, 2019, Prime Minister Narendra Modi has connected 30,000 people with democracy by taking it to the level of Panch, Sarpanch, BDC, and Zilla Panchayat of the village.”

Shah said, “under the rule of three families, only Rs 15,000 crore investment came in Jammu and Kashmir in 70 years, but under the leadership of Prime Minister Modi, an investment of Rs. 56,000 crores has come in just three years.”

“Earlier the region was a terrorist hotspot but now it has become a tourist hotspot. Earlier, a maximum of six lakh tourists used to visit the Kashmir Valley every year, whereas this year alone till now, 22 lakh tourists have visited the region, giving employment to thousands of youth, and this process will be further strengthened,” he said.

Shah said that earlier stones and guns were given in the hands of the youth of the Valley, but now Prime Minister Narendra Modi has replaced them with mobiles and laptops and provided employment to the youth by setting up industries in the region. The Union Home Minister said that terrorism has not led to any good in the world. “From 1990 till today, 42,000 people of Jammu and Kashmir have succumbed to terrorism. Now terrorism is slowly being weeded out,” he said.

Shah said that now electricity has reached every village in Kashmir and Prime Minister Modi has ensured complete treatment up to Rs 5 lakh free of cost. He said that 77 lakh people have been given health cards so that they do not have to spend a single penny for their treatment.

Union Home Minister said that he wants to reach out to the Gujjars, Bakarwals and Paharis of Baramulla, and the youth of Kashmir. He said that the people of Kashmir should think with an open mind that no good was ever done by the people who spread terror in the region, and Kashmir should now move forward with all the States of the country.

Shah said that we should not go down the path of terrorism but that of development.

Shah said that in the month of September this year, 13 lakh tourists visited Gulmarg. He said that the installation of power plants and irrigation projects worth thousands of crores of Rupees will bring prosperity to the valley of Kashmir. In order to improve the rail network, work on rail links from Udhampur to Baramulla has been initiated. Under the Pradhan Mantri Sadak Yojana, 119 new roads worth Rs 3,167 crore have been built.

He appealed to the people to join the mainstream of the country and empower the process of development and move forward. (ANI)