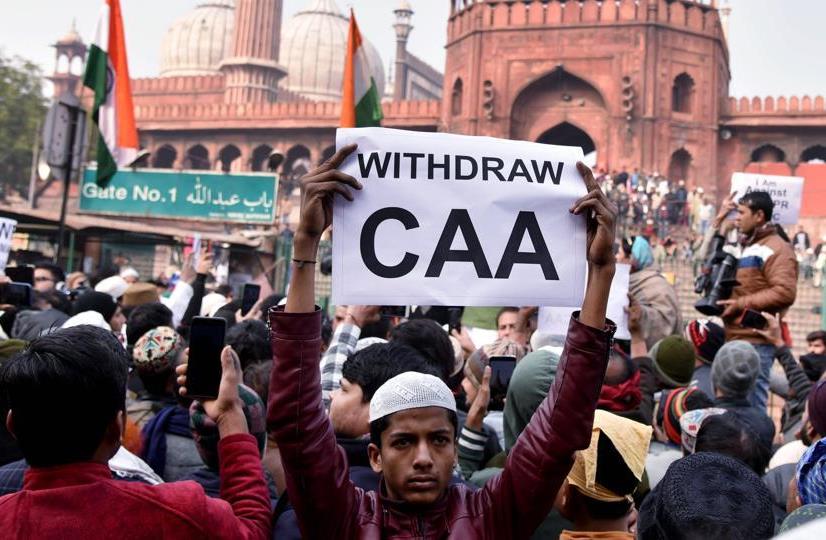 When External Affairs Minister S. Jaishankar, a seasoned diplomat who understands America well, declined to meet a US Congressional delegation that included an Indian-origin member critical of India’s current Kashmir policy, eyebrows were raised. Besides Kashmir, the Citizenship Amendment Act (CAA) and a National Register of Citizens (NRC) that are widely perceived as discriminatory have painted a negative picture of India abroad.

Signals are unmistakable. United States Ambassador to India, Ken Justor, has removed from his official web account pictures of him visiting different religious shrines. Diplomats posted in New Delhi do not speak on record but they convey their ‘concerns’ privately. Their classified reports sent back home couldn’t be positive.

Japanese Premier Shinzo Abe, although a friend of Prime Minister Narendra Modi, and foreign minister of Bangladesh, India’s friendliest neighbour, recently postponed their visits. Dhaka is having to do diplomatic fire-fighting to prevent domestic fallout. While foreign governments are silently monitoring, some of their lawmakers, representative bodies and the media are vocal.

For many weeks, protests over the two laws are raging across the country and not just in the winter-hit North; in cities and not just the university campus where they are accused by the Modi Government and its voluble political and ‘cultural’ arms as housing “urban Naxals”. The government says these protests are engineered by disgruntled political parties and groups of Left-liberals and “anti-nationals” who are “pro-Pakistan”, having an agenda to “break” (tukde-tukde is the term).

The reality is quite different. Violence which has hit many a university campus, critics say, is officially sponsored. Only, the government does not want to acknowledge it. Over 25 protestors have died. Unsurprisingly, the world sees it as a Hindu-Muslim conflict. Nothing draws international attention to a country more than a religious conflict.

Some of the government’s political allies and members of the ruling National Democratic Alliance (NDA) are, after supporting it have, quite opportunistically, done a U-turn.

The government has been assuring foreign governments that its actions, taken and those intended, are its “internal matter”. But widespread protests indicate that concerns persist.  Being a democracy, shutting out the Internet in parts of the country in this information age, legislating and acting without conducting due processes and marshalling of evidence before declaring chunks of population as “illegal immigrants”, even if they came from neighbouring countries, cannot exactly be seen as “internal”.

More so, because far from being a hush-hush exercise, it is part of a high decibel public discourse. The government’s credibility is being seriously questioned. Its aggressive, even toxic justification, calling supposed illegal migrants ‘termites’ and its policy’s critics ‘traitors’ has worsened things.

Worst, perhaps, is enacting CAA to accord unsolicited citizenship to people in Afghanistan, Pakistan and Bangladesh. If it is meant to undo ‘injustice’ done to them during 1947 Partition, as the official argument goes, why Afghanistan, not really a part of the British Empire, and where India has invested billions to earn goodwill, is included? Why Buddhist majority Sri Lanka, the Maldives with near-total Muslim population, Hindu majority Nepal are excluded remains unexplained. Why a number of communities with microscopic or zero populations in those countries like Jains and Zoroastrians, are included? It is obvious, by process of elimination, why Muslims are not.

Asking people of other countries to become Indian citizens casts aspersions and is an affront to their sovereignty. Two questions arise. One, have those people sought Indian citizenship and two, what has been done about those who have sought and are already in India?

The Modi Government with over four years left to renew its current popular mandate is firmly in saddle. But the restiveness at home has certainly hit its popularity abroad. What message an expelled foreign student on university exchange scholarship and a Norwegian woman tourist asked to leave for participating in protests carry back?

Leaving out political shenanigans, the issues coming to fore are how the world looks at India. Since its Independence, it has been comfortable with an India that, despite all its flaws, is pluralist, tolerant of its great diversities and essentially democratic and federal, where rule of law by and large has prevailed. Indeed, progress following economic reforms of the 1990s, democratic values, culture and the positive role of the diaspora have defined India’s image so far.

Pakistan figuring in India’s political discourse has had many debilitating effects. It has revived the “two-nation” theory – treating Hindus and Muslims as separate ‘nations’ that India had rejected right from the beginning. But this has been Home Minister Amit Shah’s principal justification for enacting the twin laws.

The Hindutva fervour has made India seem a mirror image of Pakistan. Ordinary Indians seem like Pakistan-haters and by implication, wary, suspicious and even hostile to fellow-Muslims. Despite recurring sectarian violence that is mostly politically inspired, this has not been India’s record.

The tragedy is that Modi Government’s own development agenda has been overtaken by the political one. This is compounded by an economic slowdown, a halved GDP, dip in rural spending, increasing evidence of joblessness and farm distress. Most of the political agenda that it is in haste to implement is strongly divisive and two together have contributed to its current image abroad.

Many Indians reject this as foreign ‘interference’ in internal matters. But being democratic, India is not water-tight. There is no absolute freedom, be it political or economic on how religious, ethnic and other minorities are treated in a country. Support to this thinking comes from some European scholars who are mesmerized by Hinduism but are unable to distinguish it from the political agenda currently sought to be thrust. Sadly, many Indians have also fallen victims f this.

Some of the Modi Government’s own achievements during its first term (2014-2019) are being undone on the diplomatic. Modi’s close rapport with Trump, including “Howdy Modi” has not prevented Congressional censures, the US from trying to block crucial defence purchases, restricting visa facilities, pressurising on “buy more” of American goods and getting India into the US-China trade crosshair. Rapport with Saudi Arabia and the UAE have fetched investment pledges. But that has not stopped the two royalties from holding a Kashmir conference to boost Pakistan’s standpoint. The personal rapport that Modi has painstakingly struck with many a world leader has its limits.

Ditto, the diaspora. They respond to the Indian situation because the governments in the countries they live treat them accordingly. The admiring crowds that thronged Madison Square Garden and Wembley are silent. After Shinzo Age postponed his India visit, a small group was shown supporting the controversial laws in Tokyo. You wonder for whose benefit these expensive shows of solidarity are staged. Politicizing diaspora, even assuming many are Modi admirers, has its limits too.

Granted that we are living in a world — societies down to individuals and families — that is getting divided, if the birthplace of Yoga does not have peace for its own citizens, its plans to become “vishwaguru” (teacher to the world) carry little relevance.