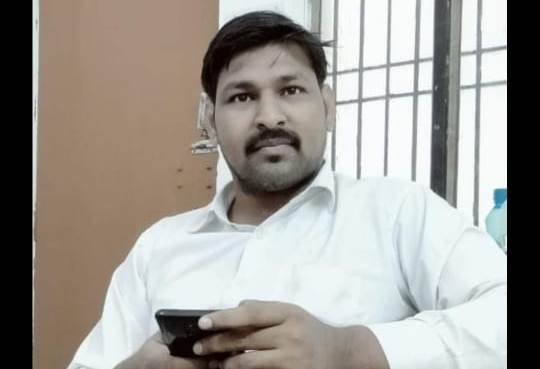 Salman Ahmad, 30, an advocate at Lucknow Civil Court, says he was amazed at the spirit of Pinjra Tod activists on their release from jail. Khan sees similar resolve in anti-CAA women activists of Lucknow

I am so happy that finally Natasha Narwal, Devangana Kalita and Asif Iqbal Tanha have been released on bail. It was an uphill fight, but I am glad they have come out of jail for now. I am just mesmerised at the courage these people have shown, especially the women.

The moment I saw the news clip of Natasha Narwal laughing after just coming out of jail and not deterred one bit, I was like: Inki himmat me koi kami nahi aayi; chehre pe ab bhi hansi barkarar hai. Aisa lag raha hai ye to Sarkar ko chidha rahi hain (She looks spirited; her smile/laughter is intact and it seems as if she is cocking a snook at the government that they couldn’t break her spirit even in jail.

I have seen similar steely resolve in the women of Lucknow; the women who spearheaded the anti-CAA and anti-NRC movement at Ghantaghar. I had been following the news about CAA-NRC right from the beginning and have been involved with its Lucknow chapter, so to speak, right since its inception.

I myself was a part of the CAA- NRC protests and have helped a lot of people in getting timely bail when they faced similar police harassment. In fact, the police filed two-three FIRs against me as well but I was undeterred. Even my whole family and the families of friends and colleagues registered their protest. We know these are momentous times and anything can be used against anyone who shows the courage to question the government.

Women don’t speak up in the beginning or fight unnecessarily, so if the women are out in the streets and unafraid to go to jail for what they consider right, just and truthful, the government should sit up and take notice. When women put things at stake, it means they are ready to give it their all.

We can see through the divide and rule policy of the government, but I believe it’s not going to work. Because this time the people also know that they have to take a stand. During January-February last year, many of us took an accommodation near the protest site and did all that was possible in aiding other supporters and we wouldn’t even go home for many days at a stretch. Even at the cost of our own personal safety we have visited police stations after police stations to show our support in the release of common people. As an advocate it is my duty to see that the law is not misused.

CAA-NRC provisions have touched a raw nerve and people have realised that their very existence is at stake. It is the people of India who are holding it together with love, otherwise look at what hatred between communities and a breakdown in communication did to Myanmar. I wouldn’t say that there was no mistrust between communities before this government came in; it was there, but it was a side thing. But with this government it is the main agenda. Many people holding top position in important institutions have been known to have biased views regarding things.

I hope things get better soon and the government understands the concerns of the people and not just try to put those asking questions in jail. We need to talk to each other. The powers that are need to take people into consideration.