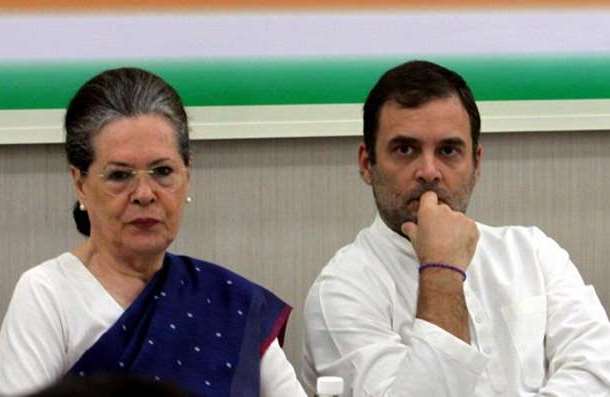 Here’s a quick question. How many times do you think India’s so-called Grand Old Party, the Indian National Congress, has split since its inception in 1885? The answer is: at least 70 times. The splits have often been small regional ones such as when Chittaranjan Das and Motilal Nehru broke away in 1923 to form the Swaraj Party in what was then the Bengal Presidency (the Swaraj Party was later merged back into the Indian National Congress) but also a few major, national level breakups such as when leaders Morarji Desai and K. Kamaraj broke away in 1969 from Indira Gandhi to form what would later be part of the Janata Party. In later years there have been other major breakaway groups from the INC, notably the Sharad Pawar-led Nationalist Congress Party, which is still active.

In recent years, particularly after the Congress’ near-decimation in parliamentary elections in 2014 and the fact that it is in power in very few of India’s 28 states, speculation in political circles about a major split in the party has been rife. The Congress is in power in the states of Punjab, Chhattisgarh and Rajasthan where the party has majority support. In Tamil Nadu, Jharkhand and Maharashtra it shares power with alliance partners Dravida Munnetra Kazhagam, Jharkhand Mukti Morcha and Shiv Sena, respectively.

The party’s diminishing fortunes have led to disillusionment among many of its prominent leaders who have lost confidence in the leadership of the party, which remains a fiefdom of the Gandhi family. Sonia Gandhi continues to be its president; her son, Rahul, is a reluctant heir who many believe is ineffective in either leading the party or winning elections.

As a result of this and the ensuing crisis in the party, several senior leaders–either at the national level or at the state level–have left the Congress, some of them choosing to join the ruling Bharatiya Janata Party whose fortunes have been directionally quite the opposite of that of the Congress. Besides being in power at the Centre, the BJP or its alliances rule 18 Indian states and despite some recent setbacks, the popularity of the party or its leader, Prime Minister Narendra Modi, has been ahead of any other political party or leader.

ALSO READ: Will The Congress Please Buckle Up?

The exodus from the Congress actually began nearly eight years ago when the BJP came to power. According to one estimate, more than 30 leaders, many of them former central ministers or state-level leaders, left the Congress to join the BJP. Many high-profile exits happened more recently. These include Jyotiraditya Scindia who is now a minister at the Centre; Jitin Prasada, now a minister in the Uttar Pradesh BJP-led government; and R.P.N. Singh, a former Congress minister who recently jumped ship to join the BJP. The Congress has been losing people from its second rung leadership and that is a blow for the party.

The informal G-23 or a grouping of 23 Congress leaders is a pointer to what could happen in the foreseeable future. The group comprises several heavyweights from the party. There are, for instance, five former chief ministers and several former Union ministers.

One of the most notable factors is that this group has mustered the courage to challenge the party’s leadership and call for reforms. Foremost among their demands is a call for elections to the Congress Working Committee, the powerful executive committee of the party, headed by Sonia Gandhi. The Congress has not held elections to the CWC since 1998 and this has meant that it has become an undemocratic, closed-club, which is in charge of running the party.

Recently, when the Indian government decided to honour the Congress leader, Ghulam Nabi Azad, with a national award, it set off rumblings in the party and speculation that Azad would quit the Congress and join the BJP. While that hasn’t happened yet, a split in the Congress could possibly be good for the party. For one, it would bring together some of its leaders with the potential to revive the party. Second, a strong enough breakaway faction would rid the party of the regressive leadership of the Gandhi family, which has failed at elections and at holding together its flock.

The Congress is the only party, besides the BJP, that still has a national presence, although its influence has waned. Today, however, the BJP is almost unchallenged: in 2019, the Congress won 52 seats in the Lok Sabha, failing to get 10% of the seats needed to claim the post of Leader of Opposition. With its decimation in Parliament, in the absence of a strong national party’s presence, the opposition is toothless. That is not exactly a good recipe for a democratic system.

What the party sorely needs is fresh leadership that could revive it by infusing new ideas, raising the confidence of its leaders and workers, and forging strategic alliances with regional parties so that the ruling party and its allies do not get a free run. Creating a strong opposition could be the first step towards getting back its status as the Grand Old Party.