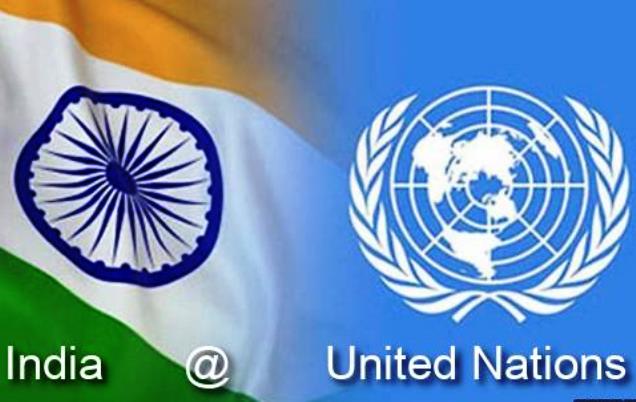 Apart from the unconventional way the laws were rushed through Parliament, a hallmark of Modi regime, where every policy appears to be an ‘emergency’, there are serious concerns about the legitimacy of these laws in relation to international norms and treaties. Denial of access to independent justice, lack of independent evaluation of crop prices and failure to consult before enacting policy or law breach international treaties. The Indian government cannot really claim it is an internal matter of sovereignty.

A scrutiny of these laws in Parliament would have revealed that they are violating some substantial undertakings that the Indian State has committed to at the international level and that are part of UN treaties.

Foremost is the Universal Declaration of Human Rights that India had joined as early as 1948 and is the mother of all human rights laws in the world now. Article 7 states that, ‘everyone is equal before the law and is entitled without discrimination to equal protection of the law’

In the International Covenant on Civil and Political Rights, Article 2 guarantees every individual remedy by competent judiciary

(1) Each State Party to the present Covenant undertakes to respect and to ensure to all individuals within its territory and subject to its jurisdiction the rights recognized in the present Covenant, without distinction of any kind, such as ….. property …. or other status.

(2) Each State Party to the present Covenant undertakes:

(b) To ensure that any person claiming such a remedy shall have his right thereto determined by competent judicial, administrative or legislative authorities, or by any other competent authority provided for by the legal system of the State, and to develop the possibilities of judicial remedy.

The second obligation that India has signed up to at the UN is the setting up of a process of independent evaluation of farm produce. In 2018, after 17 years of deliberations and debates, the United Nations passed a Declaration on Rights of Peasants (UNDROP). The United Kingdom was one of the countries opposing it. But India voted in favour, signed it and accepted it.

The Declaration states that there is a need to give farmers a fair price in relation to inputs. This is appreciated by all major international institutions. In UNDROP

(3) ‘States shall take appropriate measures to promote the access of peasants and other people working in rural areas to a fair, impartial and appropriate system of evaluation and certification of the quality of their products at the local, national and international levels, and to promote their participation in its formulation.’

WATCH: ‘Won’t Go Back Till Black Laws Are Withdrawn’

Modern farming has become very mechanised. It is not profitable at small scale. The costs of mechanised inputs, such as fuel, tractors, electricity can be considerably high. The demand for the crop may be low. The crop may also be substandard at times due to climate or other factors. Farming is not like manufacturing industry where one can adjust the quality of the final product depending on inputs and labour.

Large scale farming however can be a sustainable business with known inputs, some crop diversity and economies of scale. If all farming becomes large scale, nearly half a billion people will join the unemployment market in the world. In India this will be around 125 million.

Small farming is also good for the environment. Farmers tend to grow hedges around their farms, a few trees for shelter from the sun and rain and grow a diversity of crops catering to local market and a few lines for the national market.

Hence most governments prefer small farms. Realising that small farming is not sustainable if run on commercial terms, Governments subsidise farming. It is a form of social security. It provides food security, a diversity of produce and keeps one of the oldest occupations thriving.

International institutions such as United Nations, International Labour Organisation and World Bank also recognise this. The ILO states, ‘Fair Trade is a trading partnership based on dialogue, transparency and respect. It contributes to sustainable development by offering better trading conditions, such as securing the rights of, marginalised producers and workers…

The 2018 United Nations Declaration on Rights of Peasants also ensures that there is independent pricing that is not left to the big corporates.

(3) States shall take appropriate measures to promote the access of peasants and other people working in rural areas to a fair, impartial and appropriate system of evaluation and certification of the quality of their products at the local, national and international levels, and to promote their participation in its formulation.

India is a signatory to the above provision. It is breaching its commitment if it fails to provide this.

The UNDROP also promotes the idea of local markets, or Mandis as called in India.

(2) States shall take appropriate measures to favour the access of peasants and other people working in rural areas to the means of transportation, and processing, drying and storage facilities necessary for selling their products on local, national and regional markets at prices that guarantee them a decent income and livelihood.

(3) States shall take appropriate measures to strengthen and support local, national and regional markets in ways that facilitate, and ensure that peasants and other people working in rural areas have, full and equitable access and participation in these markets to sell their products at prices that allow them and their families to attain an adequate standard of living.

Even if the Government agrees to introduce amendments to the laws, it is breaching another fundamental right under UNDROP that India has already signed up to. That is the duty to consult farmers before enacting policy and recognising food sovereignty.

(1) Peasants and other people working in rural areas have the right to active and free participation, directly and/or through their representative organizations, in the preparation and implementation of policies, programmes and projects that may affect their lives, land and livelihoods

While the government may have bypassed the normal procedures of enacting law in India and obstructed any meaningful debate and while it may say that it has enacted the bills legally, the fact is they breach several international treaties and norms. When domestic law breaches international law, it gives scope to other countries to take up the issue. The principle of sovereignty and ‘internal affair’ as the British Foreign secretary used to skirt around the farm laws, does not actually hold.

ALSO READ: When The Farmer Fights Back

In giving power to international law and agreements, Article 253 of the Indian constitution states, ‘Parliament has power to make any law for the whole or any part of the territory of India for implementing any treaty, agreement or convention with any other country or countries or any decision made at any international conference, association or other body.’

Admittedly India’s commitment made at the UN is only enforceable if it introduces it in domestic law. However India should not be making laws that contravene these agreements. It may exercise sovereignty and take the position that the law is legitimate, The fact is the three farm laws breach international commitments and treaties and are against international conventions.