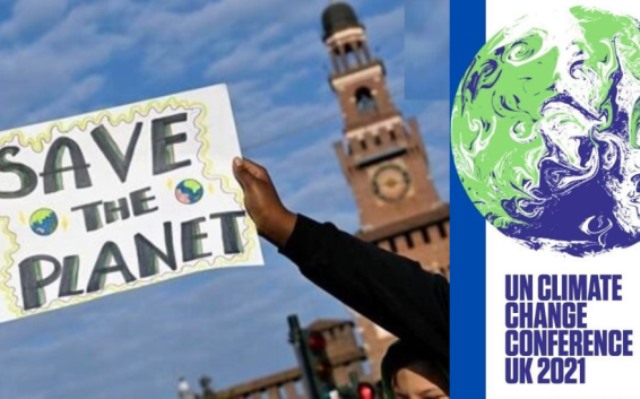 Despite general frustration with COP 26, there are some milestones achieved, some targets that are worth looking forward to and some hope that future COPs will moving in the right direction. To have expected an exceptionally ambitious plan to address climate change would have been naïve particularly as it would have meant considerable disruption to normal life.

Perhaps the four developments that are worth considering are the commitment to deforestation, the setting up of a fund for developing countries to mitigate climate change, India’s commitment to source half of its energy from non-fossil fuel sources and China offering to work with USA to deal with climate crises.

India is one of the main countries along with China and USA leading the world pollution table. Both China and India are continuing to rely on coal significantly. Both have also signalled to change from coal and other fossil fuels to non-fossil sources. India has a growing population and its middle class base in expanding with needs such as cars, refrigerators, mobile phones and other high tech equipment. It is also developing economically. India has a significant challenge to balance the needs and appetite of its population for energy hungry technology and reduce carbon and methane emissions on the other hand.

Unlike western countries where energy needs have reached near peak point, India’s needs are on the up. Developed countries have to change their energy needs from carbon dependency to non-carbon fuels. India cannot just ditch all fossil sourced energy and invest in non-Carbon energy sources. The expense would mean giving up on development or delaying it significantly.

Hence Prime Minister Modi’s commitment to ensure that half of India’s energy will be sourced from non-Carbon fuel by 2030 is significant. This will be around 500 gigawatts. The sheer scale of this new energy sources will make it cheaper all around for the world. It is quite possible that as this alternative fuel sources become cheaper, India will reach its target much sooner and commit to a greater percentage of non-carbon energy by 2030. Cheaper non carbon energy will encourage other countries, including developed countries to invest in non-fossil sourced energy. Currently it is still expensive. It needs exponential increase in numbers.

India has further committed to reduce its total carbon emissions by 1 Billion tones. This is a significant target. Although PM Modi also said that India will reach net zero by 2070 which disappointed many. There is hope that once the escalation to renewable energy takes place, the 2070 target will be reviewed.

India however refused to agree to the para to phase out coal. India along with Russia and China are still dependent on coal. The para was weakened to read ‘phase down’. Nevertheless it is moving in the right direction.

Similarly the setting up of a larger fund for developing countries to change to non-fossil fuels and a fund for small Islands is a step towards the start of a serious drive to assist countries highly dependent on fossil fuels to transfer to other energy sources and become self-sufficient. The Fund is likely to grow as more countries chip in and current developed countries reach deeper into their pockets.

Small Islands facing extinction with rising oceans and temperatures however came out with a punitive lifeline. A mere 2 million has been pledged to them. It is likely to increase.

As significant is the commitment to deforestation. Deforestation has been a major cause of carbon emissions and climate change. Countries such as Brazil and Russia have significant forests. There are many smaller countries in South America, Africa and South East Asia who have large forests but also need land for farming as well as living space for their population. In a competitive world they try and balance their budgets with developing whatever resources they can. A commitment to stop deforestation with appropriate compensation will encourage many countries to scale down encroaching on forests.

The hand of friendship by China to work with USA is another welcome development. Both countries have faced significant consequences of the climate change. China has put the United States in a spot to some extent by this offer. Instead of accusing China of damaging the climate, the USA can cooperate to set achievable targets.

Critics say that the agreements fall far short of efforts needed to keep temperature rise to 1.5° C by end of century. Based on the current agreement, the temperature will probably rise by 2.4 leading the world towards disaster. Critics say that the solutions agreed do not rise to the challenge. This may well be, but the agreements in themselves are a step in the right direction.

The world economy has been dependent on fossil fuel for over a century if not more. The corporations in control of production cannot change overnight without significant damage to economy and jobs. However they feel the heat of public opinion and know that they cannot carry on as usual. COP26 has shown that the tide is beginning to change and both developed countries and Transnationals are beginning to give undertakings to be responsive to reduce Carbon and Methane emissions.

If the pressure continues and the damaging consequences of climate change keep on recurring, within a year or two, the atmosphere will change. More dramatic commitments will be made either in COP27 or by COP28. It also gives enough time for countries and the corporate sector to begin restructure their investments, productions, sourcing etc to be compliant with change to reduce temperature rises. Both developed countries and corporations know that the mood of the public has changed and will not tolerate their intransigence.

A subtext of COP26 was that the Britain under the current Prime Minister is not much trusted around the world. UK itself is investing in a new coal mine. It has cut overseas aid thus depriving poorer countries even further of means to cope with climate change. Britain further failed to join an alliance to phase out oil and gas. To many it seemed the United Kingdom was asking others to commit to targets that it wasn’t interested itself to adopt. Not surprisingly, the largest emitters have postponed their commitment to another day. Its politics.

Nevertheless COP26 gives hope. It has shown that unlike the Paris Agreement where grand gestures and ambitions were made, the mood now is to get down to business. The polluters know they cannot ignore public opinion or media cacophony on climate. They know the science is against them and they have no answers to the growing evidence that has been finding its way into headlines. They know that the Paris Agreement is not something they can ignore. If the Paris Agreement set targets, the Glasgow COP26 has started the journey on the path.