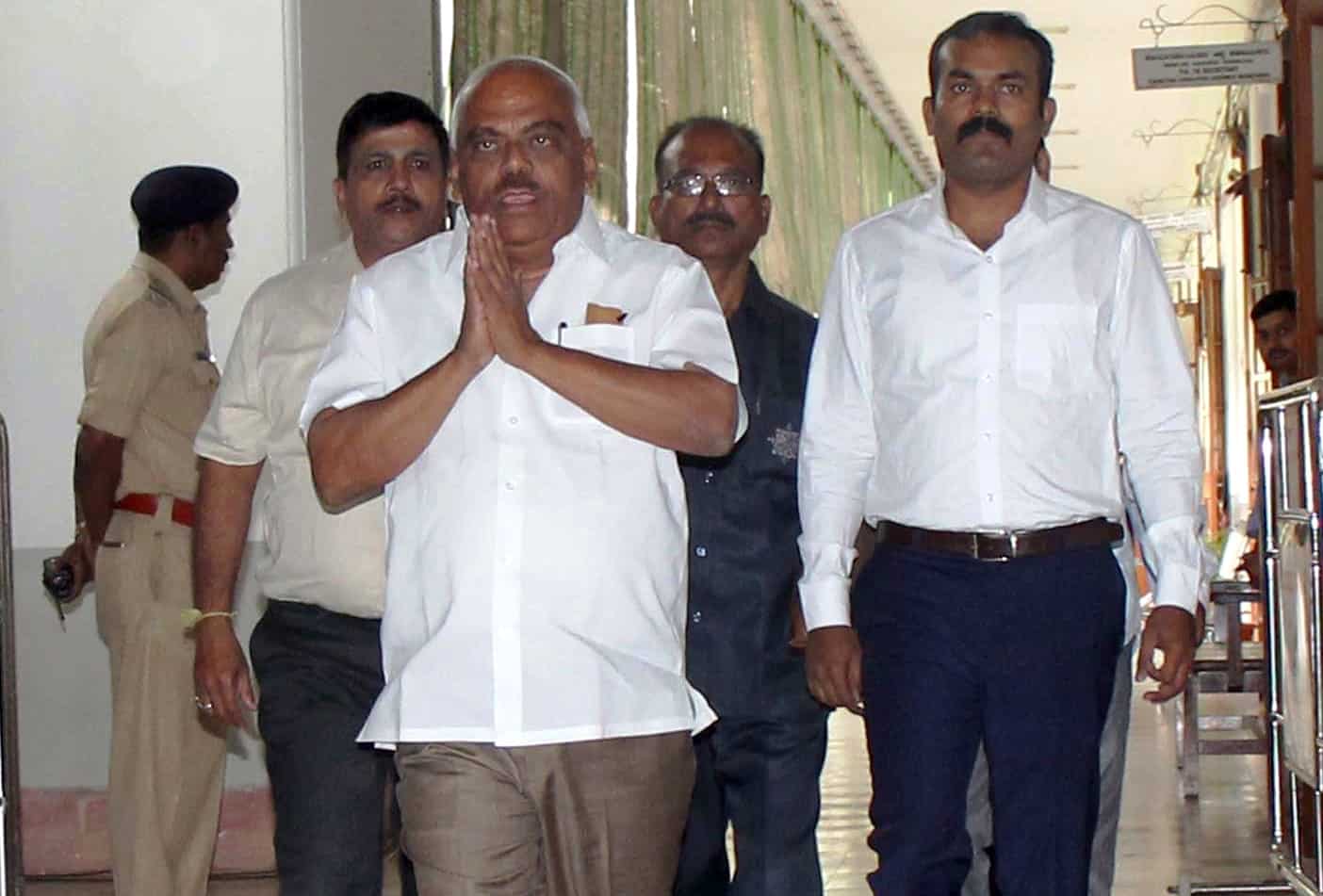 This is in addition to the three dissident MLAs he had disqualified on July 25.

With the significant development, a total of 17 rebel MLAs from both parties have been disqualified by the Speaker.

All the disqualified MLAs cannot contest elections until the expiry of the term of the 15th Legislative Assembly.

The three MLAs disqualified are JD(S) include — AH Vishwanath, Narayan Gowda and Gopalaiah.

“They had sought a time of four weeks. We had given notice to them but they did not come and meet me,” Kumar told reporters at a press conference here.

“The respondents hence cease to be members of this Assembly with immediate effect till the end of the 15th Legislative Assembly,” he added.

Kumar said that his decision was based on the resignations and pleas filed by both Congress and JD(S).

On Thursday, three rebel Congress MLAs — R Shankar, Ramesh Jarkiholi and Mahesh Kumathalli were disqualified by the Speaker, stating that they have “incurred disqualification under the Tenth Schedule of the Constitution (anti-defection law) and the disqualification would last till the end of the term of the Assembly May 23, 2023.”

These MLAs are barred from contesting the by-elections as well.

Earlier this month, the rebel MLAs had pulled out from the Congress-JD(S) coalition, plunging the coalition government into a minority in the 225-member Assembly, which led to a political crisis in the state.

After days of high-drama and heated debates, the government fell on Tuesday as it lost the trust vote in the House. Following the defeat, HD Kumaraswamy submitted his resignation to Governor Vajubhai Vala at Raj Bhavan, along with his cabinet ministers.

The defeat marked the end of an uneasy coalition that was formed after the assembly polls on May 23, 2018, which returned a hung verdict after three main parties in the state — Congress, BJP and the JD(S) contested against each other in the polls.

BJP Karnataka president BS Yediyurappa took oath as the new Chief Minister of Karnataka on Friday and is set to take the trust vote on Monday. (ANI) 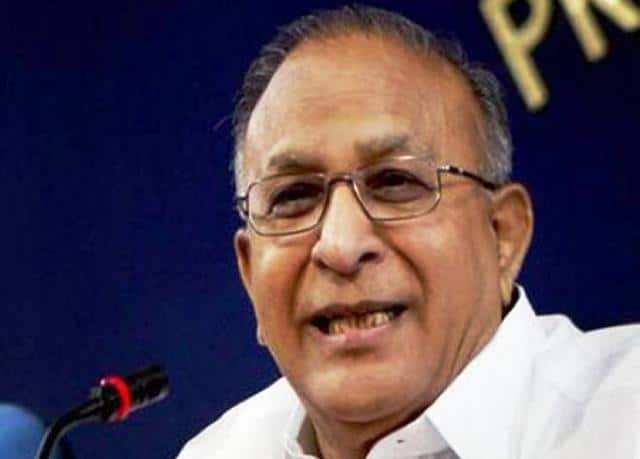 Senior Congress leader and former Union Minister S Jaipal Reddy passed away on the intervening night of July 27-28. He was unwell for the last few days and had been undergoing treatment at a hospital in Hyderabad.

On Saturday night he fell ill again and was shifted to AIG hospital where he was declared dead. He was 77.
Prime Minister Narendra Modi, Congress president Rahul Gandhi and Union Home Minister Amit Shah on Sunday condoled demise of former Union Minister S Jaipal Reddy, who passed away at the age of 77 earlier today.

“Shri Jaipal Reddy had years of experience in public life. He was respected as an articulate speaker and an effective administrator. Saddened by his demise. My thoughts are with his family and well-wishers in this hour of grief,” PMO tweeted quoting the Prime Minister.

Reddy was ailing and breathed his last at 1:30 am in Asian Institute of Gastroenterology in Hyderabad.

Gandhi said that Reddy was an outstanding parliamentarian and dedicated his entire life towards public service.

“Extremely saddened at the unfortunate demise of Sr Congress leader, former Union Min & AICC Spokesperson, Sh S. Jaipal Reddy. He stood for modern values of democracy and was known for impeccable honesty in administration. May his soul rest in peace,” Surjewala tweeted.

Expressing condolences to Reddy’s family, Rajasthan Chief Minister Ashok Gehlot took to Twitter and said that he shared a personal bond with the deceased Congress leader.

“Deeply saddened to learn about the demise of senior Congress leader and former Union Minister Sh. Jaipal Reddy, with whom I shared a personal bond. My heartfelt condolences to his family members, may god give them strength…may his soul rest in peace,” Gehlot tweeted.
(ANI) 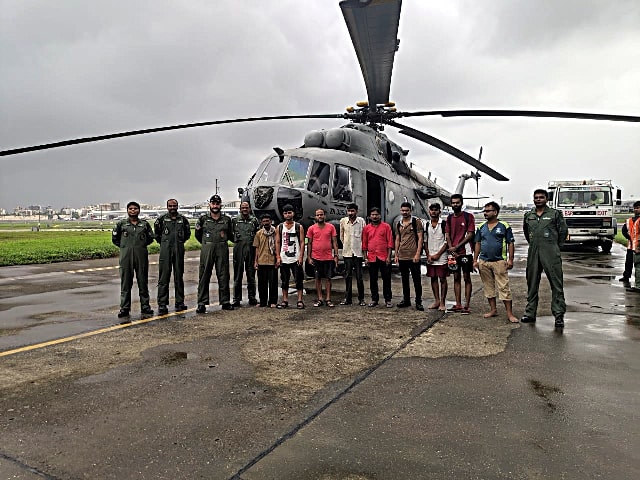 IAF Mi-17 Helicopter responded swiftly to rescue stranded people in a building at Kalyan near Mumbai. A group of nine people have been rescued & dropped to Mumbai airport on Saturday. ]]> 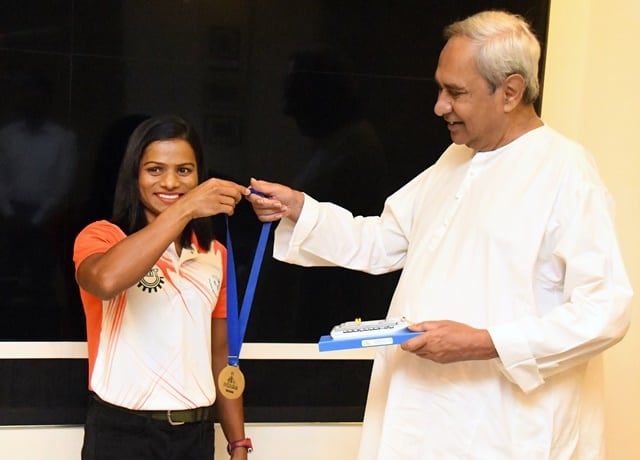 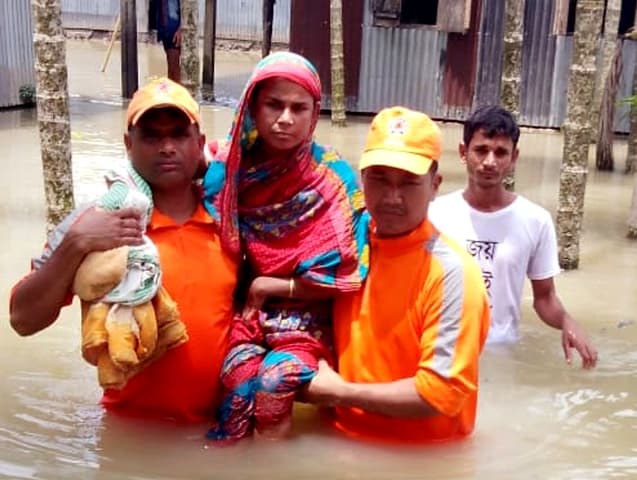 At least 500 passengers including nine pregnant women, who were stranded in Mahalaxmi Express train in Badlapur near Mumbai due to heavy rainfall, have been evacuated with joint efforts of rescue teams.

While speaking to ANI, Sunil Udasi, said that Mahalaxmi Express is halted between Badlapur and Vangani stations as there is 3 feet deep waterlogging on the railway track. “The tracks are close to Ulhas river which is it is even difficult to walk on tracks and carry our rescue operations,” he added.

Three boats are already on the site to rescue the passengers and more boats are being inflated for the rescue operation. At present, several ambulances are present at the spot with a team of 37 doctors including a gynaecologist deployed for emergency situation.

Necessary arrangements like food and water have been made at Sahyadri Mangal Karayalay.

It is worth noticing that Director of Disaster Management Unit, Abhay Yawalkar has also requested Air Command, Air Force, NDRF, Navy and the Military to air lift the stranded passengers in Mahalaxmi Express.

Mumbai-Kolhapur Mahalaxmi Express, with 700 passengers on board, is stranded as torrential rainfall continued to batter Mumbai. The train is held up between Vangani and Badlapur, which is 100 kilometres away from Mumbai, since 3 am today, according to a passenger on board. 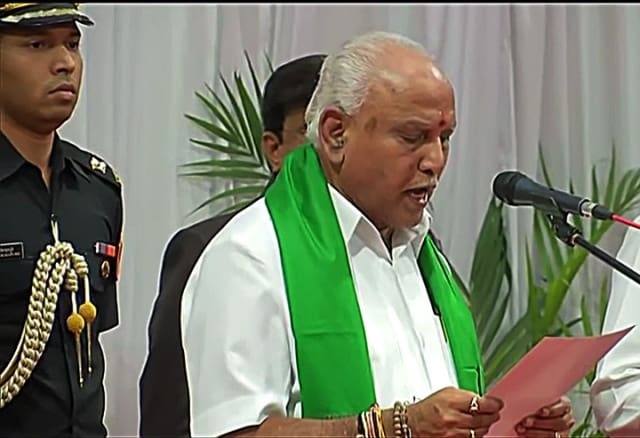 Hours after taking oath as Chief Minister of Karnataka, veteran BJP leader BS Yediyurappa took charge of his office in Bengaluru on Friday. Interestingly, he changed the spellings of his name before the event.

The new BJP government in Karnataka will seek a vote of confidence on July 29 in the state Assembly for which a session is being convened.

Addressing a press conference after first Cabinet meeting, Yediyurappa said the passage of the finance bill would also be taken up after the confidence vote on Monday since salaries have to be withdrawn on July 30.

He was sworn in three days after the fall of the Congress-JD(S) coalition government, bringing the state back under saffron rule yet again.

At a ceremony boycotted by the Congress and the JD(S), the 76-year-old leader, who becomes the 25th chief minister of the state, was administered the oath of office and secrecy by Governor Vajubhai Vala.

Yediyurappa, who took the oath of office for the fourth time, was the only to be sworn in today. He would induct more ministers once he proves his majority. (ANI) 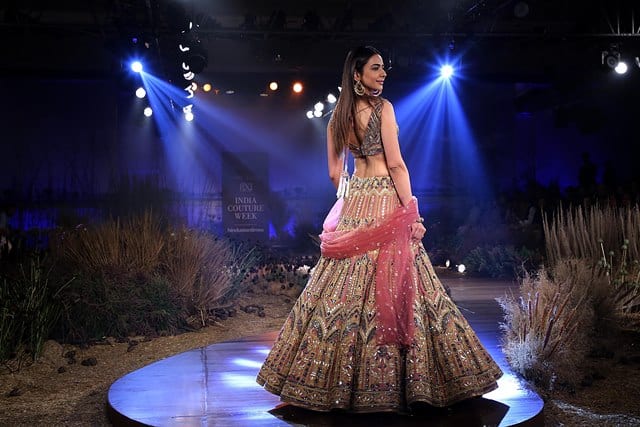 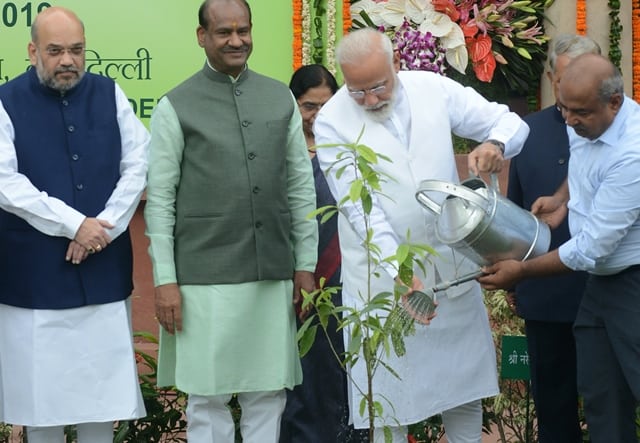 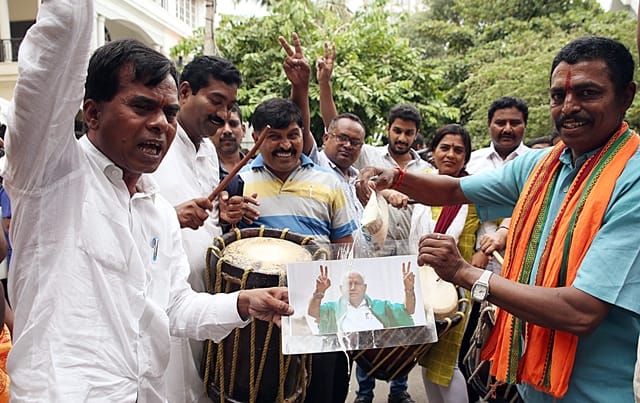 Supporters pouring milk on the photograph of BS Yediyurappa outside his residence at Dollars Colony, BS Yediyurappa who was sworn in as the chief minister of Karnataka at Rajbhavan in Bengaluru on Friday. ]]> 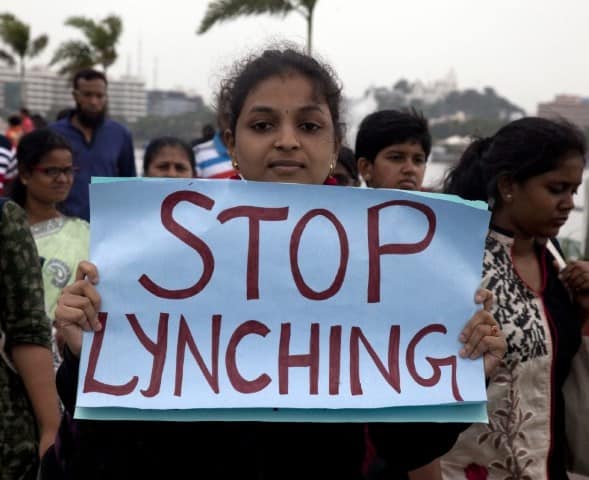 The Supreme Court on Friday issued notice to the Centre and several states on a plea seeking proper implementation of the court’s 2018 judgement laying down guidelines to prevent mob lynching.

ACCIT sought a direction to the states to comply with the apex court’s directions in true letter and spirit as incidents of mob lynching were taking place.

In its verdict of July 17 last year, the Supreme Court had said that “horrendous acts of mobocracy” cannot be allowed to overrun the law of the land and issued a slew of guidelines to deal with mob lynching and cow vigilantism.

The court had ordered the appointment of nodal police officers in all districts, efficient patrolling in areas where there was a possibility of such incidents, and the completion of trial in these cases within six months.